Sales at U.S. retailers probably climbed in January as Americans bought more new cars and shoppers took advantage of post-holiday promotions, a sign that the U.S. economy is recovering, economists said before a report this week.

Before he emerged in a controversial Super Bowl ad as the gravelly voice of Chrysler's resurgence, Clint Eastwood was a critic of the government bailout that saved the U.S. automaker.

U.S. automaker Chrysler Group LLC swung to a full-year net income of $183 million on Wednesday, and made the bold prediction that profit would be eight times higher in 2012, on strong sales in its main U.S. market.

The Dodge Dart is back after 36 years. Chrysler revealed the revived version of the car on Monday, at the North American International Auto Show (NAIA) in Detroit.

U.S. Auto Sales Grow for Third Year, with 'no Clunkers'

A large part of Jesse Toprak's job as the chief automotive industry analyst for TrueCar.com is to advise consumers on which cars to target -- and the clunkers to avoid. In 2011, though, something changed within the United States automotive industry. There are very few, if any, clunkers.

Chrysler has officially ended production of the Dodge Caliber, the company said last week, ending the line's rocky run and paving the way for the Fiat SpA-designed Dodge Dart.

Steven Rattner, the former head of the United States auto task force and dubbed President Barack Obama's car czar, called the auto industry's 2009 bailout an unambiguous success Thursday. But he acknowledged that taxpayers, footing the $82 billion bill to bail out Chrysler, General Motors and Ally Financial, will lose about $14 billion of their investment.

Hourly workers represented by the United Auto Workers ratified a labor deal with Ford Motor Co. on Wednesday, leaving Chrysler as the last U.S. automaker without a finalized contract.

The United Auto Workers union has summoned local officials representing some 26,000 Chrysler Group LLC workers to Detroit as contract talks with the No. 3 U.S. automaker near a turning point.

Ford Motor Co and the United Auto Workers union said on Tuesday they had reached a tentative four-year contract that would allow the automaker to invest almost $5 billion in U.S. plants and create an additional 5,750 jobs.

Workers represented by the United Auto Workers union approved a four-year labor contract with General Motors Co on Wednesday, the first such deal for the top U.S. automaker since its 2009 bankruptcy.

The United Auto Workers expect the pace of talks with Ford Motor Co to quicken now that the sides are tackling economic issues and union President Bob King is at the table, a union official said on Monday.

Over the past two years, Ford Motor Co has roared back from the brink of failure, won accolades for its gains in quality, posted its highest profits in a decade and rewarded patient investors with a 14-fold increase in its share price.

Ford Motor Co has settled a lawsuit in which it accused Italian automaker Ferrari of infringing its trademark for the popular F-150 truck.

The head of General Motors Co's (GM.N) Brazilian unit, Denise Johnson, has stepped down after just eight months on the job, the company said. Johnson's resignation, announced on Tuesday, comes amid a decline in GM's market share in Brazil. 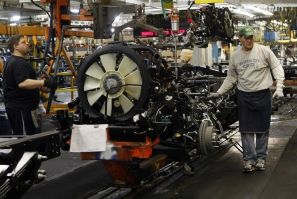 General Motors Co (GM.N) will pay its 45,000 hourly workers in the United States a bonus of at least $4,000 each, the automaker said on Monday. The average employee payout will be finalized by the end of February. The payments will be doled out on March 25, a company spokeswoman said.

Three workers from a high-profile Chrysler plant that makes a crucial new Jeep model were arrested recently for alleged drug use during the workday, the company and police said.

Chrysler Group LLC plans to temporarily shut down its plant in Windsor, Ontario next week due to a shortage of parts, a spokeswoman said on Friday. The plant, which is expected to reopen on February 7

Automobile sales in Brazil reached record high for the fourth consecutive year in 2010, as the country is expected to witness the fastest growth in more than two decades. 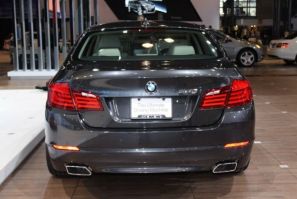