Tanzania has arrested seven suspected Somali pirates after an attack on an oil and gas exploration ship operated by Brazilian petroleum company Petrobras off the coast of the east African country.

The ability of the Kenyan government to protect tourists is called into question after a second kidnapping in a month’s time.

The Kenyan shilling fell nearly one percent against the dollar on Monday on dollar demand from energy sector importers and the interbank market, while stocks were marginally lower as foreign investors sold on global risk aversion.

Kenyan Finance Minister Uhuru Kenyatta, appearing at The Hague on Thursday to try to avoid being tried for crimes against humanity, put the blame for violence that followed an election four years ago on his prime minister.

The U.N. war crimes tribunal for Rwanda on Friday acquitted two former ministers of genocide charges, making them among the most high-profile officials to be found not guilty of playing key roles in the 1994 slaughter of about 800,000 people.

Scarlett Johansson has broken her silence for the first time regarding her nude photos that have been circulating the Internet for the past two weeks.

Wangari Maathai Dead At 71 After Battle With Cancer

Maathai led a grassroots movement of reforestation in Africa that empowered African women.

Four Things You May Not Know About Gary Johnson

Scientists from 16 countries will converge in the Indian Ocean next month and pool their resources to conduct a six-month field study on how tropical weather developed in that ocean affects weather patterns in other parts of the world.

Zambians wary of electoral fraud flocked to the Internet and social media on Tuesday to expose any irregularities in a closely contested presidential and parliamentary poll.

Zambians voted on Tuesday in a closely contested election between President Rupiah Banda and opposition leader Michael Sata, who has been a critic of foreign investment in Africa's biggest copper producer, most notably from China.

Her husband, David Tebbutt, 58, was killed during the attack.

The UK called for the release of a woman kidnapped at a Kenyan beach resort.

At least 75 bodies have been recovered after petrol that had spilled into an open sewer caught fire and sent a wave of flame through a densely populated slum in the Kenyan capital, police said on Monday.

A petrol fire broke out in a densely populated slum in Nairobi, the capital city of Kenya, killing more than 100 people. 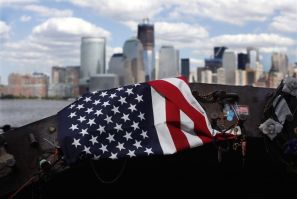 The events of Sept. 11, 2001 stunned the United States and the world, and pushed both in to a new era: The day remains the most important international event since the end of the Cold War with the collapse of the Soviet Union in 1991. 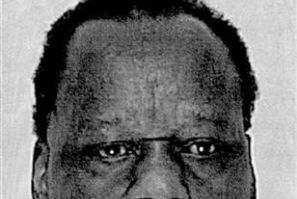 Police arrested Onyango Obama in Massachusetts last month for allegedly driving under the influence. Police has said the sports utility vehicle Onyango Obama was driving failed to make a proper stop at an intersection, and then almost collided with an unmarked vehicle that was being driven by a police officer. 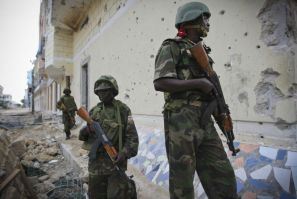 It's an underground prison in the compound of the presidential palace. 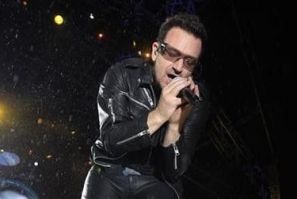 Bono and N'Dour to Hold Famine Concert in Kenya

Irish musician Bono and Senegalese singer Youssou N'Dour are planning a global Olympic-style torch relay, culminating in a concert in Kenya in 2012 to raise funds and awareness about the hunger crisis in the Horn of Africa. 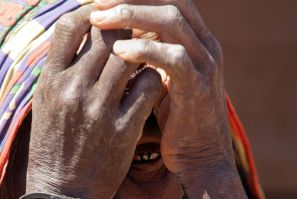 Spurred by a massive drought in the Horn of Africa, the famine in Somalia has already left tens of thousands of people dead. Making matters worse, Somalia's ineffective government has been unable to counter the crisis on its own, and is desperately relying on the humanitarian efforts of foreign powers. 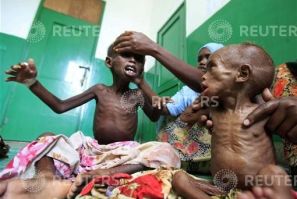 Famine has spread to six out of eight regions in southern Somalia, with 750,000 people facing imminent starvation, the United Nations said on Monday, and hundreds of people are dying each day despite a ramping up of aid relief. 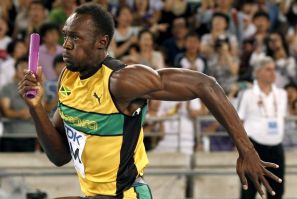