The Kenyan shilling gained against the dollar on Tuesday aided largely by banks selling greenbacks as high interest rates squeezed shillings out of the market, while stocks edged lower in thin volumes.

The top price for Kenyan benchmark grade AA coffee jumped to $630 per 50-kg bag at Tuesday's auction from $514 at the last sale two weeks ago, the Nairobi Coffee Exchange said.

Nairobi Securities Exchange has launched two stock indexes in conjunction with FTSE Group, and said on Tuesday it planned to start one for Treasury bonds next year.

Suspected Somali gunmen attacked a police station and a government vehicle in northern Kenya late on Monday, the latest in a series of assaults on Kenya since it sent troops to fight Somalia's Islamist rebels.

Thousands gathered accross the five boroughs of New York to take part in the 2011 ING New York City Marathon, in what turned out to be a beautiful November day. Along the marathon route, which at points had the festive atmosphere of a parade, people gathered to cheer, play music, watch, or volunteer with the logistics of the event.

The ING NYC Marathon took place Sunday, Nov. 6, and was a huge sensation. Thousands of runners participated in one of the most anticipated contests of the year and the premiere event of the New York Road Runners.

Highlights and photos from the Nov. 6 ING New York City Marathon, including Geoffrey Mutai's record-breaking win, which may get him to the 2012 Olympics, and Amanda McGory's course-setting record for the NYC Marathon's women's wheelchair race.

The Kenyan government made a move this week to begin laying down a framework for regulating bio-prospecting by foreign groups, discouraging bio-piracy and spurring commercialization simultaneously.

Kenya Airways used fuel hedges to protect its bottom line from an escalation in direct costs in its first-half ended September, it said on Thursday, as it prepares to raise funds to finance its expansion.

Somali Islamist militants mounted weapons on roofs, dug trenches and armed students in the port of Kismayu, warning the Kenyan invasion would lead to cataclysmic consequences.

Britain's Prince William and his wife, Catherine, the Duchess of Cambridge landed in Copenhagen, Denmark, on Thursday, on a joint humanitarian mission with the Denmark's Crown Prince Frederik and Princess Mary.

Somali rebel group al-Shabab claimed responsibility for an attack on a Kenyan military convoy on Tuesday, but Kenya is downplaying the size of the attack.

Kenya's central bank bared its teeth against stubbornly high inflation on Tuesday with a record rate rise that is seen supporting the shilling, boosting appetite for long-term bonds and helping secure the approval of extra funds from the IMF.

South Africa's Allied Technologies Ltd is in talks to pay up to $60 million for unlisted Kenyan IT firm Symphony, according to a person familiar with the matter, to help revive its struggling business in fast-growing east Africa.

The International Monetary Fund on Monday trimmed its 2011 growth outlook for Kenya on Monday and backed further funds to boost the country's foreign exchange reserves to help tackle a widening balance of payments gap.

Kenyan shares vaulted 2 percent on Friday to their highest in five weeks as foreign investors trooped back to riskier assets in search of bargains, while the shilling firmed slightly. 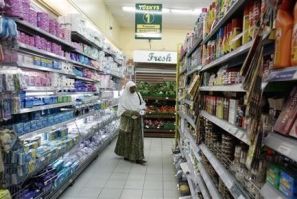 Annual inflation in Kenya rose more than expected to 18.91 percent in October as food, electricity and fuel prices increased along with transport costs, but analysts said it was close to peaking.

Kenya to stop Shabaab fight when nation is safe

Kenya will end its military campaign against the Islamist al Shabaab rebels in Somalia when it is satisfied it has stripped the group of its capacity to attack across the border, its head of military said on Saturday.

Two African Union peacekeepers were injured on Saturday when Somalia's al Shabaab rebels attacked one of the mission's bases in Mogadishu, a spokesman for the force said. 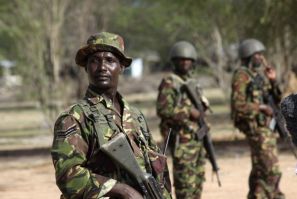 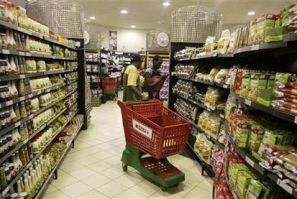 Annual inflation in Kenya rose more than expected to 18.91 percent in October as food, electricity and fuel prices increased along with transport costs, but analysts said it was close to peaking. 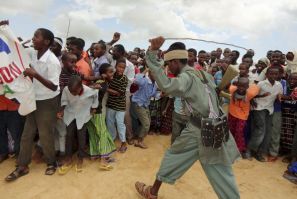