Kenyan authorities believe that Samantha Lewthwaite, widow of 7/7 bomber Germaine Lindsay, may be connected to a foiled Mombasa terror plot.

Saif al-Adel, identified as a senior al-Qaeda leader, has been arrested at Cairo airport in Egypt on Wednesday, security officials said.

Pakistani authorities have demolished al-Qaeda leader Osama bin Laden's hideout. Bin Laden was killed by Navy SEALs operatives nearly nine months ago on May 2, 2011 at the Abottabad compound. Take a look at photos of the demolition by the Pakistani government of bin Laden's Abbottabad hideout.

The technology sector is slowly growing in Kenya, but this weekend a misplaced anchor near the port of Mombasa has damaged high-speed connectivity in East Africa.

Seven al-Shabab militants were reportedly killed during an overnight airstrike in southern Somalia.

Gowan also added to the news service that Despite Annan's personal profile, the key to successful mediation is for him to have genuine political support from across the international system. If the Russians and Chinese don't give him sufficient support, Assad and his supporters are likely to refuse to talk seriously.

Somalia is not the only country known for inflicting such horror on children. During a period of intensified Palestinian–Israeli violence that started in 2000, gunmen surrounded themselves with children while shooting on Israeli forces. Various other reports have also suggested that the Taliban used women and children from their own communities as human shields against coalition forces around the year 2006.

Some of these youths, who have been abducted from their homes and schools, have been subjected to rape and forced marriage.

Valentine’s Day 2012: Beautiful Moments of the Most Romantic Day Captured in Photos

From China to Japan, to the Empire State Building in New York City, people from across the world celebrated the day of love with their loved ones.

President Barack Obama's Kenyan step-grandmother is recovering from shock and bruises after she was involved in a car accident on her way to her village, a relative and hospital official told reporters Monday.

Queen Elizabeth II on Monday, celebrated her Diamond Jubilee, marking her 60th year on the throne.

Somalia Famine is 'Over,' But Millions Still in Danger

The famine is Somalia is officially over, the United Nations said on Friday.

Kenyan finance minister Uhuru Kenyatta has found that being charged with war crimes by the International Criminal Court is not good for one's political career.

In the wake of the forceful evacuation of Samburu tribe, the German Travel Association has warned the Kenyan government that it will not help promoting Kenya as an attractive destination.

Ethiopia's government has seized land from 70,000 indigenous farmers, giving it to commercial developers while leaving the farmers without adequate food or resources, according to a new Human Rights Watch report.

Africa-focused gold producer Goldplat has poured the first bar of gold from its Kilimapesa mine in Kenya, marking the beginning of production in the east African country's first gold project, the company said on Tuesday. 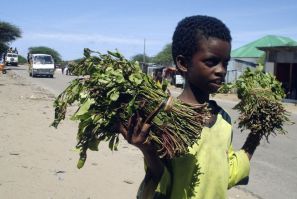 Khat is increasingly popular in Europe, with the Netherlands as a key transport hub. 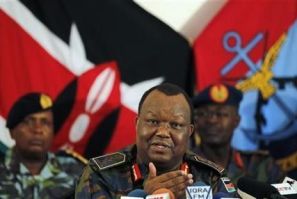 The UK Foreign Office said it thinks that terrorists are in the “final stages” of planning attacks in Nairobi and perhaps elsewhere in Kenya. 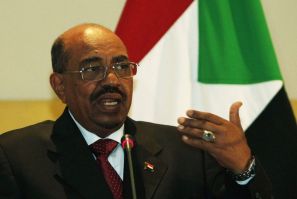 Bashir is regarded as a war criminal in the West and is wanted by the International Criminal Court (ICC) on charges he committed genocide in connection with the mass murder of people in the Darfur. 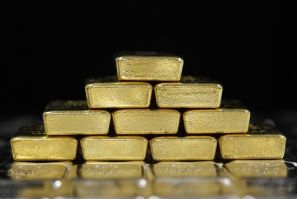 Heavily armed robbers tried to steal a stack of gold bars from a plane at an airstrip near a mine in Tanzania owned by AngloGold Ashanti but were thwarted by the country's police.

At Least 7 Killed in Boat Collision off Kenya Coast

At least seven people died Sunday evening when a boat carrying dozens of passengers capsized after hitting another vessel off the Kenyan island of Lamu, the Kenya Red Cross said.