Kenya said Somalia's al Shabaab militants were on the run after it deployed more troops and struck rebel targets by air to secure its border from rebels Nairobi accuses of kidnapping foreigners on its soil.

Kenya's shilling gained slightly against the dollar on Friday as commercial banks and the central bank sold dollars, while stocks edged up.

Burundi is East Africa's most corrupt country for the second year in a row, with the region's police, revenue authorities and the judiciary rated as the worst offenders, a Transparency International (TI)survey showed on Friday.

The African force protecting Somalia's government acknowledged on Friday at least 10 of its troops had been killed in battle in Mogadishu and said the true toll could still climb, after rebels showed dozens of bodies.

Italian oil group Eni said on Thursday it had made a giant natural gas discovery off Mozambique, the biggest in its history, confirming expectations that East Africa is set to emerge as a major gas exporter after recent finds.

Cooperation between Somalia's al Qaeda linked militants and pirate gangs is growing as the al Shabaab group becomes more desperate for funding, the head of the U.N.'s counter-piracy unit said on Thursday.

Kenya operation in Somalia must not be drawn out: Annan

Kenya must take care not to let its cross-border incursion into Somalia to secure its border from al Qaeda-linked militants turn into a drawn-out campaign, former United Nations secretary-general Kofi Annan said on Thursday.

Kenyan and Somali troops advanced on an Islamist-held town in southern Somalia on Thursday and African Union peacekeepers moved on one of the last pockets under militant control in the capital Mogadishu.

Kenyan Officials Show up in Somalia, Promise no Occupation

Somali militants linked to al Qaeda prepared to defend a town in southern Somalia on Tuesday from advancing Kenyan and government troops, while a suicide car bomb killed six people in the capital during a visit by a Kenyan minister.

A Kenyan member of parliament said on Tuesday he would propose a bill to regulate banks' lending and deposit rates to stop their 'sheer exploitation' and to mobilise funds for economic activities.

Kenyan Incursion Into Somalia Raises Alarms in Horn of Africa

Hundreds of al-Shabab fighters have amassed at a location where they believe Kenyan forces that crossed into.

The Kenyan shilling reversed earlier losses to close firmer against the dollar on Monday for the fourth straight session, helped by new limits on the amount of foreign exchange banks can hold, while stocks edged up on bets the recent sell-off was overdone.

Intense rains have disrupted operations at Kenya's only port, delaying the delivery of grain, sugar and coal, while a queue of vessels waiting to offload cargo is building up, its operator said on Monday.

Al Qaeda linked al Shabaab militants rushed reinforcements to Somalia's southern border with Kenya on Monday in response to a Kenyan cross-border offensive and theatened to take the flames of war across.

Kenya deployed columns of troops into neighbouring Somalia and launched an offensive against al-Shabaab militants on Sunday, helping to drive the al-Qaida-linked militants out of two bases.

Kenya's tax revenues for first quarter of fiscal 2011/12 (July-June) year rose 15 percent to 161 billion shillings compared with the same period a year ago, lifted by a jump in trade and domestic taxes, and was seen higher in he second quarter, its revenue body said.

Kenya Airways shareholders approved on Friday its plan for a rights issue to raise an unspecified amount of money to fund route and fleet expansion. 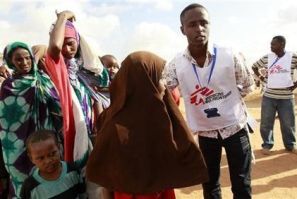 The U.N. refugee agency (UNHCR) said on Friday it had suspended non-critical operations at Kenya's Dadaab refugee camp as security forces scoured the region for two Spanish aid workers kidnapped from there a day earlier.

Gunmen kidnapped two Spanish women working for Medecins Sans Frontieres (MSF) at Kenya's Dadaab refugee camp on Thursday, the third abduction of Westerners in Kenya by attackers linked to Somalia in a month.

Malawi to allow Sudan's Bashir in for summit

Malawi will allow Sudanese President Omar al-Bashir into the country for a regional trade summit starting on Friday and has no plans to arrest him under an International Criminal Court warrant, a senior government official said on Thursday. 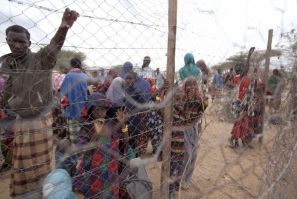 Kenyan police told Reuters that both kidnap victims are women and that they believe al-Shabab, the Somali militant group linked to al-Qaeda, are responsible. 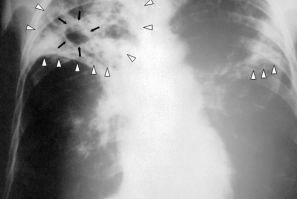 The number of people getting sick with tuberculosis has dropped for the first time, while the death toll from the disease reached its lowest level in a decade, helped by progress in countries like China, the World Health Organization said on Tuesday. 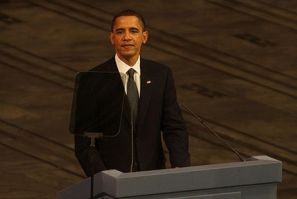