Hudson's Bay Co., the owner of Lord & Taylor and North America's oldest continuously operating retailer, plans to go public on the Toronto Stock Exchange by November in one of the biggest retailer offerings since the financial crisis began, according to reports.

A 70-year-old security worker for the exchange was hit by a truck while eating Chinese food outside and died on the sidewalk Thursday.

Exchange operator CME Group Inc. (Nasdaq:CME) is opening a hot new table in the global financial casino, pushed to set up a derivatives exchange in London by clients who can't be bothered to comply with U.S. law.

Knight Capital Group Inc. (NYSE:KCG) saw shares in the company drop precipitously early Monday -- at one point losing over 7 percent of their value -- as the bruised-up broker-dealer continued to pick itself up less than two weeks after a trading algorithm gone berserk saddled the firm with $440 million in losses.

The New York Stock Exchange said on Monday it is in talks with U.S. securities regulators to settle allegations that the exchange violated rules intended to promote fair competition.

The reaction to a market disturbance the affected the price of stock in hundreds of companies early Wednesday was markedly muted late in the day, as market participants, exchange operators and regulators were still trying to get a grasp on exactly what had just occurred.

NYSE Gets OK To Compete Directly With 'Dark Pools'

The owner of the New York Stock Exchange, whose share of trading in companies it lists has fallen in the last nine years to below 25 percent from 82 percent, received approval from U.S. regulators to offer similar services to rivals who are taking its customers.

Claims by four of Wall Street's main market makers against Nasdaq over Facebook's botched IPO are likely to exceed $100 million, as they and other traders continue to deal with thousands of problems with customer orders.

Stock index futures pointed to a lower opening on Wall Street on Wednesday, with futures for the S&P 500 and Dow Jones down around 0.1 percent, while the Nasdaq 100 fell 0.4 percent at 4:10 a.m. EDT.

U.S. stock index futures pointed to a steady open on Wall Street on Monday, with futures for the Nasdaq 100, the S&P 500 and the Dow Jones staying flat.

Deutsche Börse AG, the operator of the Frankfurt stock exchange, announced Tuesday that it will appeal the decision by European antitrust regulators to block its planned merger with NYSE Euronext, the New York Times said.

Goldman Sachs Group has suspended coverage of 18 discount brokers, exchanges and small investment banks because the analyst who follows them has left the firm.

Exchange operator Nasdaq OMX is trying to gain support for a legislative proposal that would give it a competitive edge over both rival exchanges and banks that operate anonymous trading venues known as "dark pools."

Stock index futures fell on Friday as the latest setback in Greek negotiations for a bailout package put the S&P 500 on track to snap a three-day winning streak.

NYSE Euronext signaled it would shift focus to faster-growing areas like supplying computer systems and information from trading, as the U.S. exchange looks to an independent future following the collapse of a takeover by Deutsche Boerse. 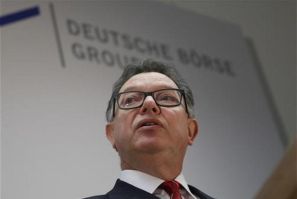 D.Boerse CEO eyes new allies as NYSE deal crumbles Deutsche Boerse does not believe it can survive in the long term without a new partner despite the collapse of its proposed $7.4 billion merger with NYSE Euronext , its chief executive told a German newspaper. 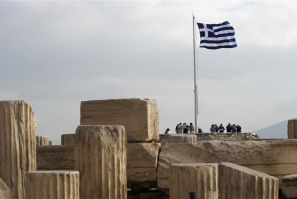 Europe will again be at the center of investors' focus this week as the U.S. earnings season passes the halfway mark and there is little on the economic calendar to give the market direction. 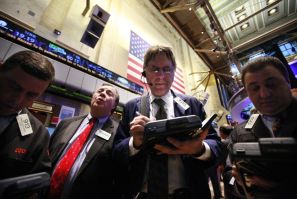 Europe will again be at the center of investors' focus next week as the U.S. earnings season passes the halfway mark and there is little on the economic calendar to give the market direction. European Union regulators have blocked the merger of exchange operators Deutsche Boerse and NYSE Euronext to avoid giving them a stranglehold on the European futures market.