Cryptojacking scripts that use a victim's machine to mine for cryptocurrency can be activated through Microsoft Word documents.

Security researchers say millions of Android devices have been hit by a "drive by" campaign designed to mine for the cryptocurrency Monero.

Thousands Of Websites Hit By Cryptomining

Thousands of websites—including those government sites in the United States and United Kingdom—were discovered to be hosting cryptomining software.

Chrome Will Mark All HTTP Sites 'Not Secure' Starting July 2018

Starting July 2018, Google Chrome will mark sites that do not have HTTPS encryption as "not secure."

The source code for iBoot, which ensures a secure load of iOS on devices, was leaked on GitHub on Wednesday.

Investors in the cryptocurrency IOTA lost nearly $4 million as a result of a nearly six-month long phishing scheme carried out by a single hacker.

A major security vulnerability discovered in an application from game maker Blizzard put millions of gamers at risk to remote code execution attacks.

Just 10 Percent Of Gmail Users Use Two-Factor Authentication. Here's How To Enable It

Just 10 percent of Gmail users have two-factor authentication enabled to sign into their accounts. Here is how to set up the security feature.

Man Arrested For Spying On Mac Users For 13 Years

The maker of the mysterious Mac malware Fruitfly was arrested and charged with spying on victims for more than 13 years.

MacOS Suffers Another Password Flaw, This Time In App Store

A security bug in macOS 10.13 High Sierra allows App Store preferences to be changed without requiring a password.

The Tor Browser received its first stable release update for its next-generation browser that offers additional privacy and security.

Amazon Turned Over More Customer Data Than Ever To Law Enforcement

Amazon released its annual transparency report, in which it revealed that it has responded to a record amount of government requests for customer information.

How To Protect Against Meltdown And Spectre: Patches For Windows, MacOS, Android

Security flaws Meltdown and Spectre pose major threats to just about every computer from the last two decades. Here is how to protect against the attacks.

More than a decade's worth of Intel processors have been plagued by a security flaw—an the fix for it could slow down machines.

A hacking tool called Spotify Cracker is being used by hackers to compromise thousands of Spotify accounts at once.

North Korean Hackers Hijacking Computers To Mine For Cryptocurrencies

Hackers working for the North Korean government are reportedly hijacking computers and using them to mine for cryptocurrencies.

If you shopped at Forever 21 this year, be careful. The company confirmed hackers accessed some credit card information from customers throughout most of the year.

While a number of Spotify users have reported receiving third-party emails about a possible breach, the streaming music service says it has not been hacked.

Pinterest accounts are reportedly being hacked but the social network claims that it has not experienced a security breach.

How To Remove The 'Looking Glass' Add-On On Firefox

Mozilla installed an add-on called Looking Glass without the permission of Firefox browser users. Here is how to remove it.

A database containing files on registered voters in California was left exposed online, resulting in the database being stolen and used to extort the state government. 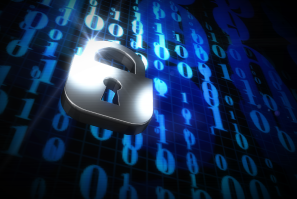 Is Tor Browser Safe, Signal App Private? Snowden Says FBI Should Use Them

Edward Snowden recommended using the Tor Browser and Signal app to keep online activity private. How safe are those tools?

Man Robbed At Gunpoint Of Nearly $2 Million In Cryptocurrency

A 35-year-old New York man is accused of participating in a kidnapping that resulted in the victim being robbed of $1.8 million worth of the cryptocurrency Ether at gunpoint.
Latest news
A Starbucks Was Using Customer Computers To Mine For Monero Cryptocurrency
Don't Download This Word File: New Ransomware Deletes Victim's Files In 96 Hours
Cryptocurrency Exchange Bitfinex Hit By DDoS Attack
How To Opt Out Of Reddit User Activity Tracking
Zero-Day Bug In iOS HomeKit Allows Remote Access To Smart Devices
EDITOR'S PICK