More Americans Are Moving To Canada

The number of U.S. citizens renouncing their citizenship jumped 26 percent in 2016.

The IDES will allow the IRS and partner countries to share information to crack down on tax avoidance.

In Asia, only Japan has signed intergovernmental deals to be FATCA-compliant while banks say compliance would be a costly exercise.

For Romney, Smartest Move Would Be To Release Tax Returns

Presumptive Republican Party presidential nominee Mitt Romney has not released several U.S. income tax reports, but if history is any indicator, from an electoral standpoint, this is exactly the opposite of what he should do.

Will Obamacare Increase Your Taxes? For Some, Yes

Taxes may rise modestly for average Americans and more sharply for wealthier citizens as a result of the Patient Protection and Affordable Care Act (ACA), also known as Obamacare.

India has delayed for a year the implementation of controversial rules, first announced in mid-March, to combat tax-avoidance, Finance Minister Pranab Mukherjee told lawmakers in New Delhi on Monday.

In an interim relief to the foreign investors, Indian Finance Minister Pranab Mukherjee Monday said that the government would delay the implementation of the General Anti-Avoidance Rules (GAAR) by one year.

The sharp decline in the Indian rupee coupled with strong demand for the dollar forced the Reserve Bank of India (RBI) to intervene and announce measures to ease the pressure on of the rupee.

India on Friday allayed US allegations that the proposed retrospective amendments to the Indian tax laws are discriminatory and will adversely impact the US investments.Indian Finance Minister Pranab Mukherjee told Lok Sabha that the proposed amendments will not have any negative impact on the foreign investments. His clarification came after the new US ambassador to India Nancy Powell raised the issue in a business meeting on Friday at New Delhi.

Sprint Nextel Corp., which is the third-biggest mobile service provider in the U.S., has been sued by the state of New York for allegedly not collecting or paying millions of dollars in taxes. Though Sprint denies these accusations, the company stands to pay more than $300 million if the claims are proven true.

The justices Monday heard debate as to whether Americans can challenge the Affordable Care Act's insurance-purchase requirement even though that part of the law isn't scheduled to take effect until 2014.

The Supreme Court will begin a three-day review of the Affordable Care Act, known to some as either the health care reform or Obamacare, on Monday, which will go down in history as a landmark case, perhaps the most monumental in more than a decade. Justices will decide whether the mandate, which would require all Americans to buy health care, for the 2010 Affordable Care Act is constitutional or not. Here are 10 things to know about the landmark Affordable Care Act case.

The new law, which has been the source of fierce battles between industry and government officials for two years, will affect around 30 companies, including international mining giants BHP Billiton, Rio Tinto and Xstrata.

The Obama administration on Wednesday will propose cutting the top tax rate for corporations to 28 percent, and pay for it by eliminating dozens of tax loopholes companies now use to lower their rates, a senior administration official said.

U.S. President Barack Obama will call for cutting the top 35 percent corporate tax rate as early as this month, according to two sources close to the administration. The president is likely to propose a rate closer to an average of those seen in peer nations, the sources said.

Vodafone, challenging the tax bill over its $11 billion deal to buy Hutchison Whampoa Ltd's Indian mobile business in 2007, had appealed to the Supreme Court after losing the case in the Bombay High Court in 2010. 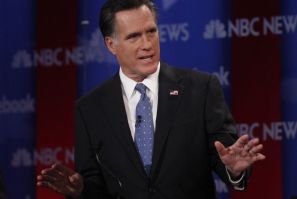 Romney’s Tax Rate is About 15% - The Bain of His Political Existence?

Republican presidential candidate Mitt Romney’s admission that his income tax rate was “probably closer to 15 percent than anything” may re-ignite the debate on the lower tax rate for capital gains and carried interest than for ordinary income -- the income category for most typical Americans. 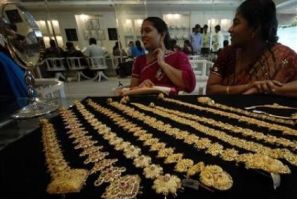 Gold fell to a three-month low on Thursday as prices were weighed down by a firm dollar, while investors remained cautious ahead of an important Italian bond auction later in the day. 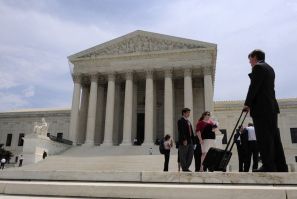 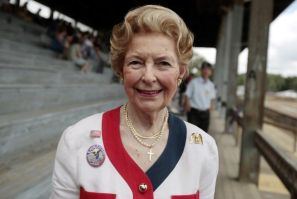 Phyllis Schlafly, the conservative activist who spearheaded the anti-feminist movement in the 1970s, has endorsed Michele Bachmann for the Republican presidential nomination. 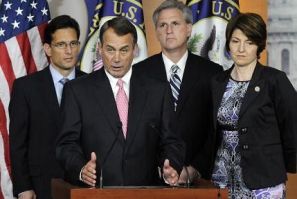 The Republican brand, built on a rock-solid no new tax pledge to voters, is showing a few cracks as internal party divisions erupt in the face of rapidly escalating U.S. government debt.

The Supreme Court Friday tapped two lawyers to argue issues on health care reform law that put the Obama administration and the Affordable Care Act's critics on the same page.