World Bank's Malpass, Under Fire On Climate Views, Says No Shareholders Asked Him To Resign

World Bank President David Malpass on Friday said none of the global development bank's shareholders have asked him to resign despite a wave of criticism this week after he declined to say whether he accepts the scientific consensus on global warming.

Brazil's government admitted that its estimates for coffee crops over recent years have problems and need improvements to better reflect the reality, since the numbers for production have been smaller than the sum of local consumption plus exports.

If rich nations think the pandemic is over, they should help lower-income countries reach that point too, a senior World Health Organization official told Reuters.

Sri Lanka expects the International Monetary Fund board to approve a $2.9 billion loan by year-end, officials from the country's central bank told investors during a virtual presentation on Friday, sources participating in the event said.

Traffic into Finland over its border with Russia was heavy on Friday, with the number of Russians crossing rising steadily since President Vladimir Putin ordered a military mobilisation, border guards said.

Young activists rallied for climate action on Friday, staging protests from New Zealand and Japan to Germany and the Democratic Republic of Congo to demand that rich countries pay for the damage that global warming is inflicting upon the poor.

The popular revolt in Iran triggered by the death of a woman held by police is unlikely to pose an immediate threat to clerical rulers whose elite security forces have crushed one protest after another in recent years.

War crimes including rape, torture and confinement of children have been committed in Russian-occupied areas of Ukraine, the head of a U.N.-mandated investigation body said on Friday.

The incident came to light after the mother brought her unresponsive baby to a hospital.

A United Nations committee found on Friday that Australia had violated the human rights of a group of islanders off its north coast by failing to adequately protect them from the impacts of climate change, such as by cutting greenhouse gas emissions.

Russian men who were arrested after protesting against Putin's partial mobilization were also conscripted into the military, reports said. 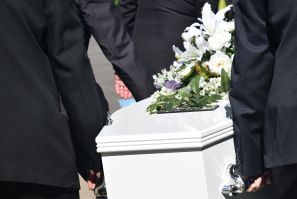 'Dead' Woman Returns Home After 3 Days, Appears At Her Own Funeral

The woman was reportedly shocked to see her obituary posters stuck on walls on the way leading to her house. 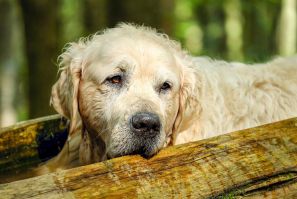 When the police arrived at her residence to arrest her, the woman blamed the incident on her dog. 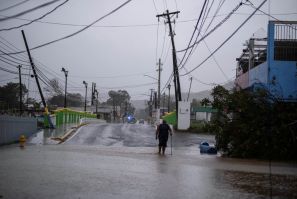 Medical device companies and some drugmakers with manufacturing operations in Puerto Rico said they do not expect meaningful disruption from Hurricane Fiona, which knocked out power for over 3 million people and caused flooding and landslides on the island. 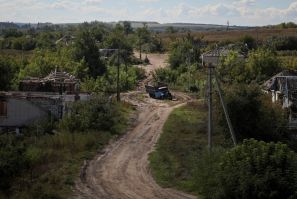 Villagers in Kamyanka in eastern Ukraine are digging up mines as well as potatoes as they slowly rebuild their lives after six devastating months of Russian occupation. 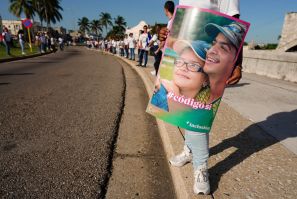 Cubans will cast ballots this Sunday on whether to approve a new 'family code' that would legalize gay marriage and boost women's rights, with the government urging citizens to vote "yes" despite anger over the worst economic crisis in decades.

Bisexual Visibility Day or Celebrate Bisexuality Day is marked to bring awareness about bisexuality and to dispel the myths connected to it. 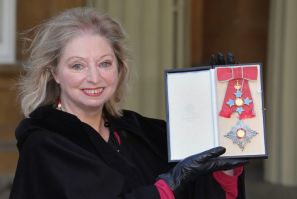 The doctor drove through heavy downpour, strong winds and flying debris to get to her patient in labor.

The USS Higgins and HMCS Vancouver transited the Taiwan Strait on Tuesday in a joint operation to reinforce the route's status as an international waterway.

As China sees itself stuck in an ideological battle of global dominance with the West, Beijing's brand of diplomacy won't be about playing nice.

US Diplomacy Outmaneuvers China, Averts Crisis In The Pacific

China's ambitions in the Pacific have expanded in the last 5 -10 years and Washington sought to outmaneuver Beijing with the U.S.-Pacific Island Country Summit.

The South Korean spy agency's assessment comes after Seoul and Washington said the North is ready to conduct a nuclear test at any time in the foreseeable future.

Three Women Jailed For Trying To Sell Baby On Social Media For $3,200

The child's mother claimed during interrogation that she sold her child because she needed money, according to reports.

Accounts linked to the activist group have already claimed responsibility for taking down Iranian and state-affiliated websites.

Russia Willing To End Conflict In Ukraine As Soon As Possible: Erdogan

After Drifting Away From The West, Turkey Turns To China-Led Bloc

12-Year-Old Texas Girl Who Shot Father, Herself Has Died: Police

The girl's father is expected to fully recover from the attempt on his life, police said.

Man Raped Girl For Years Until She Was 12, Had 'Regular Access' To Victim

The man regularly sexually assaulted the victim when he babysat and stayed the night in the same residence as the victim.