Doctor Who Defrauded Alberta Government Of $800,000 Gets 4 Years In Prison

The physician claimed false billings in 2016 for non-existent psychiatric counseling and treatment for hundreds of patients.

Protests in Iran have entered their second month, and security forces are cracking down on unrest.

Mexican authorities confirmed they are now investigating Shanquella Robinson's death as a possible femicide following an international investigation triggered by the FBI and State Department.

The doctors said the man, who has not been identified, was admitted to the hospital with abdominal swelling.

Four doctors and three paramedical staff members of the private hospital in the Indian state of Chhattisgarh have been charged with negligence.

The horses were allegedly used by personnel to chase escaped inmates, while the snakes were for controlling pests.

The police told local media that the accused allegedly strangled his partner after he suspected her of cheating on him.

Ukrainian Surgeons Continue Heart Surgery In The Dark Amid Blackouts

More than 10 million Ukrainians have been left without power following Russia's missile attacks.

The report says the 27-year-old Russian soldier expressed his opposition to the war and was demoted from his rank.

The FSRA in UAE, which regulates Abu Dhabi's financial hub, released a list of guiding principles on its approach to digital asset supervision and regulation in September.

As Ukraine War Drags On, US Running Low On Some High-End Weapons: Report

The shortage is primarily due to the high demand in Ukraine.

Around 30 women were scheduled to undergo the procedure, but seven fled from the establishment due to fear, officials said.

Student Tells Dad Uncle Raped Her, Parent Reacts By Raping Her As Well

The 17-year-old girl said she was also molested by her grandfather.

The mayor of Melitopol in Ukraine said resistance forces destroyed an ammunition depot and a railway bridge used by Russian troops to transport heavy weapons. 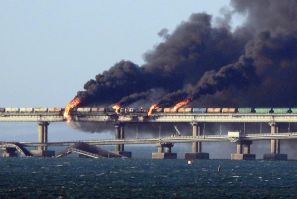 Kremlin spokesman Dmitry Peskov reportedly said that they are carrying out missile strikes in Ukraine after the latter refused to negotiate with Moscow. 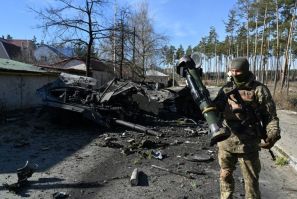 Russian forces are experiencing low morale amid reports of Russia's losses in Ukraine. 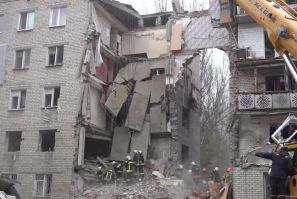 The Russian state TV host also called on Moscow to double down on producing the equipment Russia needs for its war in Ukraine. 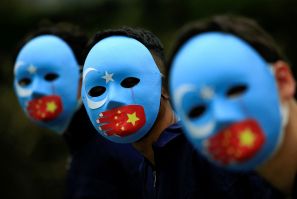 China Pays Citizens To Marry Muslims In Effort To Wipe Out Uyghurs: Report 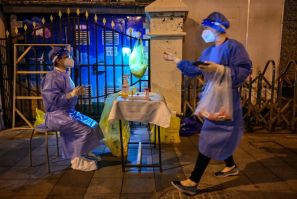 Rare Protests In China Over 'Zero-Covid' Policy As Cases Rise

Chinese citizens are expressing their impatience with the Covid lockdown policies and taking to the streets in rare protests. Police have filed a murder case against the two accused who are still on the run, according to reports. 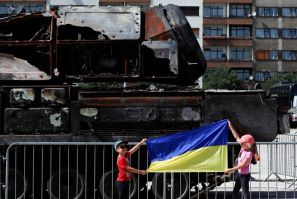