Pieces from the Oleksii Shovkunenko Kherson Art Museum have been transferred to Ukraine's annexed Crimean Peninsula, according to reports.

With a new alliance of far-right and religious parties in power, fear is that the new government in Israel may pursue the annexation of parts of the West Bank.

Xi Jinping Tells PLA To 'Focus' On 'Preparation For War'

Pitching it as a humanitarian move, Russia has, for years, strategically used the issuance of its passport as a tool to extend its authority.

The FTX debacle is a massive loss for the cryptocurrency industry, which has labored over the past year to establish its name as a reliable digital asset that allows people to buy, sell or trade them securely.

The Poseidon is nicknamed "city killer" for the radioactive tsunami it can cause to inundate coastal cities, and is also referred to as the "doomsday drone" or "weapon of the Apocalypse."

Reports of suicides among Russian soldiers in Ukraine could be a sign that panic is spreading through Russia's ranks.

Nearly 80,000 Russian Soldiers Have Died In Ukraine; 740 Deaths In One Day

Most of Russia's recent losses were sustained in Ukraine's partially occupied Donetsk region, according to the Ukrainian military.

President Volodymyr Zelensky added that the unexploded munitions were found in critical infrastructure and civilian facilities.

Russia Preparing A 'Massive Attack' On Ukraine, Stockpiling On Missiles

The warning was made by Ukrainian Air Force spokesperson Yuriy Ignat.

The man had a history of "episodic mental health including anxiety, low mood and depression" before his death, an inquest heard.

Brothers Murder Their Sister For Having Extramarital Affair

Mahjabi and her lover were killed by her brothers after running away from their village to continue their relationship.

The man falsely claimed he attacked his mother because she was possessed by an evil spirit, according to reports.

The police in the Indian state of Assam said the girl was sexually assaulted on Nov. 1.

While the Russians could use the retreat from Kherson to reset their troops for a spring offensive, it also provides a window of opportunity for negotiation.

10 Dead After Fire Blazed Through Cramped Migrant Lodgings In Maldives

The victims were found on the upper floor of the building that was damaged in the fire. 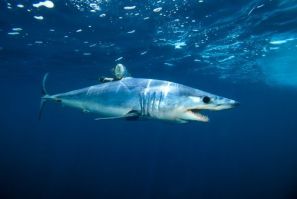 The wild encounter took place while a fishing group was looking for kingfish. 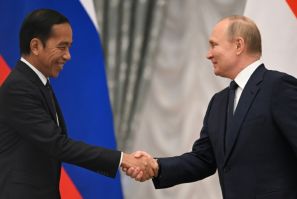 Even Without Putin, Russia's War Remains A Sticking Point At G20 Summit

Given that the forum is divided over Russia's war in Ukraine, as well as other issues, work in the G20 has proven to be especially tricky this year. Western weapons that "fell into Russian hands" were part of a shipment of U.K. and U.S. military equipment intended for the Ukrainian military. 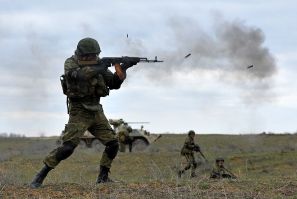 One woman screamed "it hurts" and "let it go" as she was dragged to the stage, according to reports. 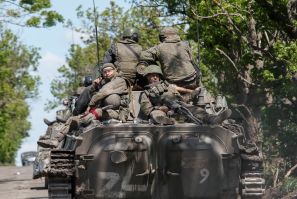 780 More Russian Soldiers Died In Ukraine On Wednesday; 77,950 In Total

Russian forces were ordered to pull out of the Ukrainian city of Kherson, the only regional capital Russia was able to capture since it invaded Ukraine. 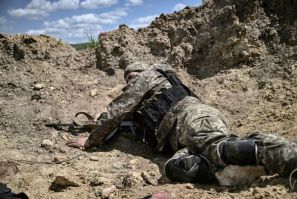 The soldiers were also having difficulties receiving the wages they were promised for joining the Russian army, Ukrainian authorities said. 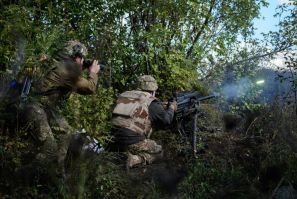