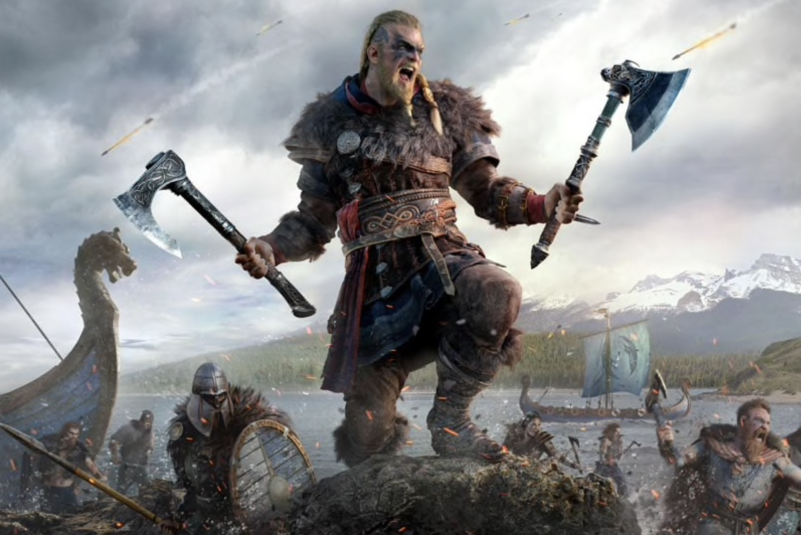 "Cyberpunk 2077" players might soon engage in various gigs, side jobs and missions aboard the Orbital Air Space Center.

"Elden Ring" could make an appearance at the upcoming The Game Awards 2020, according to a new leak.

There was a massive leak of source code and images featuring characters in early stages of development in classic Nintendo games that has been going viral on social media over the past few days.

In 2019, the FBI designated the fringe right-wing conspiracy group as a national security threat.

Sgt. Steven Carillo was charged with 19 felonies in alleged ambush of police, killing one and wounding two others.

“Dead Island 2” is still in development, but there is no specific release date.

A hospital in Santa Cruz, California, received an anonymous donation in the amount of $1 million for its employees fighting the dreaded coronavirus.

A recent statement from Ubisoft may have given away the release schedule and platform of its next “Assassin’s Creed” game.

The Army and Navy will be investigating apparent instances of "white power" hand symbols that appeared during a televised Army-Navy football game.

The Pokemon Company Is Suing 'Pokemon Sword And Shield' Leakers

The Pokemon Company is taking legal action against those who leaked confidential information about the recently released “Pokemon” games “Pokemon Sword” and “Pokemon Shield.”

After the 4chan prophecy failed to fulfill its $16,000 Bitcoin prediction in October, Binance CEO Changpeng Zhao still sees the steep price to be in play.

Hong Kong's protesters are demanding the right to elect their leaders

After the Christchurch mosque attacks, governments and tech firms joined hands in a bid to eradicate extremism and terrorism online

Queen Elizabeth has another codename other than "London Bridge."

Protesters in Hong Kong dubbed the celebrations a 'Day of Grief', and took to the streets in huge numbers

Rumor: Playstation All Stars Battle Royale 2 For PlayStation 5 In 2020

The rumor mill is now churning on a possible release of a new Playstation All Stars Battle Royale title for the PlayStation 5.

The online community is rife with speculations about the next character that “Super Smash Bros. Ultimate” will have in a few weeks’ time. If a leak is to be believed, however, it’s going to be someone people aren’t really hoping for.

A new leak claims that the highly anticipated “Pokemon Sword and Shield” games will be arriving later this year, following a slew of events promoting the said “Pokemon" titles.

Called VPNhub, in line with Pronhub’s own name, the service claims to offer “free and unlimited” data bandwidth even in the free version.

The audience reviews of "Star Wars: the Last Jedi" have been surprisingly negative given the popularity of the film, leading some to believe there has been an organized campaign to tank the film's score.

Mike Cernovich promoted the "Pizzagate" conspiracy theory which said a number of restaurants and members of the Democratic Party were involved in "sex cults" and "human trafficking."

While bump can be a term used for cocaine, that’s not what it means on 4chan.

The creator of the Google News feature expressed his dismay at fake 4chan results during the Las Vegas shooting -- and says the algorithm problem runs much deeper.

4chan misidentified the shooter responsible for the mass shooting in Las Vegas—and Google promoted the false information in its search results.

An anonymous forum used by employees at Facebook took an ugly turn during the presidential election, forcing the company to shut it down.
About 4chan