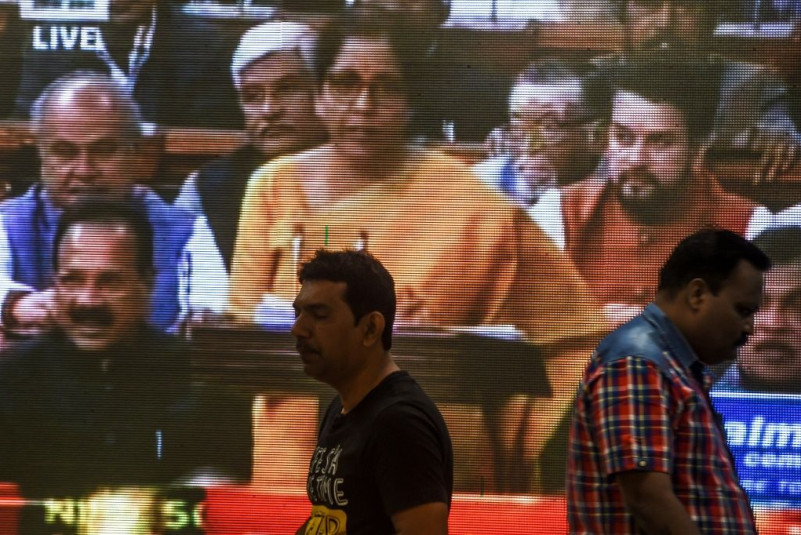 Indian Finance Minister Nirmala Sitharaman said that the RBI is framing regulations for cryptocurrencies keeping in mind that these blockchain-based assets are prohibited.

T Rabi Sankar, said that the launch of CBDCs will erase the existing usage of cryptocurrencies.

Indian Central Bank To Introduce CBDC In Phases; Sets Up An Innovation Hub

The Reserve Bank of India plans to launch the nation's official CBDC in a phased manner and has set up the Reserve Bank Innovation Hub (RBIH) with headquarters in Bengaluru.

The Reserve Bank of India official's remarks come days after his boss and governor of the central bank, Shaktikanta Das, warned crypto investors to exercise caution, saying that investing in crypto is worse than tulipmania because it has no underlying value.

More than any question about financial regulation and control, it is India's worries unregulated crypto networks could lead to increased terror financing that could swing the government's regulatory stick over cryptos.

The parent company of Burger King purchased Firehouse Subs for $1 billion in an all-cash deal.

DBS analysts forecast the rupee to collapse to 75 against the dollar by the end of 2019.

Raghuram Rajan, governor of the Reserve Bank of India, announced over the weekend he would not seek an extension to his three-year term, which ends Sept. 4.

In a surprise move, Raghuram Rajan has decided to step down after his three-year term ends in September, becoming the first RBI governor since 1992 to do so.

The reduction showed policy makers recognized the need to put the economy on a more solid footing.

Reserve Bank Of India Keeps Repo Rate On Hold At 7.50%

The RBI has cut rates twice this year, by a total 50 basis points, in a bid to bolster economic growth.

Input prices rose at the fastest pace in nearly a year, a business survey showed on Monday.

The Reserve Bank of India said it could cut interest rates further should inflation continue to ease.

The BSE Sensex and Nifty fell over 3 percent, posting their biggest daily loss since the rupee crisis in 2013.

Indian manufacturing activity expanded at its fastest pace in two years in December as new orders flooded in.

The central bank is working to set a legal framework for the use of advanced e-commerce technologies, said India's central bank governor.

Arvind Subramanian said on Friday that India should increase public spending to boost economic growth in the medium term.

The World Gold Council expects demand for gold from India to increase by nearly 3 percent over last year.

The Reserve Bank of India is working to devise a policy that can revive growth while controlling near double-digit inflation.

The Reserve Bank of India, in its December policy review, said outlook for global growth continues to remain moderate.

India's central bank expressed concerns about a slow global recovery and the impact of the Federal Reserve winding down its stimulus program.

The recent drastic fall in the Indian rupee was arrested after the country’s central bank and its government stepped in.

The Indian rupee's continuing decline to record lows reduces chances of a rate cut, which is required to help revive India's slowing economy.

India's industrial output increased by 2.4 percent in January after contracting by 0.6 percent in December, official data showed.
About RBI