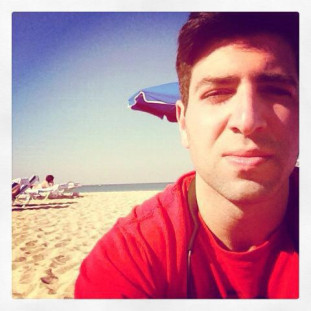 My name is Carey Vanderborg and I'm a journalist working in New York City. I love food, travel, craft beer, live music and writing about all of the above.

Betty Sue Lynn, the oldest daughter of country singer Loretta Lynn, has died at the age of 64.

Archaeologists working at the grave site in central England where Richard III's body was found have discovered a coffin within a coffin.

Cannes Jewel Heist: Did The Pink Panther Gang Steal $53M Worth Of Jewels From The Carlton Hotel?

An armed robber stole millions of dollars worth of jewels at a hotel in Cannes, officials said.

Tropical Storm Dorian 2013: Path To Follow Across Atlantic Ocean, Could Land In Bahamas As Early As Next Week [PHOTO]

Tropical Storm Dorian strengthened as it moved across the Atlantic on a westward path that may take it into the Caribbean Sea, according to the U.S. National Hurricane Center.

One person was killed and four others were seriously injured when an SUV being driven the wrong way on the Tappan Zee Bridge crashed head-on into another vehicle.

The maker of salsas sold at Dollar Tree and Deals, Dollar Express and Dollar Bills stores nationwide is recalling the product after large glass pieces were found in some jars.

Emile Griffith, the former world champion whose career was overshadowed by the fatal beating he gave Benny Paret in a 1962 title bout, died Tuesday. He was 75.

Carl's Jr. has announced the addition of a Strawberry Pop-Tart Ice Cream Sandwich to its menu.

An exploration company has salvaged $38 million worth of silver from a sunken British cargo ship.

Kids II, of Atlanta, is recalling more than 400,000 Baby Einstein Musical Motion Activity Jumpers in the U.S and Canada.

Sellers of one of only four original copies left of the famous Schindler’s List say interest in the sale of the historic document on eBay has “exceeded our wildest dreams.”

Dennis Farina, who starred as Det. Joe Fontana on "Law & Order," died today in Scottsdale, Ariz., after suffering a blood clot in his lung. He was 69.

Authorities have found two Soviet-era MiG-21 fighter jets aboard a North Korea-flagged ship seized this month as it tried to pass through the Panama Canal after departing from Cuba.

Tiger Woods and former caddie Steve Williams appeared to bury the hatchet during Sunday's 2013 British Open Championship and signal an end to their long-running feud.

Three bodies have been discovered in East Cleveland, Ohio, police say, and a man is in custody in connection with the case.

Treasure hunters say they have found 48 gold coins reportedly worth hundreds of thousands of dollars buried in the sand in Florida's "Treasure Coast," where 11 Spanish ships laden with gold sank in 1715.

The American music icon told a crowd on Sunday that he won't perform in Florida until the state repeals its controversial Stand Your Ground laws.

Two Dave Matthews fans were on her way to his concert on Saturday when they spotted the singer on the side of the road and gave him a ride to the venue.

A motorcycle racer trying to top 300 mph died Sunday after losing control and zooming off a runway at an event in northern Maine.

Hundreds of British police reinforcements were deployed in Belfast Saturday after Protestant riots over a blocked march left 32 officers, a senior lawmaker and at least eight rioters wounded.

Walmart Stores, the nation's largest grocer, announced Friday that it will sell Twinkies in all of its domestic U.S. stores starting Friday.

Local TV footage showed large plumes of smoke rising from the Popocatepetl Volcano, which is in the state of Puebla.

New York Building Collapse: 'Bug Bombs' Thought To Be Possible Cause Of Explosion In Chinatown [VIDEO]

An explosion inside a Chinatown building on Thursday led to a fire and a partial collapse, injuring a dozen people, including firefighters.

A new video, posted on TMZ, shows Justin Bieber apparently urinating in a restaurant’s mop bucket. The clip, which the site claims was taken earlier this year, appears to be shot by one of Bieber’s friends as they laugh about his behavior.

A day after the U.S. Supreme Court agreed to hear arguments over the legality of President Joe Biden plan to cancel billions of dollars in student debt, his administration on Friday asked the justices to put on hold a judge's ruling in a separate case that found the program unlawful.