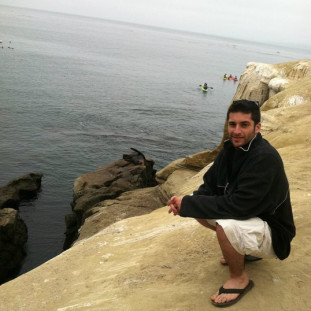 David is a New York native and holds a MS from Northwestern University's Medill School of Journalism. He received his BA in government diplomacy, majoring in international affairs, counter-terrorism and homeland security.

On The Eve Of 99th Anniversary Of The Armenian Genocide, There's Worry Over Fate Of Armenians In Syria

The Syrian civil war threatens one of the oldest Christian Armenian communities in Syria, as Armenians commemorate the 1915 genocide.

US Asks Europe To Spend More Money For Defense, But It's Not Going To Happen

The U.S. wants its European allies to spend more money for the military. There is just one problem: The Europeans don't have it.

The Pentagon has not followed a key recommendation of a task force appointed after the 2009 shooting at the same Texas Army base.

NATO cites key signs at the border indicating that Russia may be ready to pounce.

Many Israelis want American-born Israeli spy Jonathan Pollard released. But they don't want him released in exchange for Palestinians.

Jonathan Pollard, The Analyst Who Spied On The US For Israel, Is Back In The Spotlight

Jonathan Pollard, one of the most damaging spies caught in the U.S., may be freed to restart peace talks between Israelis and Palestinians.

Israel and Turkey are moving to mend relations after a fallout in 2010, and the deal may include some of Israel's natural gas finds.

Will Russia's massing troops on Ukraine's eastern border and military exercises to the west in Moldova escalate regional tension?

Is Kaliningrad, Between NATO Allies Poland and Lithuania, The Next US-Russia Flashpoint?

Obama's upcoming visit to Saudi Arabia was marred by controversy after an American-Jewish reporter was denied a visa.

Moldova's Breakaway Region Transnistria May Be Russia's Next Target, Causing NATO To Rethink Its Force Posture In Eastern Europe

Moldova and NATO are concerned about Russia's takeover of Ukrainian bases in Crimea and troop buildup near Ukraine's eastern border.

The Russian individuals being sanctioned by the U.S. Department of Treasury are well known players close to President Vladimir Putin.

An attack inside Syria, a corruption scandal, a key election - a Turkish politician opposing PM Erdogan draws up a scenario worthy of a novel.

On the Black Sea across from Crimea, Turkey has a stake in the future of the peninsula, where Muslim Tatars live.

Washington believes that by sending U.S. troops to countries bordering Russia it will deter Moscow from additional aggressive acts.

Finland, bordering Russia to its east, is worried that tensions will escalate. But how serious is the threat?

Israel's government thinks the Iranians may try to get away with something as the world focuses on Ukraine, and is still talking about a strike.

In a sign that Putin isn't backing down, the Russian flag was raised over Crimea's naval headquarters on Wednesday.

Could Moldova Be The Next Crimea? Ethnic Russians In Transnistria Call On Moscow For Accession

Moldova is feeling the heat from Crimea's referendum to join the Russian Federation.

This is not the first time that Putin's close aide and envoy on missile defense makes a controversial comment.

While NATO beefs up its response to Russia after Crimea's vote to join the nation, Moscow also announces plans to deploy fighter jets to Belarus.

Sunday, 97% of Crimeans voted to succeed from Ukraine and join Russia. What were their views in 2013?

Turkey could enter into the Syrian civil war to protect an important shrine.

A Crimean War Would Be Uphill Fight For US And NATO Against Russia, Experts Say

Almost 165 years after the first Crimean War, a new conflict could occur on the Black Sea peninsula. What would it look like if it happened?

The Turkish government cracks down after the protest movement from last year makes a comeback.

Moldova is nervously watching the fate of Ukraine's autonomous region of Crimea as a sign of Russian encroachment.

After almost a year in a coma, a 15-year-old boy wounded in protests died, which sparked new anti-government riots.

Vladimir Putin was unsettled by the fate of Ukraine's president, but his military reaction was a sign of weakness, experts said.

Cryptomarkets have not been killed off by last year's turmoil, while the new wave of central bank digital currencies will face geopolitical limits, the Bank for International Settlements' new innovation head has predicted.

Ghana Braces As Sahel War Spills Into Gulf Of Guinea

Ghana braces as Sahel war spills into Gulf of Guinea

Ukraine's Defence Ministry In Turmoil At Key Point In War

Ukraine sent mixed messages over the fate of its defence minister on Monday, leaving a key post in its war effort in doubt even as it braces for a new Russian offensive.