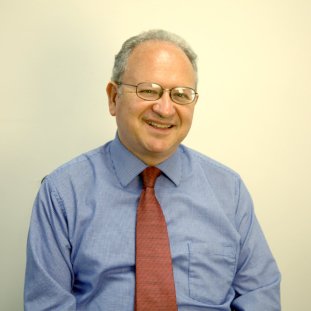 David Zielenziger is a veteran editor and journalist who has written for newspapers including the Baltimore Sun, Asian Wall Street Journal and EETimes, as well as for Bloomberg News, Reuters and Mergermarket. For years, he has followed all aspects of the global technology business community. He is a graduate of the Woodrow Wilson School of Public and International Affairs at Princeton University, where he was Chairman of the Daily Princetonian.

AT&T said it will rollout 4G LTE services on most vehicles from General Motors starting in 2014.

It's Tim Cook’s turn to face the music when Apple holds its annual meeting on Wednesday. HP's Meg Whitman and Michael Dell know the challenge.

HP’s CEO Repeats: ‘No Plans To Break Up The Company’

Hewlett-Packard Co. CEO Meg Whitman quashed speculation, saying, “We have no plans to break up the company.”

No 100 Percent Guarantees But Mobile Communications Can Be Safe: IBM Security Chief

The attackers were able to download customer email addresses and subject lines of emails, Zendesk said.

Hewlett-Packard Co. reported first-quarter earnings that blew past estimates despite slumps in sales of PCs and services as a result of CEO Meg Whitman’s massive cuts.

China’s Lenovo Group said Jerry Yang, co-founder of Yahoo, will be an “observer” on its board of directors, although he won’t have a vote.

Activist investor David Einhorn plans a major push against Apple Thursday in a webcast urging a vote against a bylaw change.

A U.S. District Court judge reserved decision on Greenlight Capital's challenge to Apple after indicating sympathy with the challenger.

HP 1Q Earnings Preview: Has the Bleeding Stopped Yet?

When Hewlett-Packard reports first-quarter results on Thursday, investors expect another decline. How much longer will revenue fall?

For the first time since its 2004 initial public offering, shares of Google closed above $800, valuing the search engine and media company at nearly $266 billion.

Amazon said its Entertainment Collectibles Store will start selling 350,000 items from leading entertainment from the Beatles to "Silver Linings Playbook."

The president's directive on cyber security recalls JFK's call for a man on the moon. Will private companies get the same turbocharge?

Global digerati generate data they store on Dropbox, Box, Sugar Sync and others. Are they IPO-worthy?

Michael Dell Discloses He’ll Take Less Than Others In $24.4B Buyout Deal

Michael S. Dell built Dell Inc. into the No. 3 PC maker by selling below competitors.

Jim Balsillie, the long-time co-CEO of BlackBerry, is no longer a shareholder. He sold his 5 percent stake in the company last year.

Now that Cisco Systems posted its first quarter of solid income gains with a new formula, is it paying off?

Apple has responded to investor Greenlight Capital’s lawsuit by charging that the firm is trying to keep its shareholders “hostage.”

Amazon expanded its content licensing with CBS to add shows like "Everybody Loves Raymond" to its Amazon Prime service.

State Of The Union: Obama Scored Tech Points On Visas, Security But Not Foreign Cash

The technology sector welcomed Obama's initiatives on cybersecurity, but there was one notable omission: offshore cash.

BNP Paribas, the euro zone's biggest lender, on Tuesday raised its 2025 targets and announced a 5 billion-euro share buyback program after recording a record annual profit last year on the heels of the sale of its U.S.

Two former cops zeroed in on Idaho murders suspect Bryan Kohberger's move to throw out garbage in his neighbor's bin after returning to Pennsylvania.

Donald Trump honored the dog involved in the U.S. raid that led to the death of ISIS leader Abu Bakr al-Baghdadi during a 2019 White House ceremony.

Khloe Kardashian confirmed that she is single.

Tom Brady shared a photo of him only wearing boxer briefs on Twitter.

How Royal Family Will Celebrate Queen's Accession Day After Her Death