The BDS movement wants to boycott Israel -- and when it held an event at a university in the middle of a heavily Jewish neigborhood of New York, sparks flew.

Riding The No-Pants Subway In NYC

The 12th Annual No Pants Subway Ride attracted a varied cast of half-naked characters to New York, from 18 to 80-plus years old.

In his victory speech at the McCormick Place arena, the president highlighted what keeps America together to close the bitter 2012 election season.

On Israel's Border With Syria, The Druze Still Love Assad. Or Do They?

Living on land annexed by Israel, but still close to Syria, Druze townspeople in the Golan Heights have put their chips on a tyrant they see as their defender from radical Islam. Some are...

During her last visit in Israel as Secretary of State, Hillary Clinton talked about Egypt but really thought about Iran. And made scant mention of the Palestinians, nowhere near as pressing an issue for America as the Arab Spring

Water From The Sea: The Risks And Rewards Of Israel's Huge Bet On Desalination

Israel is faced with a major water deficit, and it's investing in desalination to solve the problem -- but the country's big push for getting water from the sea is not without risks.

Iran, Syria, And A Red Carpet: What Was Vladimir Putin Doing In Israel?

Hackers gathered in Tel Aviv last week to discuss the state of cybersecurity, amid suspicions that Israel is behind attacks on Iranian computers.

Ulpana is a tiny Israeli settler outpost in the West Bank that has been making headlines after the Israeli Supreme Court said it had to be demolished.
Picture Galleries
21 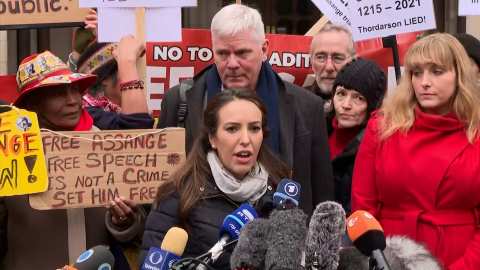 What Candlestick Charts Tell Us About Bitcoin’s Next Move

Candlestick charts provide insight into the volatile world of Bitcoin.

"Dying Light 2" is finally arriving in a few days.

Blueflite Is Making The Drone Future A Reality Today

Netanyahu Denies Reports Of Plea Deal Forcing Him From Politics

Netanyahu denies reports of plea deal forcing him from politics

Donald Trump Jr. shared a bizarre video on Facebook in which he criticized President Joe Biden’s ability to run the country.

The Kaglimmer is incomplete, and the villains are closing in "Dragon Quest: The Adventure of Dai" Episode 67.

Khloe Kardashian Trades In Her Bob For Curly Updo