Superhero Movies 2020: All The Films From Marvel, DC Coming Soon

From Marvel’s slate of MCU features to Warner Bros. growing DCEU lineup, a multitude of superpowers will be gracing the silver screen in 2020.

A Special Golden Globe Is Illuminated

Tom Hanks will nab the Cecil B. DeMille award in the 2020 Golden Globes, but what exactly does that mean and how does one garner such reception?

“Little Women” utilizes a multitude of concepts to adapt Louisa May Alcott’s 1868 novel with a blend of modernity.

Who Is Aaron Paul’s Caleb On ‘Westworld’?

Season 3 of HBO’s “Westworld” invites a plethora of new mysteries, this time far removed from the various host-inhabited parks.

With the finale of “The Mandalorian” and the end of the Skywalker saga, Disney sets its eyes on the future of a franchise set in a galaxy far, far away.

Despite several rounds of chemotherapy and 50 long years of hosting game shows, Trebek will be an avid “Jeopardy” mainstay.

Despite his discontentment with the character and franchise, Harrison Ford still made a small cameo in “The Rise of Skywalker” after the director pleaded for his resurgence.

Casting Evidence Points To The Potential Inclusion Of A Young Luke

A variety of fan theories have arisen in the long wait for Disney’s Kenobi series, yet new evidence suggests a young version of Luke may make a surprise appearance.

Who Will Show Face In Disney’s Obi-Wan Series?

From previous Jedi to big baddies, the Obi-Wan series has potential to showcase a number of existing “Star Wars” characters.

Todd Phillips Explains What ‘Joker' Really Is All About

“Joker” may at first appear as a movie about the perils of insanity, yet director Todd Phillips explains it’s far more than that.

Disney’s ‘Spies In Disguise’ Rids Itself Of Violence

From James Bond to “Mission Impossible,” the spy and secret agent features of Hollywood oftentimes glorify violence, yet this animated feature is changing that notion.

Geralt Himself Discusses His Most Memorable Fight Scene

With a plethora of monsters in “The Witcher,” star Henry Cavill narrows down the one that stood out the most for him.

As a Christmas gift dedicated to DC fans, director Zack Snyder has once more alluded to the existence of his Snyder Cut of “Justice League.”

Holiday Box Office Numbers Prove ‘Star Wars’ Is On Top, But For How Long?

“Little Women,” “Jumanji 2,” and “Uncut Gems” attempt to take on the Force from a galaxy far, far away this holiday box office season.

‘The Witcher’ Season 2: Everything We Know So Far

With the release of Netflix’s “The Witcher” long past, fans look desperately toward the future in the expectation of Season 2.

With so many questions left at the close of its second season, “Westworld” Season 3 has much to answer for.

Though there may be few World War I movies, Sam Mendes explains that his "1917" will not be boiled down as a "history lesson."

What Beastly Secrets Season 2 May Hold For ‘The Witcher’

“The Witcher” fans are now waiting desperately to find what its second adventure among the Continent holds. 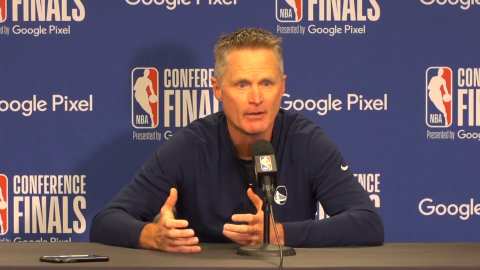 Tesla Branches Out Beyond EVs

The main Dutch journalists' union on Wednesday filed a lawsuit challenging the European Union's ban on Russian state-backed media outlets as a violation of European citizens' own rights to freedom...

President Joe Biden on Wednesday nominated three women to serve as appellate judges including Florence Pan, who would succeed U.S.

The defeat of Big Mom and Kaido revealed in "One Piece" 1050 spoilers signals the end of their glory days and the start of a new era in the world of pirates.

Kaguya wants to give a heart-shaped gift to Shirogane in "Kaguya-sama: Love Is War -Ultra Romantic-" Season 3, Episode 8.

The Dallas Mavericks have a very slim chance to complete a 3-0 series comeback against the Golden State Warriors.