We Help Businesses Find B2B Service Providers They Can Trust. 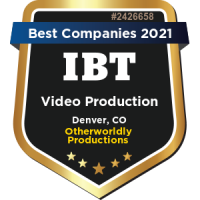 Formed in 2005, Otherworldly Productions started making videos when MiniDV tapes were still the preferred medium for video production. However, the technology has advanced but the company is still very much passionate about creating videos that make a difference for individuals and businesses.

Otherworldly is a full-service production company that offers services including television, Internet, website video production, educational audio and video production, post-production editing, and cinematography and photography. The outfit specializes in coming up with visual phenomena that nourish and inspire the imagination.

It was behind the “The Gooding Collection” video commercial of Whisky Auctioneer. The video documents the preparation of the 3,500-strong bottles valued over one million British pounds before its departure to Scotland. The project spanned nearly a year of production and took the Otherworldly team from Denver to Scotland to document the journey of the collection.

Hidden Woods approaches video production by centering on exposing the hearts of real human beings. It is well-loved in the state due to its ability to come up with a unique custom package fitting the nature and the needs of its clients. It goes big with small budget projects but it can also go all-in for those with a bigger budget.

The team at Hidden Woods all came from making documentary films. It is the reason behind their passion to unravel the human heart in every video content they produce. Given that human-centered content is all the rage in marketing, this is what Hidden Woods offers that makes it stand out.

In its years of operation, the company has produced several videos for any kind of business. Automobile manufacturer Ram Trucks partnered with the production company when it launched its Ram 1500 truck. Hidden Woods was tasked to create a video showcasing the features of the manufacturer’s new truck offering.

Hidden Woods Media was also behind the video content for companies like Lyft, Home Advisor, and Frontier Airlines. 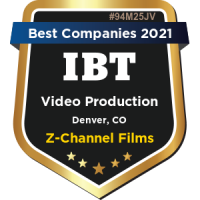 Doug Gritzmacher founded Z-Channel Films after years of experience in the industry where he started as an assistant until he became a director. Gritzmacher trained for several years under the guidance of veteran film and video production professionals. He started the company to create films and videos that tell stories that move emotions. Gritzmacher’s experience in making documentary films also help the company achieve its goal of moving people’s emotions.

Aside from telling humanized stories, Z-Channel also stands out due to its craftsmanship of using proper lighting in every video it produces. The company believes that proper lighting can make or break any video content.

The video production company caters to all video content needs of corporate or commercial entities, nonprofits, and even individuals. It helped real estate company Coldwell Banker with a promotional video that highlights the smart communities it developed in Colorado. Z-Channel also made a client testimony video for law firm Eley Law Firm and a commercial video for ResearchSaves.org.

Professional Video & Photography categorizes itself as a creative services company that specializes in producing digital marketing content. With over 12 years of experience in the business, this Denver-based company can help businesses or individuals with their video needs for their online marketing campaigns.

It knows that professional-grade content is the only way to go. It understands that capturing people, products and the store is not enough to make a difference to its clients. So, Professional always start every project with full-blown planning that makes it capable of delivering content that reflects the story and needs of its clients.

The company was behind the promotional videos of Osborn Medical, North American Sports Association, and the PIMA Medical Institute. It also helped 360 Engineering create a documentary celebrating the 15th anniversary of the chemical engineering consultancy firm. 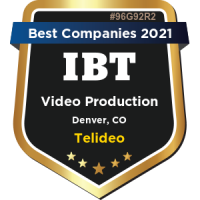 Telideo recognizes the need for every business to be remembered. It understands the power of video in telling stories creatively and clearly.

This Denver-based video production firm specializes in producing original video content and animated content for webpages, campaigns, trainings, and advertising. The company is known for its marketing-driven approach to creating video content. It makes use of visual storytelling to take advantage of the power of video marketing and make it work for any kind and size of business.

Telideo and rapid DNA identification machine provider ANDE partnered for an introduction video for the latter’s rapid DNA detection tool. The production company was tasked to highlight the benefits and uses of ANDE’s product. It delivered a video showcasing experts at ANDE explaining the features of the machine.

It was also tapped by other companies like Allstate, Ingram Micro, and The Orthopedic Institute of New Jersey for video content.

For inquiries contact us at licensing@ibt.com
Featured Categories
Get Listed
Featured Articles