The Air Transport Association (ATA) is America’s oldest and largest airline trade association. ATA’s 18 member airlines and their affiliates transport more than 90 percent of U.S. airline passenger and cargo traffic. U.S. airlines founded the association in 1936 and it is based in Washington, D.C.

Kingfisher Airlines, which used to be India's second biggest carrier but is now struggling with crushing debt, posted another quarterly loss on Saturday and shed no light on any potential funding lifeline.

Could China's Gutter Oil Be Used To Save The Environment?

The potential for a silver, but greasy, lining to a cloudy story about quality control and food safety in China.

Nigerian Aviation Experiencing Turbulence, But May See Clear Skies Ahead

In the wake of two Nigerian airline crashes this weekend, it may seem that the country's aviation industry is in a dangerous tailspin. But the broader trends make a different case.

Lufthansa To Lay Off 3,500 In Restructuring

Deutsche Lufthansa AG (FRA: LHA) announced Thursday it will lay off 3,500 administrative employees over the next couple of years as part of its plan to save $2 billion by 2014. The news comes a day after the airline announced a first quarter operating loss of ?381 million ($499 million), compared to a loss of ?169 million a year earlier.

An ATR-72 twin-engine turboprop carrying 43 people crashed during an attempted emergency landing in a snow-covered field near Tyumen, in western Siberia.

Countries opposed to an EU law forcing the world's airlines to pay for greenhouse gas emissions agreed on a basket of retaliatory measures, adding to a series of threats that have raised the prospect of the globe's first carbon trade war.

Global airlines on Sunday called for a deal brokered by a United Nations agency to avoid an impasse between China and the European Union over jet pollution spilling into a trade war. Airlines are being squeezed between conflicting laws, the head of the International Air Transport Association said.

China on Monday barred its airlines from a European scheme to reduce carbon emissions, hardening its stance a week before a summit at which the European Union will seek Chinese help to ease its debt crisis.

Welcome to the airport terminal of the future.

Global Airlines May be Wary of Investing in India's Carriers

New Delhi's expected move to allow global airlines to own as much as 49 percent in Indian carriers has been welcomed by investors as a potential lifeline for an industry mired in $20 billion of debt and on course to rack up $3 billion in annual losses. But aviation-industry experts say any celebration is premature.

A federal judge on Friday rejected a request by a trade group representing major U.S. airlines to block a $3.4 billion loan-guarantee package to help Air India buy dozens of planes from the Boeing Co.

Counting container ships plying the high seas and air cargo takeoffs is one way to track the outlook for the global economy. Both measures point to weak growth in the months ahead but no severe storms.

American Airlines, US Airways, and United Continental have all joined Delta in adding a $3 surcharge to fares purchased in the United States for flights to Europe in response to the EU's new Emissions Trading Scheme (ETS).

China Airlines 'Will Not Cooperate' with E.U. on Carbon Tax

China's airline companies are refusing to pay a new European Union carbon tax when traveling to airports on the continent. 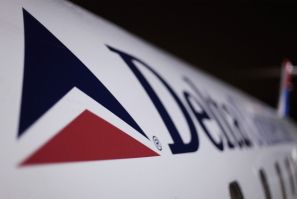 On Tuesday, Delta became the first airline to add a surcharge on flights to and from Europe after the EU's Emissions Trading Scheme went into affect.

A U.S. appeals court ruled on Friday that a hotly disputed change in federal labor law making it easier for unions to organize is lawful. 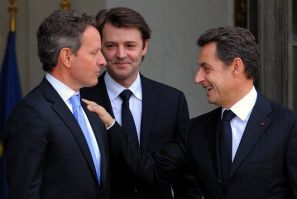 Pessimistic comments from EU paymaster Germany and new figures exposing deepening stress among Europe's banks dented financial market hopes of a turning point in the Eurozone's debt crisis at a summit this week. 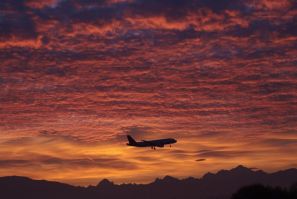 The airline industry's leading trade group warned on Wednesday that airlines worldwide face over $8 billion in losses next year if Europe's politicians fail to get to grips with the region's debt crisis. 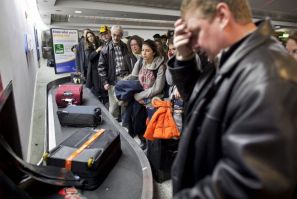 There may be a ray of hope on the horizon for those bogged down by checked baggage fees. Sen. Mary Landrieu (D-La.) proposed a bill that would kill the hefty fees on checked luggage.