Argentina, officially the Argentine Republic, is the second largest country in South America, constituted as a federation of 23 provinces and an autonomous city, Buenos Aires. It is the eighth-largest country in the world by land area and the largest among Spanish-speaking nations, though Mexico, Colombia and Spain are more populous.

The hard-serving American is ranked 10th in the world -- higher than any other U.S. player.

FIFA 13 Demo Released to Download on Xbox, PS3 and PC Ahead of Official Launch Date

All the details on the demo release for FIFA 13, the latest installment of EA Sports' video game series.

Arsenal could be set to strengthen their squad in the January transfer window, while there is further speculation about the future of a current Gunner.

Latin America's Five Most Competitive Countries (And One Slacker)

Chile retained its top spot among Latin American economies as the most economically competitive nation, while its neighbor to the east continued falling, according to a report from the World Economic Forum, which hosts the annual economic summit in Davos, Switzerland.

Is Santander's Mexican IPO The Death Of 'Goose' That Lays Golden Eggs?

Banco Santander's announcement that it would be spinning off nearly one quarter of its Mexican unit in an initial public offering later this month was greeted by the markets as a seemingly win-win-win proposition. But the move by the large Spanish bank only highlights the increased dependence Iberian banks have had on their overseas branches over the past few years and how, in an effort to now package off those units and sell them, they could be killing the hen that's been laying the golde...

The South Africa rugby head coach has changes in store for his matches against Australia and New Zealand.

If you notice the price increases in apple cider this fall, blame it on the wacky weather.

Stuck in the middle (both literally and figuratively), these overseas territories offer a tantalizing mix of the familiar and the exotic.

Watch highlights and read a full account of Barcelona against Real Madrid from the first leg of the Spanish Super Cup at Camp Nou.

At present, the widest wealth gap is found in Guatemala, while Venezuela boasts the most equitable income distribution in the region.

Argentina 'Probably' In Recession, No Growth Expected This Year - Report

Argentina, South America's third-largest economy, is "probably" in the midst of a recession and won't register meaningful growth this year amid high inflation and weak industrial output, according to a new report. 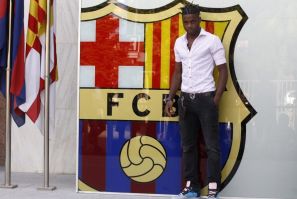 Manager Arsene Wenger has confirmed that Arsenal will reenter the transfer market following the departure of Alex Song. 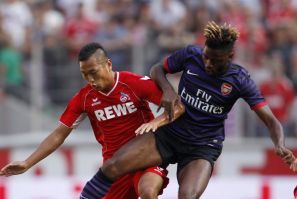 For the second summer in succession, Arsenal could be set for a hectic climax to the transfer window. 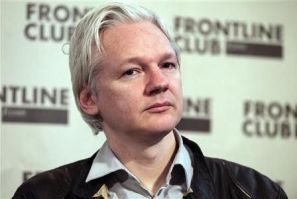 Ecuador said Thursday night the Union of South American Nations has called an emergency meeting to discuss British threats to seize WikiLeaks founder Julian Assange from inside its embassy in London.

As tens of thousands of Elvis Presley fans flocked to Graceland to mark the 35th anniversary of the death of "The King Of Rock And Roll," Presley's ex-wife and daughter gave their thanks to his supporters for keeping the iconic entertainer's memory alive. 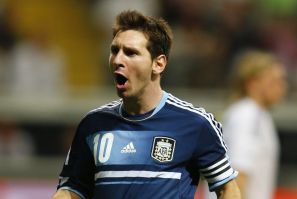 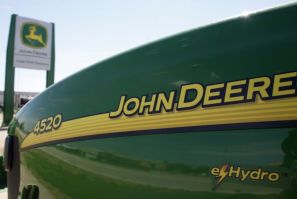 Periodic weather pattern is expected to end South America's drought conditions, which might boost farm equipment sales in this key emerging-market region -- and bring some rain to Georgia, too. 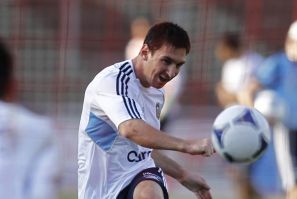