Civil and political rights are a class of rights and freedoms that protect individuals from unwarranted action by government and private organizations and individuals and ensure one's ability to participate in the civil and political life of the state without discrimination or repression.

Post-Convention Bytes: The 2012 Presidential Election And The Obama/Romney Divide

In former President Bill Clinton?s 21st-century rendering of the American Dream presented at the 2012 Democratic Convention, prosperity comes by means of ?a nation of shared opportunities, shared responsibilities, shared prosperity, a shared sense of community.?

After Brendon Ayanbadejo, a linebacker with the NFL’s Baltimore Ravens, spoke out in favor of Maryland legislation that would legalize gay marriage in the state, a local politician couldn’t resist getting involved. Last week, Emmett C. Burns Jr. wrote to Ravens owner Steve Bisciotti encouraging him to silence his employee on the hot-button issue. On Friday, Minnesota Vikings punter Chris Kluwe responded to Burns.

Demonoid's fans are still waiting for the popular file-sharing site to return, although new screenshots from the MPAA put that return in further question.

A federal judge is allowing the most criticized piece of Arizona's tough immigration law to proceed, ushering in a new era of immigration enforcement in the state.

Federal prosecutors have closed a probe into America's self-proclaimed toughest sheriff -- Joe Arpaio of Maricopa County, Ariz. -- on abuse of power with no charges filed.

The RNC has reportedly chosen Clint Eastwood as Thursday's mystery speaker but there are most outspoken choices that better represent the party's actual stance on hot-button issues.

A sign in front of Steven Showers' California home has made his home the topic of neighborly outrage. The 14-foot tall buzzing neon obelisk pleads for passersby to "Save the GOP." A relatively unthreatening sentiment, right? Except the rest of the glowing red and green text labels Republican presidential nominee Mitt Romney a "racist."

Five more major companies said they had quit the controversial conservative American Legislative Council, a Washington, D.C., based body that lobbies for right-wing legislation such as “stand your ground” laws in state legislatures.

Obese Americans: The Most Neglected And Despised ‘Minority Group’

All told, the number of ‘fat’ Americans far surpasses those of any racial, ethnic or religious minority.

Kirk Cameron: ‘I Did Not Defend Todd Akin’

When Cameron appeared on Tuesday’s “Today” show to discuss his new documentary, “Monumental,” co-hosts Kathie Lee Gifford and Hoda Kotb quickly steered the conversation toward the controversy surrounding Todd Akin’s “legitimate rape” comment. It was almost like a dare: Say something outrageous, Kirk.

Michael Jordan: The Most Boring Superstar In History

He has always been disappointingly awkward, uncharismatic and uninteresting.

Qantas and Virgin Australia Airlines have recently been criticized for their seating policy, which prohibits adult men from sitting next to unaccompanied minors.

Jesse Jackson Jr. Treated For Bipolar Disorder: What Does The Diagnosis Mean?

Rep. Jesse Jackson Jr. is being treated for bipolar disorder at the Mayo Clinic. The form of the disorder that he has, called bipolar II depression, is a treatable one that afflicts many Americans who are still able to live successful, fruitful lives despite suffering from the ailment. 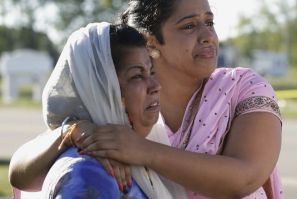 On Sunday, the Asian American Journalists Association (AAJA) released a media advisory that offers guidelines for journalists reporting on the tragedy that left seven people dead at a Sikh temple in Oak Creek, Wis. A new super PAC called FightBigotry.com will "connect the dots to explain the one political vulnerability of President Obama that no one else has the stomach to bring up." 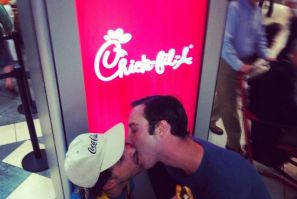 The Black Lips participated in the "kiss-in" protest at a Chick-fil-A outlet and posted a picture of themselves kissing on the band's Facebook page.

Gay Rights Activists To Protest At Chick-fil-A On Friday 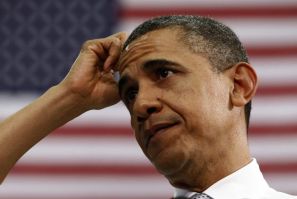 New research has found that U.S. President Barack Obama is related to the first documented black African enslaved for life in America, though the connection was made through the President's Caucasian mother's lineage. 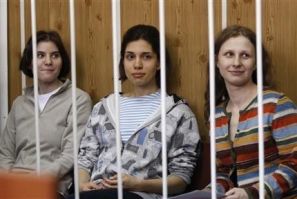 Russian Punk Band On Trial: Justice Or A Victim Of Putin's Crackdown?

"This is not only damaging us but the whole [Russian] judicial system. It's a disgrace," one of Pussy Riot's lawyers, Nikolai Polozov, commented at the start of the trial on Monday. 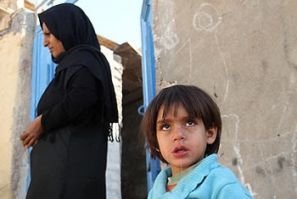