Google celebrated what would have been the 84th birthday of the late Robert Noyce, co-inventor of the integrated circuit, with electronics-themed Google Doodle on Monday, Dec. 12.

Shares of Pfizer (NSYE: PFE) were trading Monday after the news down 1.17 percent, or 23 cents, to $20.32 at 3 p.m. Eastern Time. The stock was among the most actively traded on the NYSE. But the market as a whole was trading down on concerns that the latest Eurozone plan won't help the continent avert financial crisis.

Indian authorities are investigating a computer server in Mumbai for links to the Duqu malicious software that some security experts warned could be the next big cyber threat.

Indian authorities are investigating a computer server in Mumbai for links to the Duqu malicious software that some security experts warned could be the next big cyber threat.

Intel Corp warned that fourth-quarter results would miss its previous forecast due to hard disk drive supply shortages caused by floods in Thailand.

Stocks fell on Monday on lingering concerns over a deal for economic integration in Europe and after Intel cut its revenue outlook.

Shares of Intel, the No. 1 chipmaker, fell four percent after warning of a revenue shortfall, coming after Texas Instruments previously warned of lower revenue for the quarter.

As we cast our eyes over the year that was, the computer tablet market across the world strikes one as having been the sort of space most affected by a constant stream of products, with each one trying to outdo the other, in terms of innovation, design, components and performance. At the end of it all, however, if you've played the waiting game, hoping that 2012 will be an even better year, here is a brief rundown of what to expect...

Of the 30 companies analyzed in the report, all of them aside from FedEx didn't pay any federal income taxes from 2008 to 2010.

In an IDC report on 'Top 10 system software prediction for 2012', the potential success of Windows 8 was given a poor evaluation by the global market research company.

General Electric Co and Microsoft Corp are forming a joint venture to develop and sell software systems to make it easier for healthcare providers to store, access and share patient information. 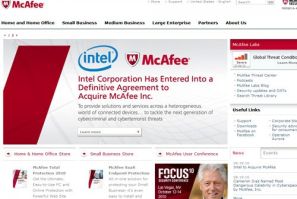 Security software maker McAfee laid off about 250 workers, equivalent to 3 percent of its workforce, in a bid to focus on core businesses and improve efficiency in a market led by rival Symantec. 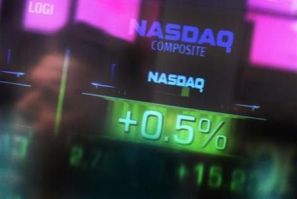 Canaccord Genuity has said that the sub-seasonal notebook production in the first quarter may hurt Intel Corp.

The EU's antitrust chief said on Thursday he would meet Google Chief Executive Eric Schmidt next week, adding he would not be discussing the regulator's investigation into the Internet search engine's business practices.

Total Immersion, a pioneer in emerging field of augmented reality (AR), is working with Intel to bring AR features, like gesture recognition, into Intel's chipsets, an executive of the privately held firm said on Wednesday. 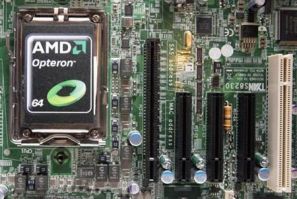