Apple said on Wednesday it had bought Israel's Anobit, a maker of flash storage technology whose chips it already uses in gadgets such as the iPad.

Intel announced multi-year pacts with Motorola Mobility and Lenovo to develop smartphones and tablets, and said the first Google Android phones using the top chipmaker's processors would go on sale this year.

Apple said on Wednesday it had bought Israel's Anobit, a maker of flash storage technology whose chips it already uses in gadgets such as the iPad.

The best of Intel computing is coming to smartphones, Otellini told his CES keynote audience.Our efforts with Lenovo and Motorola Mobility will help to establish Intel processors in smartphones and provide a solid foundation from which to build in 2012 and into the future, added the CEO, as per the report.

If it were 1992, IBM might well have been one of the biggest exhibitors at the International Consumer Electronics Show in Las Vegas. There would have been a huge display of IBM PCs, software and printers, even though the printer unit had been sold the year before.

Intel, the No. 1 chip maker, will make a major push into the smartphone sector, even as it continues its headway in the laptop and tablet market with its second-generation Ultrabook chip, CEO Paul Otellini said.

Microsoft is leaving the Consumer Electronics Show after 2012, but the software giant is leaving the show after debuting its new AT&T smartphone, and Sony, HP, Intel and Nokia have all announced compelling new gadgets. Sony dropped their new smartphone, HP and Intel have some new super-thin laptops and Nokia is Microsoft's partner on the AT&T phone.

Qualcomm CEO Paul Jacobs said the company’s Snapdragon wireless chip is already powering tablets and smart TVs, opening the way for the company to expand its reach beyond its dominance in mobile phones.

Hewlett-Packard (HP) has taken the wraps of its latest weapon, the Envy 14 Spectre, a 14-inch ultrabook, which is set to become a big threat to Apple's popular MacBook Air. The new ultrabook was unveiled at CES 2012 in Las Vegas.

2012 is the Year of Ultrabooks

Barclays Capital expects ultrabooks to take center stage at this year's Consumer Electronics Show (CES) as the thin and light concept emerges at the forefront of new product design trends.

Samsung Electronics introduced its thinnest-ever laptop, the Series 9 Notebook, which weighs 2.5 pounds and is a half-inch thick. The new computer will be priced at $1,399 for a 13-inch screen available Feb. 27.

Intel plans to make its biggest marketing push since 2003 for a new, super-thin category of laptops it has dubbed ultrabooks, hoping to fend off major strides made by Apple Inc and its MacBook Air into the high-end personal computing market.

Intel, the world’s biggest chipmaker, plans to scale up production of its new Ultrabook chips, with as many as 75 consumer products available by the second quarter and more to come, said Mooly Eden, VP and general manager for the consumer client group.

Stephen Hawking, the world renowned theoretical physicist, was too ill Sunday to celebrate his 70th birthday, but that didn't stop people around the world from sending well wishes.

Windows 8: Top 5 Features that are Worth Mentioning

Windows 8 was first mentioned at the CES 2011 in January last. Microsoft then announced that Windows 8 would be adding support for ARM microprocessors in addition to the x86 microprocessors from Intel and AMD.

Chip maker Advanced Micro Devices, Inc. (NYSE:AMD) could guide its first quarter revenues to decline 4 percent to 8 percent sequentially when it reports its fourth-quarter results on Jan.19, according to a Wall Street analyst.

Here are the some of the key trends to watch as the electronics industry moves into 2012: morphing, personalization and interfaces, said Sean Dubravac, chief economist for the Consumer Electronics Association. 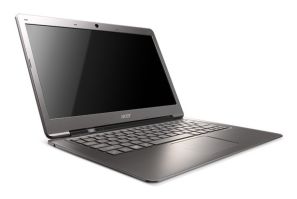 Acer Inc. has set the scene for tough competition at the upcoming Consumer Electronics Show in Las Vegas, by unveiling Sunday its newest model of Windows-based Ultrabook, the Aspire S5, which Acer claims is the world's thinnest Ultrabook.

Acer has announced its S5 ultrabook, the thinnest of its kind, measuring only 15mm, ahead of the Consumer Electronics Show (CES). 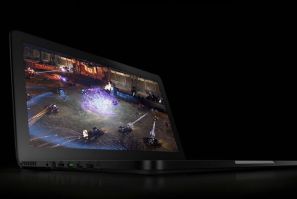 A top 5 of what has been showcased so far.

Symantec Corp, the top maker of security software, said hackers had exposed a chunk of its source code, which is essentially the blueprint for its products, potentially giving rivals some insight into the company's technology.

Symantec Corp, the top maker of security software, said hackers had exposed a chunk of its source code, which is essentially the blueprint for its products, potentially giving rivals some insight into the company's technology. 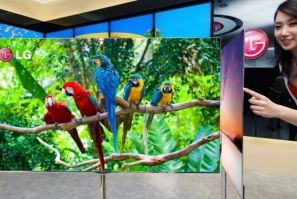 The buzz is growing about the world's largest consumer technology trade show - the Consumer Electronics Show 2012 (CES 2012), which will kick off on Jan. 10 in Las Vegas, and many people are wondering what the top technology companies will be showcasing this year.