Intel are expected to provide a glimpse of their Clover Trail-based prototype tablets at the Consumer Electronics Show.

A new California law will force retailers and manufacturers to disclose from 2012 how they guard against slavery and human trafficking throughout their supply chains, ratcheting up scrutiny over some of the largest U.S. corporations.

Microsoft-Powered PCs Getting Thunderbolt Ports in 2012

When Apple first partnered with Intel to include Thunderbolt ports on the MacBook Pro, they may or may not have known how much interest the technology would generate in the computer world. In 2012, Thunderbolt looks to make a bigger splash by making its way onto several different PC platforms.

Despite the fact that The Darkest Hour was smuggled into U.S. theaters on Christmas Day with no advance press screenings, I went in full of residual holiday good cheer, prepared to give this sci-fi movie the benefit of the doubt that all B-movies deserve.

In 60 Seconds What is Happening in the Digital World?

Investors didn’t get rich owning generalized technology stocks but they fared well with some of the traditional winners with good management and proven technology.

MacBook Air vs Ultrabooks: How Do They Stack Up?

Though owning a tablet has been the hottest trend among tech geeks in the last one year, yet this has not stopped notebooks from making a splash.

Huge U.S. corporations are forming lobbying groups to try to influence what could become the hottest congressional debate over comprehensive tax reform in a generation.

S&P 500 stock buybacks increased for the ninth consecutive quarter. As share count begins to decline, some earnings-per-share impacts are expected for the fourth quarter.

Oracle Corp's earnings fell short of Wall Street's forecasts for the first time in a decade as software and hardware sales sputtered, sending its shares down more than 10 percent and stoking fears a global recession will hurt tech spending.

Smartphones are, increasingly, becoming quite common, particularly with several wireless carriers making feature-rich devices affordable through contracts. The key aspect of a smartphone, apart from its operating system, is its processor... something which determines the speed of the device and acts as its brain.

Anobit told employees today that Apple (NASDAQ: AAPL) had made an offer for the firm and it had accepted. Employees were told that once the deal is formally completed they will be employees of Apple, according to Israel's Calcalist. The deal is reportedly for nearly $500 million, which makes it Apple's largest acquisition. It is also the first acquisition in Israel for the Cupertino, Calif.-based company.

With two weeks left in the trading year, the euro-zone debt crisis will remain the primary impediment to pushing the S&P 500 index into positive territory for 2011.

Apple iPad 3 Release: Why The A6 Will Be Made in Texas

Apple has reportedly been receiving its A5 chips from a Samsung factory based in Texas. If the relationship holds, there's a great chance Apple's future chips will also be Texas-made. 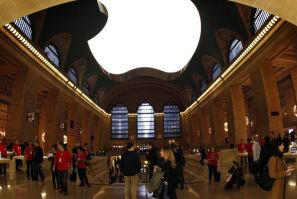 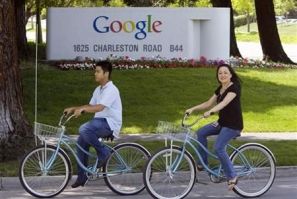 Facebook, Google and Apple among Top 10 Places to Work: Survey

Glassdoor, a jobs and career community where employees can anonymously rate companies and chief executive officers, has released its fourth annual Employees' Choice Awards, which lists the 50 best places to work, based on surveys collected from U.S. employees through 2011.

Chipmaker Intel is combining four divisions under a new mobile and communications unit in a bid to catch up in smartphones and tablets, where it has so far failed to gain traction. 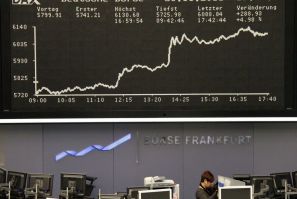 European stocks fell on Wednesday as weak commodity prices sparked a selloff in the energy and materials sectors and as a falling euro and high Italian bond yields kept Europe's debt crisis in focus.

Stocks fell on Wednesday as weak commodity prices sparked a selloff in the energy and materials sectors and as a falling euro and high Italian bond yields kept Europe's debt crisis in focus. 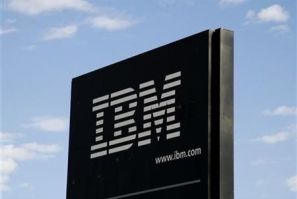