Tax policy is the government's approach to taxation, both from the practical and normative side of the question.

Policymakers debate the nature of the tax structure they plan to implement (i.e., how progressive or regressive) and how they might affect individuals and businesses (i.e., tax incidence).

Twitter will reverse a three-year ban it had on paid political advertising in an apparent attempt to garner more revenue.

With the IRS getting nearly $80 billion in new funding — about $45 billion of which is specifically designated for "enforcement" — you can expect more audits.

How To Go Shopping Tax-Free In August

Clothing, school supplies, footwear and other basic goods are exempt from sales tax in some states on specific dates in August.

Apple CEO In The Hot Seat

Why About 50% Of Americans Pay No US Income Tax

They're not dodging the taxman. Most of them are too poor to qualify.

How Sheldon Adelson Could Save $2.3 Billion Under Romney Tax Plan

Over the weekend, Mitt Romney insisted his tax plan would not cut taxes on the rich. And yet, the Center for American Progress found it would lead to more than $2 billion in savings for the billionaire Sheldon Adelson. And that's not counting his heirs.

Gov. Mitt Romney's tax plan is President George W. Bush's tax plan on steroids: it cuts taxes on upper-income adults and the uber-rich, and vectors the U.S. budget deficit to even higher levels.

"I want you to know I believe it. With all my heart, I believe it," Clinton said, telling the audience that President Obama is the person who will improve the lives of middle class families.

Purple States Most Likely To Be In The Red: Wells Fargo Report

While opinion polls in places like New Hampshire, Ohio, Nevada and Wiscounsin continue to find no clear trend as to whether the residents will support a Democrat or a Republican for President, a new report by asset manager Wells Fargo Advisor Wednesday found those very states unambiguous in their spending preferences in running large budget shortfalls

Critics say the event was all bark with no indication of how Republicans will execute the bite -- or, in fact, a dress rehearsal for the next presidential election

A Congressional Budget Office analysis released Wednesday warns the U.S. could be heading for a recession in 2013 if Congress enacts scheduled spending cuts and tax increases.

The government's role in the housing market does not generally inspire the same impassioned responses as abortion or health care, but the future of one mortgage tax policy could affect the fate of around $85 billion in taxpayer benefits.

President Joe Biden has a reputation for misspeaking, and his latest verbal blunder -- telling a group of voters that Mitt Romney's tax policy would put "y'all back in chains" -- has bolstered that image.

Republican presidential hopeful Mitt Romney selected Rep. Paul Ryan of Wisconsin as his vice presidential running mate Saturday, and while the fresh-faced number-two man can be a divisive figure, he has some positions that conservative Americans, as well as some moderates and liberals, may love.

President Barack Obama and presumptive Republican presidential nominee Mitt Romney have stepped up their attacks on each other in recent days, with Obama calling Romney's tax plan "Robin Hood in reverse" and the former Massachusetts governor saying the president's characterization was "Obamaloney."

President Obama has coined a new political catchphrase, linking his Republican rival to an inverted version of the English folk hero who robbed the rich to give to the poor. 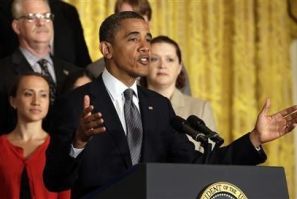 As the national debate regarding tax fairness continues to rage, a new poll indicates Americans are increasingly pessimistic about their chances for upward mobility. 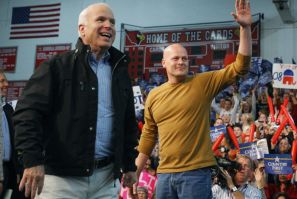 The Republican congressional candidate is standing by his assertion that gun control laws directly led to the Armenian genocide and the Holocaust. 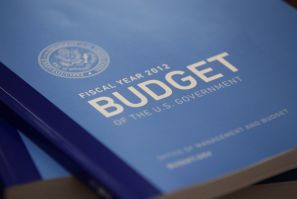 US National Debt - 5 Times Greater Than The Government Admits 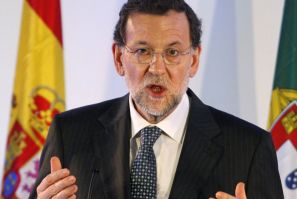 Spanish Prime Minister Mariano Rajoy proposed on Saturday that the 17 countries in the euro zone create a common fiscal authority, with each surrendering a significant amount of its national sovereignty to send a signal to financial markets about the certainty of their single-currency experiment. 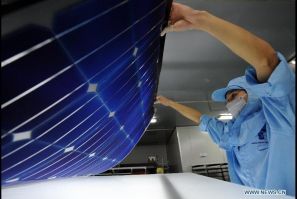 China Invests Heavily In Clean Energy - But Is It Too Little, Too Late?

The Chinese government says it will allocate the equivalent of $27 billion to renewable energy and energy efficiency programs in 2012, but the battle against the deterioration of China's environment will be a long and tough one.

Consumer Sentiment Improves In May: Job Market May Follow

Consumer sentiment crept up slightly in May to its highest level in four years as gasoline prices declined and many perceived the job market to be improving. 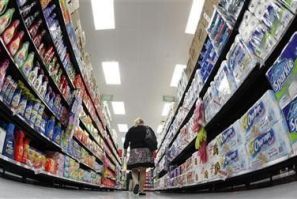 May US Consumer Sentiment Rises To More Than 4-Year High