U.S. stock markets started the second half of this year with an encouraging uptick before turning down in midday.

Why Is U.S. Minimum Wage Less Than Half What Australia Pays Their Workers?

It?s not because the exchange rate is different.

This Time, Spain Won't Be Back In 10 Minutes

Europe's fourth-largest economy is putting millions of people out of work. This time, it won't be back in 10 minutes like the post-it notes of Spanish employees when they leave their desks for a half-hour coffee break every so often.

Actually, Monsieur, Crime In The Bronx Has Been Steadily Falling

Violent crime rates in the Bronx have been dropping for the past two decades -- as they have in New York City as a whole and many other U.S. big cities.

Unemployment in the euro zone rose to a new record high in May, while manufacturing activities fell for the 11th consecutive month in June. The numbers increase the likelihood the European Central Bank will cut its key interest rate when its governing council meets Thursday.

While this week will be interrupted midway by the Fourth of July holiday, the barbecues and fireworks are unlikely to take away from the importance of Friday's June nonfarm payrolls report. Monday's ISM manufacturing index will also be in focus.

Raymond Mawby, The Latest Among British Politicians Suspected Of Spying For The Communists

Why did Mawby betray his country and sell some of its secrets to a foreign country?

Asian markets are expected to begin the week on the upswing gains after leaders of the European Union agreed on action to stem the region's debt crisis.

How Will The Supreme Court?s Decision To Uphold Obamacare Affect Small Businesses And Job Creation?

The U.S. Supreme Court on Thursday handed down its historic ruling on the Patient Protection and Affordable Care Act, largely upholding the law. But many fear that the ruling will result in a reduction in hiring and may become a further drag on our already struggling economy.

The Boeing-777 aircraft, which seats about 300 people, will cost $150 million to purchase and another $80 million to customize.

Both liberals and conservatives can use the high court?s decision to energize the rank-and-file.

Sudan: ?Lick The Elbow? Protests Erupt In Khartoum And On Twitter

In Sudan, the big protest is in progress. Media reports are still scant, but Twitter is chirping with updates.

Under Islamic president-elect Mohamed Morsi's government, many in Egypt's beleaguered tourism industry are dreading bans on everything from alcohol to modern art to bikinis.

Migrants seeking to escape from the Horn of Africa are often transported south by smugglers whose motives are far from humanitarian.

US Stock Futures Decline Ahead Of Crucial EU Summit

U.S. stock index futures declined Thursday morning, pointing to a lower opening on Wall Street ahead of a decisive European Union summit in Brussels, where EU leaders will meet to tackle the euro zone debt crisis head on. The summit will take place June 28-29.

?The time has come to do something more drastic toward economic transformation and freedom,? Zuma said.

It is just amazing how we never learn from other people's mistakes. 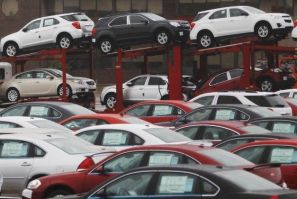 U.S. car sales are expected to have remained strong in June, maintaining a total seasonally adjusted annual rate (SAAR) of around 14 million vehicles, however sales are beginning to slow at the beginning of summer and a return to pre-recession sales levels is not foreseen anytime soon, according to early predictions by analysts at LMC Automotive and Kelley Blue Book. 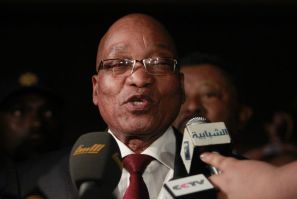 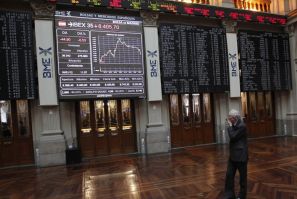 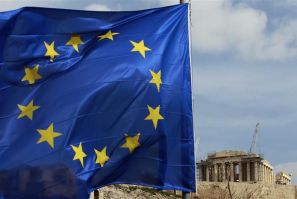 Spikes in unemployment might be a necessary evil to austerity reform measures meant to control the European financial crisis. But, when push comes to shove, those high levels of joblessness are actually making contagion of the crisis amongst countries worse. 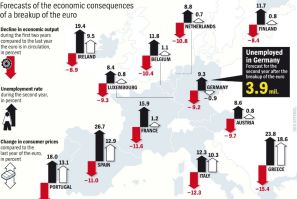 A graphic published by Der Spiegel, Germany's top newsweekly, is making the rounds among global financial blogs and Facebook walls, succinctly putting into numbers the horrific economic carnage a collapse of the common currency union would entail. 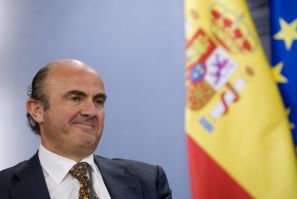 Spain Officially Asks For Up To $125 Billion For Its Banks

As European leaders prepare for talks later this week regarding the euro zone's economic mess, Spain officially petitioned Monday for up to ?100 billion ($125 billion) in loans to rescue its banking sector.
Latest news
All Eyes On EU Summit, Housing and Manufacturing Data: Economic Events For June 25-29
Week Ahead: Asian Markets Likely To Remain Subdued
Oil, Corruption, And A 26-Year Regime: Uganda
Japan?s Economy Losing Momentum Amid Global, Domestic Pressures
Soccer As War By Other Means? Germany And Greece Square Off At Euro 2012
EDITOR'S PICK