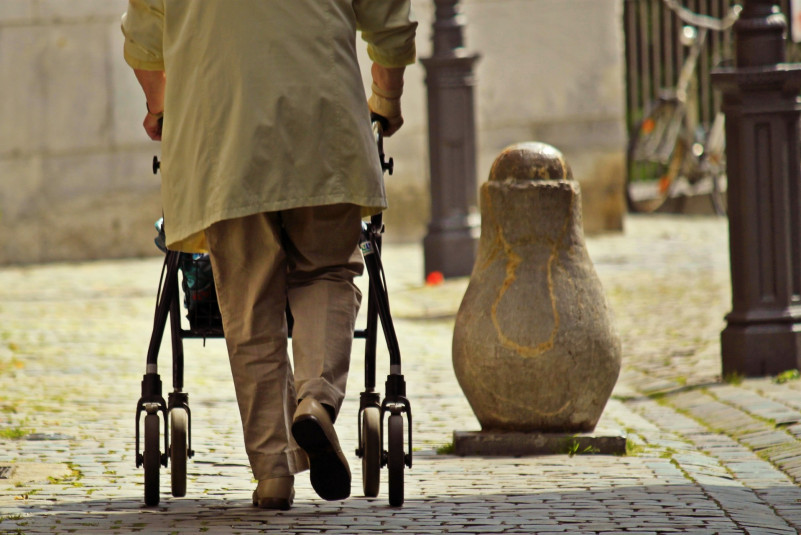 Elderly Man On A Walker Robs Bank, Walks Short Distance Before Getting Arrested

The man "did not get very far with his walker," according to authorities.

Wendy Williams' financial advisor claimed she's been "a prisoner in [her] own home" amid the celebrity's legal battle with Wells Fargo.

The financial services company implied that it would sell its COIN holdings at a set price of $57.

The 67-year-old man is nicknamed the "old man bandit" for his history of bank robberies that span decades.

“Wendy has been very clear that she does not want a financial guardian to tell her what she can and cannot do with her money,” the TV host’s lawyer La’Shawn Thomas said.

Wendy Williams is in "good form" and ready to return to television, a report says.

Wendy Williams still cannot "log into her online accounts and see what's going on with her assets," her lawyer LaShawn Thomas said.

The talk show host took to social media to call out her former financial adviser and ex-manager after Wells Fargo froze her out of her bank account.

Why Wendy Williams’ Friends Are ‘Very Worried’ About Her After Show Cancellation: Report

Wendy Williams has been missing doctor visits, the pals of the longtime talk-show host said.

Wendy Williams claimed Wells Fargo had "for more than two weeks" denied her access to her "accounts, assets and statements" after her former financial adviser alleged Williams was "of unsound mind."

Wendy Williams claimed Wells Fargo denied access to her financial assets "for weeks" without providing her or her lawyer with "adequate explanation or evidence to support its decision."

Wells Fargo To Shut Down All Personal Credit Lines

Wells Fargo customers are expressing anger after many still didn’t receive their third stimulus check—despite being told they would get it on March 17.

Wells Fargo Under Fire For Withholding Stimulus Checks Until Next Week

The banking company announced on Saturday that their customers can expect their $1,400 starting March 17, which has some upset.

Dawn Wells, known for her role on the hit TV show "Gilligan's Island" as Mary Ann, passed away on Wednesday due to complications caused by COVID-19. Celebrities like William Shatner, Jane Lynch, Jon Cryer and others paid tribute to the late actress.

The sale of the unit would mark biggest disposal so far in Charles Scharf’s tenure as CEO.

Real Estate Wire Fraud Is A Growing Cybercrime, But There Are Ways To Prevent It

The EDIL was launched during the pandemic to provide economic relief to small businesses and non-profit organizations experiencing a temporary loss of revenue.

As it issued more loans in spring the banking company had to sell off other assets to abide by Fed rules set after 2016 scandal.

The prominent investment bank could have up to 10% of its 39,000 employees graded as “underperformers” this year.

While JPMorgan Chase and Citigroup posted better-than-expected second-quarter earnings, Wells Fargo reported its first quarterly loss since the darkest days of the recession.