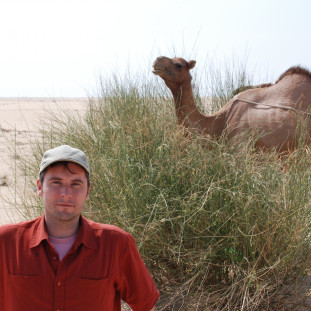 A 7,200-mile connection between the U.S. West Coast and Japan can carry data 10 million times faster than your cable modem.

Puerto Rico Debt Relief Bill Explained: How It Happened And What’s Next

The Senate OK’d the plan two days before Puerto Rico is due to pay $1.9 billion to creditors, including more than $1 billion to bond holders.

Tuesday’s terrorist attack, which killed dozens at Istanbul’s main airport, was another blow to the country’s efforts to attract visitors.

Brexit Regret: Will There Be A New Referendum Vote? Huge Online Petition For New Vote ‘Hijacked’ By ‘Remain’ Supporters

Britain’s largest-ever parliamentary petition to hold a second EU referendum has 3.9 million signatures. It was created by a Brexit supporter.

A Jeep accident that killed “Star Trek” actor Anton Yelchin has drawn attention to problems that can arise when vehicles go from analog to digital.

Labeling Debate: Senate Law Could Pass, But Genetically Modified Food Labels Could Be Hard To Read

But provisions that would allow food companies to make labels readable only via smartphone have drawn criticism.

Can Donald Trump Become President? How GOP Could ‘Steal’ The Nomination With Conscience Clause

Too odious for some Republican officials, Donald Trump has led them to call for changes in party rules.

Investors reacted to the open source software maker’s plans to acquire 3scale and buy back $1 billion in stock.

CEO Elon Musk said an acquisition of SolarCity could make Tesla a $1 trillion company. Then Tesla lost $3 billion in valuation.

Authorities began to reopen the streets around the Orlando gay nightclub Tuesday as merchants tried to get businesses back to normal.

The Republican candidate has yet to guarantee that he won’t use donors’ money to pay back loans to himself.

A sizzling heat wave has contributed to at least seven wildfires sparked in Southern California, New Mexico and Arizona.

The presumptive Democratic nominee is heading into the general election flush with cash. Her expected opponent, not so much.

"I am here to run a police department, not a frat house," Mayor Libby Schaaf said at a news conference, after a second interim police chief departed amid a sex scandal.

Thomas Mair, accused of stabbing and shooting Labour Party lawmaker Jo Cox, gave his name as “death to traitors, freedom for Britain” when he appeared in court Saturday.

Chicago’s city council will vote next week on whether Uber and Lyft drivers will be required to undergo more regulatory scrutiny.

More than 50 State Department officials want a stronger U.S. response to the Syrian dictator, a memo obtained by the New York Times shows.

In a speech, Bernie Sanders said he looks forward to working with presumptive nominee Hillary Clinton — but he didn’t endorse her and didn’t end his campaign.

Was Labour Party rising star Jo Cox's murder the work of political opponents — or of "globalists" looking to win sympathy from the public? Any number of views appear online.

The families of people killed in mass shootings “don’t care about the politics,” the president said in Orlando, Florida. “And neither do I.”

A situation involving 23 officers from different forces, a prostitute and a suicide has taken down two police chiefs in a week.

Florida officials estimate there are only about seven unprovoked American alligator bites a year that require special medical treatment.

Wal-Mart (WMT) Layoffs: Retailer Cutting Back On In-Store Cash Counters At 500 Stores, But Most Expected To Take Other Positions

The retail giant wants store employees focused on customers, so it plans to test a consolidation of its invoicing and accounting operations, a report says.

Egyptian officials say they’ve found the remains of the Paris-to-Cairo flight that mysteriously crashed May 19.

The microblogging site may be looking to the German audio-sharing site to boost its number of subscribers.

The European Union wants a deal quickly with the United States to resolve a dispute over U.S.