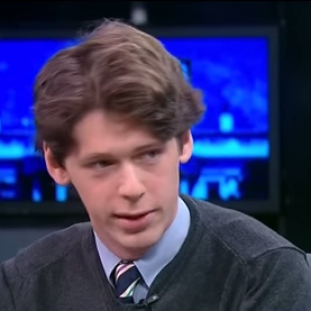 Cole covers labor and the workplace. His reporting has also appeared in In These Times, The Nation, The New Republic and VICE.

A regulation cutting workers’ exposure to a cancer-causing substance called silica has been literally decades in the making.

As Proxy Season Arrives, Activist Shareholders Are Challenging Corporations On A Range Of Labor Practices

The on-demand company's decision to grant stock options to cleaners, handymen and other staff drew praise Friday from the U.S. labor secretary.

Comments by Li Ka-shing, one of Asia's wealthiest people, came days after Moody’s downgraded its outlook on the Chinese territory’s long-term debt.

The move comes on the same day Brazil’s former president was sworn in as President Dilma Rousseff’s chief of staff.

A plan from U.S. regulators calls for at least two crew members on nearly every train, but even in an era of increased automation, critics are unhappy.

Cleaning service startup Managed by Q — which employs people like Evan Bochner — aims to prove good technology that is compatible with a positive work environment.

The Amalgamated Transit Union, which represents some 200,000 workers, praised the Democrat for "standing with the 99 percent."

The National Labor Relations Board case could greatly expand the fast-food giant’s liability for labor violations committed by franchisees.

The Republican’s presidential campaign is winning support from workers who are angry at the Democratic Party establishment.

U.S. authorities say the ride-hailing giant is not cooperating with an investigation into whether its drivers are employees or independent contractors.

Workers at a Trump-owned hotel in Las Vegas want the company to recognize the results of their union election.

Despite struggles in energy and manufacturing, the private sector added 214,000 jobs in February.

Freelancers have little ability to seek recourse from the contractors who stiff them. That may soon change in New York City.

Under a tentative deal, the Electrical Workers will pull back from efforts to organize a group of the ride-hailing service provider's drivers.

Alabama is the latest state to consider a so-called pre-emption law blocking cities — such as Birmingham, which recently adopted a $10.10 minimum wage — from enacting higher pay floors.

Proposals would make it easier for companies to fire workers, limit compensatory damages that can be awarded by labor courts.

EU Brexit 2016: What's At Stake If Europe Allows The UK To Slash In-Work Benefits For Migrants?

The contentious proposal to cut benefits for foreign workers likely will not reduce immigration to the U.K.

Marco Rubio Reels In More Wall Street Cash Than Any Other Candidate For President In 2016: Report

The Republican has taken in $4 million from financial interests, more than any other presidential candidate.

Protesters say a former New York City officer convicted in the death of Akai Gurley has been made a scapegoat.

In Bolivia, Voters Decide Whether To Give Leftist President Evo Morales A Fourth Term In Office

Depending on the outcome of a vote Sunday, Bolivian President Evo Morales, a self-described socialist, could stay in power until 2025.

Analysts expect depressed oil prices to unleash a wave of mergers and acquisitions throughout the energy industry — but that hasn't happened yet.

Deadly protests centered on caste benefits have cut off one of the Indian capital’s key water sources.