Gay and "pro-gay" athletes and tourists attending the Sochi Winter Olympic Games next year will face arrest under Russia's new "gay propaganda" laws, according to a Russian lawmaker.

Can Anthony Weiner’s Campaign Keep It Up?

The question on everyone's mind regarding the New York mayoral race is whether or not Anthony Weiner will be able to continue his candidacy, and if he stays in it, can he actually win?

Inside SERCO, The Company With A Hand In (Nearly) Everything

Serco is a corporation that provides services to everyone from Queen Elizabeth II to the U.S. government.

Authorities issued a statement Sunday as a firestorm raged over a dozen arrests of gay people at a Baton Rouge park on charges of violating the state's sodomy law, which was ruled unconstitutional by the U.S. Supreme Court a decade ago.

Supporters of the ousted leader say they will continue to demonstrate even after 70 were killed in raids Saturday.

"There is a palpable unhappiness with Washington," one pollster said.

Study: 'Atheism Will Replace Religion' By 2014

A new study by author Nigel Barber claims that atheism will come to replace religion by 2041.

A Norwegian town shrouded in darkness for five months every year has installed massive mirrors to reflect the sun and illuminate its town square.

Why NYPD's Ray Kelly Is Wrong For DHS Secretary

President Barack Obama and NYPD Police Commissioner Ray Kelly’s surprising courtship has led to a great deal of excited Beltway chatter over the past few days, but it should be seen for what it is: scary and strange. Obama fawned over New York’s top cop last week, going so far as to float his name and the title of Department of Homeland Security Secretary in the same sentence. “Mr. Kelly might be very happy where he is, but if he's not I'd want to know about it, because obviously he'd be very well qualified for the job,” Obama told Univision’s New York affiliate last week, adding that Kelly has done an “extraordinary job” as NYPD commissioner, Politico reported.

The NSA leaker's asylum application could take months, but the Russians may let him out of the airport while he waits.

Tokyo: The Ancient City From The Future [PHOTOS]

The intertwining of the frenetic and the serene is one of the enduring features of modern Tokyo.

Surprise! You Can Do Tokyo On The Cheap

Tokyo, long known as a super-expensive metropolis, has become accessible thanks in large part to the policies of new Prime Minister Shinzō Abe.

NYPD officers made a number of arrests as protesters marched through the streets of New York City Sunday night.

Hundreds rallied Sunday in the wake of George Zimmerman’s acquittal on charges associated with killing of Trayvon Martin.

Stopped And Frisked In A Distant Land

I had to travel to Tokyo to find out what it's like to be stopped and frisked because of the color of one's skin.

Branding Of Global Dissent With An Anonymous Mask

Protest movements such as Anonymous and Occupy Wall Street have undergone "branding" reminiscent of the best marketing.

How Did James Gandolfini Die?

James Gandolfini, star of the HBO hit "The Sopranos," was 51 and reportedly suffered a "massive heart attack."

A 2010 report reveals information-sharing shortfalls that may have contributed to intelligence about the marathon bombings going unheeded. 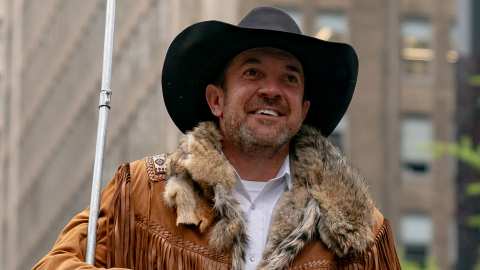 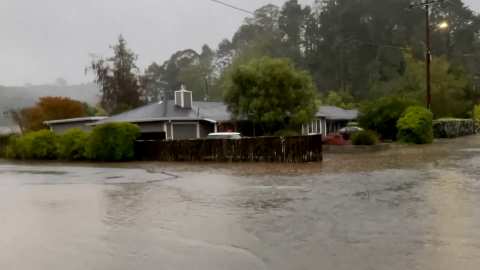 The new chat bubble for iOS shape will be more rounded than the present design.

A nurse in Florida has been fired after sharing photos of an infant with birth defects.

USPS Says It Wants To Be 'Slower' To Be More 'Accurate'

California To Use Stimulus Money For Ambitious Rental Forgiveness Plan

The state may also set aside $2 billion to cover unpaid water and electricity bills.

The Republican National Committee said the six-figure amount paid to Trump's Florida property was for "venue rental and catering."

Filipinos May Be Arrested For Refusing COVID-19 Vaccine Jab: Duterte

‘Jeopardy!’ Fans Pull For Burton As Host As Richards Steps Down

"Jeopardy!” is trending on Twitter as fans react to the step-down.

Chuck Liddell has insisted that he's innocent and the victim of the incident.

The Chicago Bulls will reach the playoffs in the eyes of former CBA head coach Chris Daleo.

Chargers, Titans In Position To Pull Off Week 6 Upsets