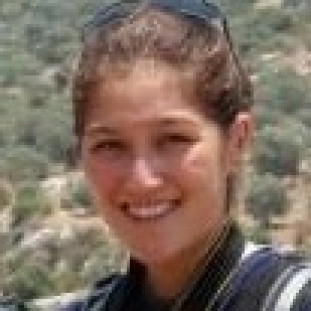 The problem for these lenders isn’t that these grads are not paying off their loans; it’s that they are.

Domenico Scala, head of auditing and compliance for global soccer’s governing body, has resigned, citing risks to independent probes into a corruption scandal.

The attack underscores the growing precariousness of regime forces’ position in the city of Deir Ezzor, home to an estimated 200,000 civilians.

As a June 23 referendum on Britain leaving the European Union draws near, economists, politicians and businesses are sounding the alarm.

Petrobras Corruption Scandal: US Investigation Stepped Up As DOJ, SEC Work With Brazil In International Probe

U.S. investigators are reportedly gathering documents and information from more than a dozen companies.

It's not the first time, and probably won’t be the last, that the ride-hailing app has been the source of controversy and legal disputes in Europe.

How Many Jobs Will You Have In Your Career? Poll Shows How Benefits, Age Affect Loyalty

Millennials who stay with one employer for more than a few years are a rare breed in the U.S., a new poll shows.

Agency starting to question inconsistencies, taking a fresh look at the regulations that define the term ‘healthy’ on food labels.

The price hike Monday extends a rally that has been underway for most of this year.

Well Before It Might Produce Hearts And Livers, 3D Bioprinting Is Reshaping Modern Medicine

Creating human body parts is the holy grail of 3D bioprinting. But even though that’s years away, the technology is already reshaping medicine.

The European Central Bank said its decision took into account “concerns that this banknote could facilitate illicit activities.­”

Will The UK Leave The EU? Brexit Question Weighs Heavily On British Economy

Ahead of a June referendum on Britain leaving the European Union, economic growth in the country seems to have stalled.

Janos Fonagy, the state secretary at the Ministry of National Development, described the ride-hailing company as “consciously and cynically breaking every Hungarian law­.”

In Frenzy Of Pharmaceutical Mergers And Acquisitions, Tensions And Unanswered Questions

Pharmaceutical companies announced deals worth $40 billion this week, but not everyone is convinced they’re good for business.

Who Is The World’s Richest Person? Not Amazon Inc (AMZN) CEO Jeff Bezos, But He’s Getting There

The Amazon founder regained his spot as the world’s fourth-richest person Thursday after the tech company’s stock soared.

A two-tiered patent-challenge system that plays an important role in the pharmaceutical industry is being scrutinized by the U.S. Supreme Court.

South Korea's Olympic Committee just unveiled a collection of pants and long-sleeved shirts for its athletes headed to Rio.

The insurance company beat analysts' expectations when it reported its first-quarter earnings Wednesday, even as its net income of $703 million fell nearly 19 percent from the previous year.

What We Know About Zika: Despite Gains, Vast Gaps Remain In World's Understanding Of Virus, Summit Shows

The agenda of a world conference this week in Paris shows how much about the virus remains unknown.

Obamacare: Why Harken Health Is A Notable Exception To UnitedHealth Group’s Exit From State Exchanges

Why is UnitedHealth, the nation’s largest health insurer, leaving Harken Health in place in the state markets it plans to exit in 2017 to cut losses?

CEO Steve Easterbrook was brought over from Britain in early 2015 to save the ailing fast-food chain. Here's how he says that’s paid off.

How Prince Fought The Music Industry And The Internet: A Career Fraught With Legal Battles For Control

Fiercely protective of his music, the Purple One waged legal battles throughout his career. Were they just good business?

What Happens To Prince’s Memoir? ‘The Beautiful Ones’ Was Slated For Fall 2017 Publication

The book, announced a month before the superstar’s death, was billed as ‘an unconventional and poetic journey.’

Queen Elizabeth II Birthday: She Chose To Work On Her 90th, But For Other British Women, Working Past Retirement Age May Become Necessity

It was symbolic that Queen Elizabeth II chose to work Thursday, her birthday, because the pay-gap outlook for British women is abysmal.

Earnings will likely reflect that Anthem, Aetna, Humana and Cigna are still figuring out how to thrive in an Obamacare world.