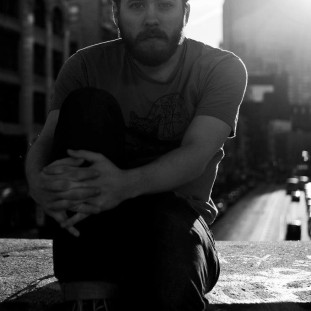 Eric Brown is an IBTimes reporter who eats far too much pizza. He is a graduate of Mercer University in Macon, Georgia, and currently resides in Brooklyn.

Steven Soderbergh is adapting “The Girlfriend Experience” as a Starz anthology series. Here are 13 casting suggestions inspired by notable portrayals of prostitutes in the past.

A New York Times report has the Walt Disney Company considering a stake in Vice Media, but insiders say Disney has no such plans.

Three weeks after its U.S. premiere, "Maleficent" nabbed the top spot at the Chinese box office, taking in $20.3 million in its opening weekend.

The state-run China Film Group detailed a plan to sell 25 percent of the company for a total of 467 million new shares.

After establishing himself as a talented sci-fi director with "Looper," Rian Johnson has accepted the job of helming "Star Wars: Episode VIII."

AMC has pushed back the "Breaking Bad" prequel until early 2015, but ordered a second season in a show of confidence.

The 78-year-old politician and libertarian icon will appear in "Atlas Shrugged: Who Is John Galt."

The "Chelsea Lately" host will helm her own Netflix talk show when her contract with E! expires.

Another victim of the train accident that killed a camera assistant on the "Midnight Rider" set has sued Gregg Allman and other producers.

Unicode Unveils 250 New Emoji, Gets Thumbs Down For Diversity

Users are about to get 250 new emoji including a raised middle finger and the Vulcan salute, but what they won’t find are people of color.

Now in its 17th year, the Shanghai International Film Festival offers competing visions for the future of Chinese cinema.

A month after "Godzilla" topped the U.S. box office, the King of the Monsters earned Warner Bros. its biggest opening weekend in China.

The King of the Monsters rakes in $10.9 million on Friday, making it China's biggest opening day of 2014.

After turning the Biblical apocalypse into a buddy comedy, Franco and Rogen set out to kill North Korea's Dear Leader.

Jill Abramson, the ousted former executive editor of the New York Times, will begin teaching at Harvard University this fall.

"22 Jump Street" and "How To Train Your Dragon 2" both hit box offices this weekend, but instead of squaring off, they could both walk away winners.

Bill Murray may be a living legend, but he's not going to win an Emmy for a 40-second cameo on "Alpha House."

'Transformers: Age Of Extinction' Heralds Age Of The Globalized Blockbuster With US-Chinese Co-Production

Tom Cruise's star power in "Edge of Tomorrow" wasn't enough to overcome the devoted fanbase of the YA novel "The Fault in Our Stars."

Tom Cruise's "Edge of Tomorrow" may not have connected with American audiences, but the sci-fi time-travel feature did big business in China.

Verizon is exploring legal action against Netflix after the streaming site blamed Verizon for slow service.

The Wachowskis' "Jupiter Ascending" has been pushed back, reducing 2014's already scant number of female-directed films.

The newspaper has pulled a transphobic op-ed piece reprinted from the National Review about "Orange Is the New Black" star Laverne Cox.

"A Game of Thrones" author George R.R. Martin is already under pressure to finish his series before the HBO show overtakes him, but he may add an eighth book before finishing in time.

Andy Cohen's 'I Slept With A Celebrity' Is Playing With Fire

Andy Cohen is developing the self-explanatory reality show "I Slept With a Celebrity," but such a conceit could leave the show open to legal action.