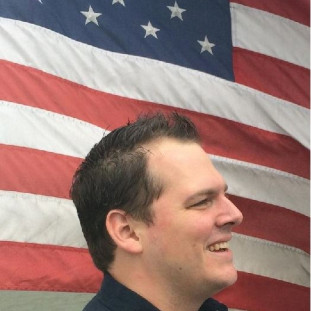 Matt Schiavenza is an International Affairs correspondent with the International Business Times. His work has appeared in the Atlantic, Daily Beast, and Huffington Post.

Hours after the territory's government called off meetings with student leaders, more protesters appeared in Admiralty.

China Economy Surpasses US In Purchasing Power, But Americans Don't Need To Worry

The U.S. has been No. 1 since 1872. But purchasing power parity is an imperfect measurement, and Americans don't need to worry.

With only days to go before student leaders meet with the government, protesters in Hong Kong are fewer in number and less motivated.

Hong Kong Protests: Talks Or Not, Beijing Still Has A Problem

As student leaders prepare to meet with the territory's government, the differences between the two remain unresolved.

One of the main groups behind the protests have blamed government forces for failing to rein in pro-Beijing people.

As the government agrees to meet with them, protesters have struggled to present a unified front and course of action.

The Centers for Disease Control held an hour-long Twitter chat to answer the public's questions about the Ebola outbreak.

The former federal reserve chairman made the remarks at a conference in Chicago.

As officials seek out at least 80 people who had contact with patient Thomas E. Duncan, school attendance in Dallas drops 10 percent.

In condemning the protesters, an editorial in the People's Daily used a word with deep resonance in modern Chinese history.

Protests Aside, Hong Kong's Status As Financial Center Is Not In Jeopardy

Despite the stall in business due to Occupy protests, Hong Kong is well positioned to maintain its status as a major financial center.

Government officials refused, however, to meet if students insisted on preconditions.

Seventeen years after regaining sovereignty over Hong Kong, China may have alienated the territory's younger generations.

As protests rock the territory, reaction on the mainland has been muted: Censorship has worked, while some Chinese resent Hong Kongers.

How The Chinese Government Is Censoring Hong Kong Protest News

Whether Or Not China Replaces Central Bank Governor, Xi Jinping Is In Charge

Zhou Xiaochuan may get replaced as central banker, but China's president remains in control.

Taiwan's Investigation Of Xiaomi Is As Much About Politics As Cybersecurity

The island's pro-reunification government is eager to prove to skeptical citizens that it will not compromise national security.

With The Harsh Sentence of Ilham Tohti, China's Moderate Uighurs No Longer Safe

The lifetime sentence given to Ilham Tohti is the harshest punishment Chinese officials have dealt against a political dissident in recent years.

Aceh, the westernmost part of the country, may enact a law stipulating 100 cane lashes for those found guilty of having gay sex.

"I cannot see how it could assist any state's cause to allow the world to see a man like Alan dying," Henning's wife said.

A Texas man who made his way into the White House was armed with a folding knife, the Secret Service said Saturday.

In his decision, the governor wrote there was no need to legislate a matter already taken up by many private businesses.

Sierra Leone is under a curfew, but villagers close to its capital nonetheless attacked workers attempting to bury Ebola victims.

By investing in mobile platforms, Tencent has emerged as a threat to Alibaba's e-commerce dominance in China.

The money-market account started by Alibaba is one of the company's biggest successes, but might run afoul of Beijing's central planners.

Investors eager to own a piece of Alibaba will have a chance when it begins trading Thursday. But they won't — technically — own it.

An editor at a leading pro-DPRK newspaper believes trade ties between North Korea and an independent Scotland would flourish.

China makes the world's iPhones, but is less crazy about the iPhone 6 than the U.S. Still, Apple is doing fine in the second-biggest economy.

Shell delivered a record $40 billion profit in 2022, the energy giant said on Thursday, capping a tumultuous year in which a surge in energy prices after Russia's invasion of Ukraine allowed it to hand shareholders unprecedented returns.

Adele broke down in tears over a man holding up his wife's photo during her Las Vegas residency show Friday.