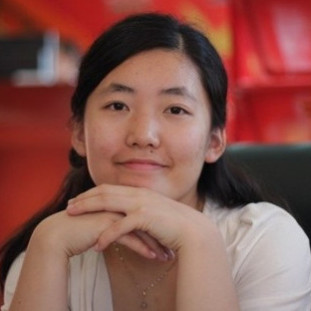 Moran Zhang is a finance and economics reporter at The International Business Times. Her work has appeared in the Wall Street Journal Digital Network’s MarketWatch, United Press International and the San Diego Union Tribune. She is a graduate of the Medill School of Journalism at Northwestern University and holds a master’s degree in business journalism. She is based in New York. Moran can be reached at m.zhang@ibtimes.com, and she can be followed on Twitter at @moranzhang.

Nasdaq Plunges 3% Due To Profit-Taking On Big Gains In Momentum, High-Growth Shares, Selling To Pay 2013 Taxes

The taxman took a bite out of U.S. stocks Thursday as investors sold to come up with the taxes due on short- and long-term capital gains.

Expectations for U.S. company earnings are on a slippery slope down Wall Street.

The company is right-sizing its business to align it with its new, more-modest revenue outlook.

Economists say Australia will not experience a hard landing from the fading of a mining boom.

With the winter weather slowly fading, economists expect March nonfarm payroll growth to spring up to 200,000.

France is slowly reforming itself, but it’s unlikely to see a renaissance like the one that followed Germany’s reforms in the 2000s.

Here's your cheat sheet to next week's company earnings reports.

Russia's economy could fall into recession for the first time since the 2008 global financial crisis.

Uncertainties are deepening about the Japanese economy ahead of its first consumption tax hike in 17 years.

Some analysts believe recent data weakness warrants a policy response. But a short-term boost would come at a cost. Here's why.

U.S. home prices will likely increase 4.5-5.0% in 2014, Nomura forecasts, with stronger growth expected in the West and Northeast.

Why Fed’s First Rate Hike Is Still Far Off

Worse-than-expected winter weather continues to have an eroding effect on earnings per share growth projections.

The Chinese yuan is ready to secure a larger spotlight on the world’s currency stage.

Fed Chair Yellen said it will take a major shock to the economy for the Fed to change its tapering timetable.

China’s growing appetite for dairy products is expected to benefit Chinese dairy producers as well as countries like New Zealand.

The risk is particularly high in third- and fourth-tier cities. When the U.S. property bubble burst, prices didn't collapse in New York but instead in places like Orlando and Las Vegas, one economist explained.

Their equity portfolios shrank as Russia's benchmark index plunged due to escalating tensions between Russia and Ukraine.

If extreme Iran-style sanctions are imposed on Russian exports, the EU would be much more exposed than the U.S.

The U.K. budget is one of the most widely covered events on the calendar because of its public impact.

“Credit defaults will definitely happen. It’s just a matter of timing, scale, and how big the impact is,” a bank regulator says.

If external financial support falters, the first signs of strain are likely to emerge in the banking sector.

China’s top leaders are emphasizing the need to adopt differentiated property market regulations rather than a “one-fit-for-all” policy.

The Feb. jobs report wasn't spectacular, but given current demographic trends, investors and job seekers will take it.