Before Fox airs it's new police procedural series "Deputy," get to know the star-studded cast.

Months after Kevin Spacey's accuser died of cancer, the case against the actor has finally come to a close with both sides coming to a settlement.

How To Watch ‘Friends’ After It Leaves Netflix

In the New Year, Netflix will no longer be streaming the entire series of "Friends." So where can you watch the classic sitcom? Well, there are a couple of options.

After many delays and reshoots, it seems like "New Mutants" will finally make its way to theaters as a new trailer has just been announced to be dropped next week.

The "Uncharted" film adaptation loses another director as Travis Knight drops out of helming the movie due to scheduled changes in the release and with main actor Tom Holland.

'Murder Mystery' Is Netflix's Most Popular Release For 2019

Netflix has released its list of the most popular releases of the year, and the top spot went to this Adam Sandler film.

Mark Millar Wants To Partner Up With BTS

K-pop group BTS is getting some attention from comic book writer Mark Millar, who is interested in having them perform a song for the next "Kingsman" movie.

Madonna's latest boyfriend, Ahlamalik Williams, has been in the headlines lately regarding their relationship.

One of the writers of "Star Wars: The Rise of Skywalker" touched on the reason why Kelly Marie Tran's screen time in the film was reduced in the theatrical cut.

On George Michael's Anniversary, His Sister Passes Away

Three years after the death of George Michael, his sister Melanie Panayiotou passes away at the age of 55 on Christmas Day.

Shannon Lee and her father's estate are suing a local Chinese fast-food chain for the use of his image at their restaurants across China.

Actor Laurence Fishburne is helping launch comedian Eddie B into TV with a new comedy series for ABC based on his stand-up material.

Rose Tico didn't get enough screen time in the new Star Wars film, so "Crazy Rich Asians" director John M. Chu pitched an idea for a TV series to Disney Plus based on the character.

After sparking some controversy from Meghan Markle and Prince Harry's Christmas card photo, close friend Janina Gavankar came to their defense to respond to those criticisms.

Ahsoka's fate in the Star Wars universe has been a mystery until "Star Wars: The Rise of Skywalker." However, there is more to the story according to "Star Wars: Clone Wars" creator Dave Filoni.

After suffering from injuries on her Madame X Tour, Madonna shares some grim news that she would have to cancel her last stop in the US to recover.

Hulu and Amazon Prime Video subscribers will get a chance to watch some of the original Star Trek films when they release on the streaming platforms during the New Year.

Queen Elizabeth will address the UK with her annual Christmas speech and recap her overall thoughts on the past year.

K-pop phenomenon BTS unveiled some news on social media suggesting some big plans coming up for them in 2020.

'Bloodshot' Gets Pushed Back To March

The upcoming film "Bloodshot" has received a new release date, giving the superhero flick a new launch window for audiences to check out Vin Diesel and Sam Heughan in action. 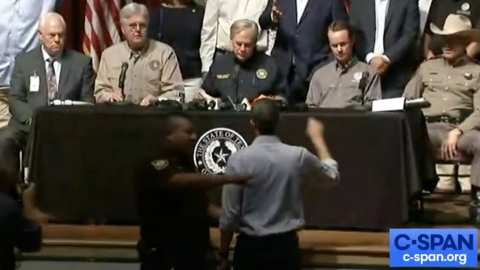 Asian share markets slipped on Thursday after minutes from the Federal Reserve's early May meeting showed a majority backing half-percentage-point rate hikes in June and July, and as persistent...

A vampire facelift involves using the patient's own blood to treat signs of aging.

Melissa Zeidan was running errands in her San Francisco neighborhood on Tuesday - filling her car's gas tank, returning some clothes - while two of her young children were at school.

Donald Trump's campaign to play kingmaker in this year's U.S.

Lisa had to overcome her nervousness so she could give her best in all her solo activities.

Instead of renewing their contracts with JYP Entertainment in 2021, GOT7 members collectively decided that it is time to try new routes in expressing themselves as artists.

The original main event of ONE 158 might still happen on July 22 after being postponed.