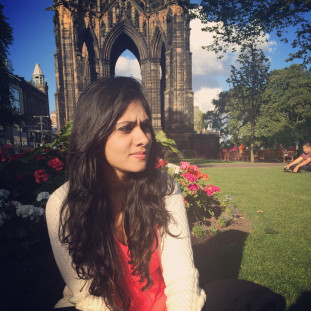 Vladimir Putin showcased his musical talent while he was in Beijing for a summit on the modern Silk Road on Sunday.

According to a report by a local network, prosecutors are looking to add a charge of statutory rape against the former teacher.

Steve Harvey Is Not Sorry For Memo Protecting His Personal Space

The talk show host came under fire for a memo sent out to his staffers last year, asking them not to approach him.

BTS Gets Advice From PSY On How To Handle International Fame

The South Korean artist was full of compliments for the country’s latest sensation BTS, or the Bangtan Boys.

The popular burger joint in Livermore, California was temporarily closed after some customers reportedly became sick after consuming their food.

Michael Parks Cause Of Death: 'Kill Bill' Actor Dies At 77

The actor was a favorite among directors like Quentin Tarantino, Kevin Smith and Robert Rodriguez, appearing in "Kill Bill," "Argo" and other big projects.

READ: Full Text Of Betsy DeVos' Speech At Bethune-Cookman University Where She Was Booed

Secretary of Education Betsy DeVos met with great resistance as she spoke at the historically black school’s commencement Wednesday.

Aaron Hernandez's Family May Not Get Paid By The Patriots, Report Says

Former NFL star Aaron Hernandez’s conviction for a 2013 murder was dismissed by a Massachusetts judge Tuesday after he committed suicide in his prison cell last month.

In a letter to President Donald Trump, Attorney General Jeff Sessions recommended that the FBI needed “an experienced and qualified individual” to take over as chief.

Carter Wilkinson will be getting a year's supply of chicken nuggets from fast food chain Wendy's after his social media became the most retweeted tweet ever.

Big Black Net Worth: How Rich Was Christopher Boykin At The Time Of Death?

Boykin was a former member of the U.S. Navy, a musician, a celebrity bodyguard and a popular television personality.

A new death report on the NFL star said he was linked to the Bloods street gang.

Aunt Jemima Pancake Recall 2017: List Of Products, How To Get Refund For Possible Listeria Contamination

Who Is Min Bahadur Sherchan? Everest Climber Dies In An Attempt To Become Oldest Man On Peak

Steven Holcomb Cause Of Death: Bobsledding Champion Dies At 37

The three-time Olympian was expected to be part of the U.S. Olympic team headed to the 2018 Pyeongchang Games in South Korea.

The billionaire investor said the Republican healthcare bill would provide “a huge tax cut” for the rich.

The Tennessee teacher was arrested last month after he ran away with his 15-year-old student Elizabeth Thomas earlier this year.

As the founder of psychoanalysis, Freud is credited with creating a completely new approach to the understanding of the human personality.

Talk show host Stephen Colbert made comments earlier this week against President Donald Trump, as well as his supporters.

A possible suspect who was involved in a gun fight with the law enforcement authorities and was injured in the process is now in the hospital.

The South Korean band was nominated alongside Selena Gomez, Justin Bieber, and other international celebrities in the “Top Social Artist” category.

The nonprofit had previously threatened to sue if the president's executive order on religion was “used as an excuse to discriminate.”

The Vermont senator said he will quote the president in asking for a universal healthcare system.

Where Is Barron Trump? President's Son Moving To Washington D.C. To Attend A ‘Good School’

President Donald Trump says his youngest son has been accepted into a school in Washington D.C. and will soon move to the White House with his mother, Melania Trump.

Massive protests have been organized to “Rise and Resist” against the president as he returns to New York City for the first time since inauguration.

The House of Representatives is scheduled to vote on a Republican healthcare bill Thursday to repeal and replace key parts of Obamacare.

Princess Diana Documentary By HBO In The Works, To Feature Sons Prince William And Prince Harry

The documentary is expected to mark the 20th anniversary of Princess Diana’s passing.

The executive order, backed by Vice President Pence, has been criticized for the broad exemptions it provides to people and groups on religious grounds.

Daniela Greene, a contractual linguist with the FBI, sneaked into Syria to marry top ISIS recruiter Denis Cusper in 2014.