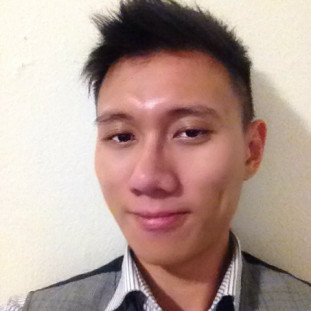 World leaders also condemn the violence that killed at least 20 in the country's capital and declare support for its citizens.

A museum in the Tunisian parliament complex was filled with about 100 tourists when two armed attackers entered and opened fire.

Beijing joins global efforts to help an island nation in the Pacific recover from a storm that devastated most of its infrastructure.

Many have protested the government’s plan to relaunch the country’s nuclear energy program following the Fukushima disaster.

Bali Nine Update: Executions Could Be Delayed For Months Because Of Filipina Judicial Review

The judicial review of the Filipina member of the group could mean a delay of about three months.

Iranian officials say the majority of technical issues have been resolved, a change from Western diplomats' expectations of a long debate earlier today.

Nearly half of Vanuatu's population has been affected by food, water and supply shortages, government officials say.

The man ran toward the cockpit and reportedly claimed to have a bomb, but no weapons were found on him.

Delegates from Tehran were more optimistic than Western counterparts about negotiations aimed at limiting Iran's uranium use.

Cyclone Pam's winds of up to 185 mph left a devastating effect on the small South Pacific island nation.

The Obama administration released a report showing Obamacare has reduced the number of uninsured, despite Republican efforts to overturn law.

The Louisiana National Guard released the names of the unidentified victims Monday.

Australians were the third largest group of visitors to Indonesia after Singaporeans and Malaysians.

The protesters marched 37 miles to New Delhi before clashing with police outside Parliament.

Japanese Golden Eagles Face Extinction With Only 500 Left In Wild

Human development has been cited as the primary reason for the subspecies' decline.

A recent report reveals that South Koreans have some of the least-generous pension systems and highest elderly poverty rates in the world.

The former president's conviction on terrorism charges was politically motivated, his supporters say.

Marijuana Legalization In Nevada: Voters To Decide Whether To Regulate Like Alcohol

Voters in Nevada are likely to be able to decide whether to end prohibition on marijuana possession.

Activists were alarmed over the growing limits on freedom of expression in the country.

Moscow said its cooperation with the Southeast Asian nation was in line with international norms and bilateral agreements.

"It is a vague feeling I have that the Lord chose me for a short mission."

One Afghan Taliban leader favors negotiations with Kabul, while another opposes them: Pakistan is attempting to bridge the gap.

Terry Pratchett's Discworld novels span over 40 books but they can be organized by several character arcs.

Video shows teachers risking their lives to keep schools running and doctors performing surgery by the glow of cell phones.

The head a presidential panel said he misspoke, and that the South was committed to peacefully unifying the two Koreas.

Most arrests involved the Uighur Muslim minority in Xinjiang and protesters in Tibet.

While in prison, the Australian prisoner has picked up art and used it to make a personal appeal to Indonesia's president.

Jennifer Lopez and Ben Affleck are "very head over heels for each other" nearly three months after they tied the knot.