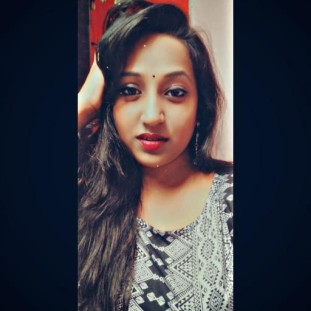 Nicola and Brooklyn announced their engagement in July 2020.

Andrew Garfield Reveals He Enjoyed Lying About His 'Spider-Man: No Way Home' Role

"There were moments where I was like, ‘God, I hate lying.’ I don’t like to lie and I’m not a good liar, but I kept framing it as a game," Garfield said.

The 29-year-old rapper took to Instagram Stories on Wednesday to share the update with her 121 million followers. "I'm not exaggerating, this baby is talking," Cardi said in a video.

Ever since the separation, West has been spotted with different women. Just this week, he was seen with Puerto Rican artist Audri Nix in Miami, and later with actress Julia Fox in New York City.

Britney Spears enjoyed an artsy day out with fiancé Sam Asghari and her two teenage boys in LA, and an insider has revealed that she seemed “happy and carefree” during the tour.

Drew Barrymore shared an honest message on Instagram with her followers where she has vowed to put her wellness above all.

"She's over the moon, they're almost like high school sweethearts all over again," a source said about the couple.

The couple celebrated Christmas this year with Liam Hemsworth's family on a European ski trip.

The actor's interview didn't go well with Sarah Tither-Kaplan and Toni Gaal, who had filed a lawsuit against him in 2019.

Dua Lipa And Anwar Hadid Split After 2 Years Of Dating

Rumors surrounding their breakup have been doing the rounds for a while now.

Michael Keaton is reprising his role of the caped crusader in the upcoming movie, “Batgirl” according to multiple reports.

Jon Batiste had a big day as he leads the nominations with 11 nods.

Taylor Swift's "Evermore" has been nominated in the "Album of The Year" category at the 2022 Grammy Awards.

The third track from Adele’s new album “30” includes a recording of the singer talking to her 9-year-old son Angelo.

Grande co-stars with Lawrence in the upcoming movie, "Don't Look Up."

The public display of affection took place on a couch, off the side of the dance floor, but it quickly grabbed the attention of the guests.

The “Doctor Strange” star revealed that his role as Phil Burbank required the consumption of copious amounts of rolled-up cigarettes.

Ryan Reynolds, who was given the same award in 2010, also gave a piece of advice to Paul Rudd.

Henry Cavill Says He Wants To Play Superman Again: 'Cape Is Still In The Closet'

Talking about his character's decision to kill General Zod, the actor said, "There's an opportunity for growth after that, to explore the psyche of Superman as a deep, seemingly invulnerable god-like being but with real feeling on the inside."

Ed Sheeran has scored his fourth No.1 album on Billboard 200 by dethroning Drake’s “Certified Lover Boy” from the top spot.

Cardi B 'Feels Like A Teen' After Meeting Robert Pattinson [Watch]

Cardi B recently met Robert Pattinson at a party and she couldn’t help herself from fangirling over the “Twilight” star.

"I know what I look like. I have no choice," Sarah Jessica Parker said, adding, "What am I going to do about it? Stop aging? Disappear?"

After Stormi was born in 2018, Jenner took to Instagram to explain her reasons behind keeping her pregnancy journey private.

U.S. Treasury yields a year from now are forecast to trade sharply lower than the level expected by bond strategists polled by Reuters just one month ago, underscoring how much financial markets have diverged this year from the central bank's view.

A planned guest appearance by Ukraine President Volodymyr Zelenskiy at Italy's biggest showbiz event - the Sanremo song festival - is attracting cross-party criticism in a country where public support for Kyiv's war effort is at best lukewarm.

'Paranoid' Man Rams Truck Into Police Station 'To Be Heard'

Chacon had made several calls to the department over the past few years to report "strange happenings" that were later found baseless.

'Everything Everywhere' Resonates With A Diversity Of Audiences

Two To Be Sentenced For Roles In Jan. 6 Attack On U.S. Capitol Police Officer

Two men will be sentenced on Friday for their roles in the pepper-spray assault of a U.S.

When Donald Trump trounced his Republican rivals in New Hampshire's 2016 primary, the stunning win announced to other states the reality TV showman was a serious contender.

All Eyes On Turnout As Tunisia Votes Again After Boycott

Is George Santos Lying About His Finances?

Here's How 'Teen Wolf: The Movie' Explained The Absence Of Stiles Stilinski

"No matter what, we're all adults. So I wasn't worried about the outcome or how we'd handle it," Ben Higgins said about meeting his ex-fiancée's husband.