In his wide-ranging speech on his vision for the Middle East, U.S. Barack Obama said the map of Israel and Palestine should adhere to the borders that existed prior to the Six-Day War of 1967.

The Pakistan Taliban has threatened vengeance against the West for the killing of Osama bin Laden by U.S. Special Forces more than two weeks ago.

Dorothy Parvaz is freed after detention

Journalist Dorothy Parvaz has been released by the Iranian authorities and is back in Doha, on early Wednesday.

Greek labor unions, students and others are planning massive a nationwide rally and general strike for tomorrow to protest the government’s austerity budget and deep spending cuts, as well as the imposition of European Union (EU) and International Monetary Fund (IMF) onto the country’s affairs.

The Prime Minister of Pakistan will address Parliament today to discuss in detail the U.S. commando raid which killed Osama bin Laden, amidst swirling accusations that Islamabad has been harboring the al-Qaeda terror chief for many years.

A vainglorious Osama Bin Laden dyed his beard black and put on golden robes when he appeared before camera to record his ominous messages to his followers and adversaries from a hideous den in Pakistan. New video footages released by the Pentagon shows the terror mastermind squatting in a squalid room with bare minimum furnishings and a 14-inch TV set, holding a television remote.

Osama bin Laden was “active player” in Al-Qaeda up to his demise: U.S. official

Taliban gunmen have unleashed a series of brutal assaults on government targets in Kandahar, a city in southern Afghanistan.

In defiance of the government’s brutal crackdown, thousands of Syrians have taken to the streets across the country for yet another mass rally against the regime of President Bashar al-Assad.

The former interior minister of Egypt has been sentenced to twelve in prison on a conviction of money laundering and profiteering.

Osama bin Laden, the man who masterminded the deadly Sept. 11 attack, a pariah to the Western world and celebrated by many in the Arab world is dead and buried in sea but his ignominious legacy lives on.

Pakistan braces for backlash from Osama killing as rumors swirl

Following the spectacular killing of Osama Bin Laden in a hideaway near the capital city of Islamabad, senior figures of Pakistan’s government reportedly convened a high-level meeting to discuss the ramifications of his death, according to a report in The Nation, an English language Pakistani daily.

The Syrian army has seized control of the Omari mosque in the southern city of Deraa, the focal point of anti-government protests that have roiled the country for the past six weeks.

Libyan rebels have rejected a proposal by Moammar Gaddafi to call for a ceasefire in exchange for an end to NATO military strikes.

A military court in Bahrain has imposed the death sentence of four Shia Muslim protesters who were implicated in the deaths of two police officers during anti-government demonstrations last month, according to state-controlled media.

Rival Palestinian groups Fatah and Hamas are reportedly agreed to end their schism and form a joint unity government.

Habib el-Adly, the former interior minister in the regime of Hosni Mubarak, is currently undergoing trial on charges he ordered state security forces to shoot unarmed protesters during the uprising a few months ago.

Syrian army tanks have reportedly rolled into the southern city of Deraa as the regime of President Bashar al-Assad seems committed to intensifying its crackdown on anti-government protests, following a bloody weekend of killings by state security forces. 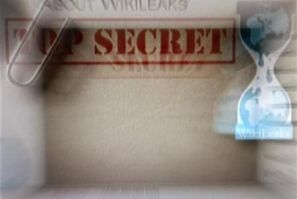 Gunatanamo detainees verbalized violent threats against their captors, according to the latest set of classified files leaked to anti-secrecy website WikiLeaks.

Two Syrian lawmakers have resigned in protest over the government’s brutal crackdown on protesters, according to reports.

One day after the bloodiest day of the uprising against the regime of President Bashar al-Assad (in which at least 90 people were killed security forces), at least five more protesters died when government troops fired on mourners attending funeral processions.

At least 1,000 demonstrators have assembled and marched through the city of Salalah in southern Oman demanding more jobs, higher wages an end to corruption and democratic reforms.

In what is becoming the bloodiest day of the uprising in Syria thus far, up to 70 protesters have died on Friday, as state security forces of President Bashar al-Assad are using live ammunition and tear-gas to disperse thousands of demonstrators across the country.