At least 69 people were killed in southern Syria on Monday, most of them in clashes between army deserters and troops loyal to President Bashar al-Assad, activists said on Tuesday.

A Human Rights Watch report charged the Syrian government, and its systematic crackdown on civilians, with crimes against humanity, calling for the Arab League to suspend Syria's membership.

Greece Has New Interim Leader, But Papandreou Won’t Yet Say Who

We have agreed on someone who will unite us, Papandreou reportedly said, without revealing his identity.

Fears grew at the time that the disturbances were largely organized by youths using their mobile phones.

Britain rejected calls from China and Russia for greater Internet controls on Tuesday at the opening of a major cyberspace conference but was criticized for suggesting curbs on social media after recent riots.

Tunisia's Ghannouchi too liberal for some Islamists

Tunisian Islamist leader Rachid Ghannouchi is seen by many secularists as a dangerous radical, but for some conservative clerics who see themselves as the benchmark of orthodox Islam -- he is so liberal that they call him an unbeliever.

Another mass grave holding 267 dead bodies has been discovered in Sirte, the hometown of Moammar Gadhafi. This news preceded the announcement that the Gadhafi family plans to file a war crimes complaint with the International Criminal Court against NATO for its role in Gadhafi's death.

The body of the late Libyan dictator, Col. Moammar Gadhafi, was buried at a secret location, at dawn on Tuesday, al-Jazeera reported. The burial will, hopefully, end the ongoing wrangle over the amount of time his decomposing body was left to rot by officials of the Libyan interim government.

Libya's chief forensic pathologist says an autopsy has confirmed that Moammar Gadhafi died from a gunshot to the head, as he uttered his last words.

Libyan tyrant Moammar Gadhafi's four-decade long rule came to an end on Thursday as the autocratic ruler was killed by Libyan rebels he once ridiculed as rats. An autocrat who was condemned for tyrannizing his own people and sponsoring terrorism out of the country, Gadhafi will be remembered not only for his cruelty, but also for being an unmatched weirdo.

Eight months of civil war in Libya ended Thursday with the brutal death of Col. Moammar Gadaffi. With him, ends 42 years of bizarre era of brutality and dictatorship.

U.S. President Barack Obama on Thursday said now that Moammar Gadhafi is dead, Libya has an opportunity to determine its own destiny. The Libyan government announced Gadhafi's death on Thursday after the ousted dictator was killed in what the interim Prime Minister said was crossfire between transitional government troops and those loyal to Gadhafi.

Medical examiners in Misrata have determined that Gadhafi's cause of death was two bullets wounds.

Moammar Gadhadi died on Thursday The former king of African kings was found alive by revolutionary fighter Ahmed Al Shebani on Thursday, according to reports. He was hidden in a pipe beneath the city of Sirte.

Moammar Gadhafi has been killed, giving crowds of Libyans room to finally flood into the streets shouting and firing gunshots, not in opposition, but in triumph over the end of a 42 year dictatorship.

Moammar Gadhafi was reported killed in Sirte, Libya on Thursday, and video of his death has been released by al-Jazeera.

Former Libyan Dictator Moammar Gadhafi was killed Thursday after being injured during a Libyan rebel attack near his hometown of Sirte. A new Libya is born, a rebel spokesman said. 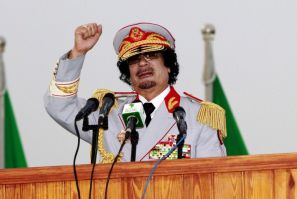 Moammar Gadhafi Dead, Says NTC: A Timeline of his Capture

After 42 years, Moammar Gadhafi era is now finally complete, with the former dictator either dead or captured. 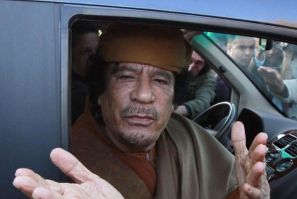 Reuters said that a “senior NTC military official” stated that Gaddafi has “died of wounds suffered during [the] reported capture.” 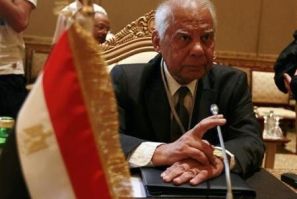 Egypt's Finance Minister Hazem el-Beblawi has quit after less than three months in the post over the government's handling of a protest by Coptic Christians on Sunday night, an aide to Beblawi said on Tuesday. 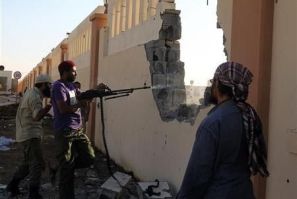 Snipers hiding in a mosque and Muammar Gaddafi's favourite summit venue held back Libyan government forces trying to capture his hometown on Thursday, making forecasts of a quick end to the battle look premature. 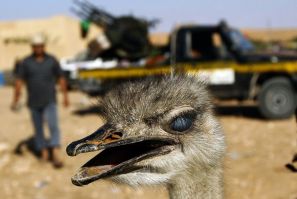 Volunteers in the embattled city of Sirte are currently caring for 500 ostriches once owned by the Libyan dictator that were left without food or water when loyalists fled the city.

In a landmark verdict, a Hong Kong court ruled on Friday that a law barring foreign maids from applying for permanent residency was unconstitutional. 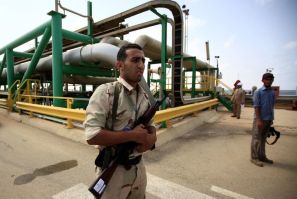