As rebel fighters reached Green Square in heart of Tripoli in the early hours on Monday, speculations ran high that dictator Moammar Gadhafi had fled the capital.

Even as Libyan dictator Moammar Gadhafi's grip on the country was slipping fast with rebels making headway into the center of Tripoli and international pressure on the four-decade ruler to step down reached its zenith, there are reports that Gadhafi's son Seif Al-Islam has been captured by the rebels while another son, Mohammed, has surrendered.

Gaddafi Forces Fighting Back in Tripoli

Rebel fighters swept into the heart of Tripoli Sunday night and crowds took to the streets to celebrate the impending fall of Muammar Gaddafi, but the dictator's loyalists were reported fighting back as dawn broke Monday.

Jubilant rebel fighters swept into the heart of Tripoli Sunday night as Muammar Gaddafi's forces collapsed and crowds took to the streets to celebrate the apparent downfall of his 42-year rule.

Rebel fighters streamed into Tripoli as Muammar Gaddafi's forces collapsed and crowds took to the streets to celebrate, tearing down posters of the Libyan leader.

Rebel fighters streamed into Tripoli as Muammar Gadhafi's forces collapsed and crowds took to the streets to celebrate, tearing down posters of the Libyan leader.

Gunshots Heard in Tripoli After Daybreak

Explosions and gunfire rang out in Tripoli after dawn as opponents of Muammar Gaddafi rose up in the capital, declaring a final push to topple the Libyan leader after a six-month war reached the city's outskirts.

Gadhafi Puts the Blame on Rebels for Reported Uprising During Ramadan

Libyan Leader Muammar Gaddafi has blamed rebel forces in the country for the recent uprising as the people celebrate the month of Ramadan.

The Arabic network?s Kabul bureau chief has been held in prison since August 10 after being detained in occupied West Bank.

China's first aircraft carrier -- which attracted worldwide attention among fears that the second-largest economic powerhouse in the world is rapidly bolstering its military powers -- set sail on Wednesday for its sea trial.

Hundreds of thousands of Israelis gathered in the streets of Tel Aviv and other major Israeli cities on Saturday night to protest the high cost of living for the middle class, in one of the largest social rallies in Israeli history.

Saudi security forces have killed a gunman who had fired upon the palace of Saudi interior minister Prince Nayef bin Abdul Aziz Al Saud in Jeddah.

A rebel spokesman claimed that Libyan leader Moammar Gadhafi's youngest son Khamis was killed in a NATO airstrike on the Western town of Zlitan.

Tens of thousands of people marched across Syria on the first Friday of the Muslim fasting month of Ramadan, stepping up defiance of President Bashar al-Assad's bloody crackdown on unrest as his tanks again shelled Hama and massed outside another restive city.

As of 8 a.m. on Wednesday, Emily was located at about 145 miles southeast of Santo Domingo, the capital of the Dominican Republic with maximum sustained winds of 50 miles per hour, or 85 kilometers per hour. Emily is still on a westward movement at a speed of 14 miles per hour, according to the National Weather Service.

Al-Jazeera English has been hailed for its vivid, path breaking coverage of the Arab Spring gaining worldwide recognition for it expansive resources and reportage, but the majority of the US can only watch the channel online.

Terrorist attacks in Oslo's central government district and a nearby youth camp have killed over 80 people Friday. The current death toll represents a shocking surge from the initial 10 reported dead in the explosion earlier today.

Divers searching for victims in a sunken tourist boat in Russia’s Volga River have found approximately 40 children, the highest death toll for children in Russia since a 2004 terrorist attack. 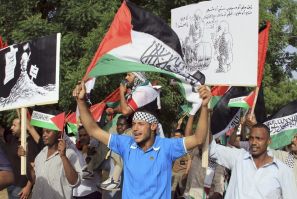 Russia is slated to support Palestine in its bid for recognition as a member state at the United Nations, according to one Palestinian official. 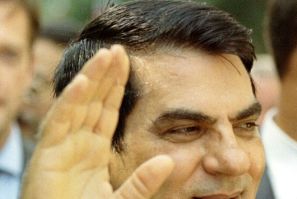 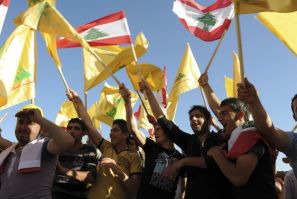 Hezbollah and its allies have gained a greater representation in Lebanon’s new cabinet, following appointments made by the Prime Minister Najib Mikati. 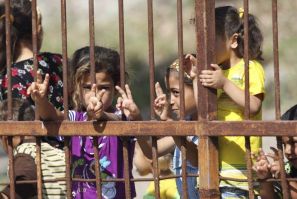 The Syrian army has reportedly deployed its forces and tanks into the northern town of Jisr al-Shughur, where local residents fear they will be massacred in retaliation for what the government claims was the alleged killing of 120 security officers a few days ago. 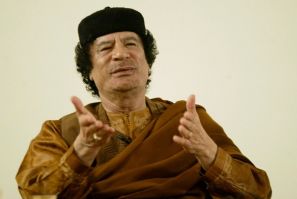 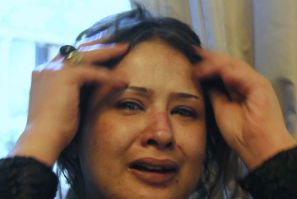 The Libyan woman who announced to international media that she was gang-raped by Gaddafi troupes has been relocated to Romanian UN headquarters.
Latest news
Gay Girl in Damascus Kidnapped: How Should U.S. Respond?
Saleh leaves unstable Yemen for medical care in Saudi Arabia
France may support Palestine in bid for statehood
Palestine vies for representation at the United Nations
Six Turkish Opposition Politicians Resign Amidst Sex Scandal
EDITOR'S PICK