Obama, in Australia, Announces Basing of Marines in Darwin

President Barack Obama and Australian Prime Minister Julia Gillard Wednesday unveiled plans for a deepening of the U.S. military presence in the Asia-Pacific, starting with thousands of U.S. Marines operating out of a de facto military base in the Australian port of Darwin.

If all goes well, India's relation with Australia could change forever, as its Prime Minister Julia Gillard is pushing to lift ban on sales of uranium to India.

Australia has hailed the decision to award the 2018 Commonwealth Games to the Gold Coast as a major economic boost to the subtropical beachside region of Queensland.

Asia-Pacific CEOs will press world leaders on Friday to boost growth and seal a regional trade deal, goals made more urgent by the European debt crisis that has darkened global economic growth prospects.

Eurozone Finds No New Money for Debt Crisis at G20

The Eurozone won verbal support but no new money at a G20 summit on Friday for its tortured efforts to overcome a sovereign debt crisis, while Italy was effectively placed under IMF supervision.

Qantas Airways planes took back to the friendly skies Monday after an Australian court ruled on a bitter labor dispute that grounded the airline's entire fleet over the weekend.

Qantas to resume flights after government intervenes in dispute

Australia's Qantas Airways scrambled to get back in the air on Monday, having grounded its entire fleet over the weekend in a bold tactic to force the government to intervene in the nation's worst labor dispute in a decade.

Qantas Airlines Grounds All Flights in Response to Ongoing Strike

Australian Prime Minister Julia Gillard has urged both the company and labor unions to settle the dispute immediately.

No End in Sight to Qantas Airlines Strike

Workers have been striking against Qantas' plans to restructure the airline, a move that is expected to result in almost 1,000 job cuts.

Upon meeting with the British monarch, Gillard shook hands, but failed to curtsey.

The boy is the youngest Australian to be arrested under Indonesia's drug laws.

Gadhafi on the Brink: World Reacts

Leaders around the world have reacted (mostly) favorably to news that Libyan rebels have captured the capitol city of Tripoli and have arrested two of Moammar Gadhafi’s sons.

The World Bank chief Tuesday called for national governments to seek long-term debt curbs to solve the current sovereign debt crises in Europe and the United States, but said it was too early for special action by the Group of 20 nations.

The World Bank called for national governments to seek long-term debt curbs on Tuesday to solve the current sovereign debt crises in Europe and the United States, but said it was too early for special action by the Group of 20 nations.

Australian Nancy Wake, who as a spy became one of the Allies' most decorated servicewomen for her role in the French resistance during World War II, has died in London, officials said Monday. She was 98. 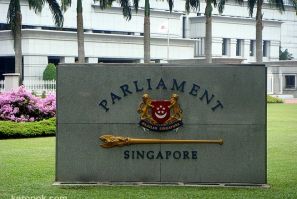 Not only is the Singaporean Prime Minister, Lee Hsien Loong, the highest paid elected leader in the world (bringing home a cool $2.4-million per year), but most of his top ministers earn in excess of $1-million annually (not including generous perks and pensions). 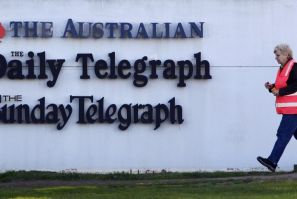 Prime Minister Julia Gillard thinks that Murdoch's Australian papers might be up to no good.

Planking: Why do people plank and how to do it? Pictures and videos of top rated planks

You got a body, you got a Plank, is the universal slogan for planking, an activity that involves a person lying face down, body stiff and often on dangerous or unusual places. Termed by many as an Internet craze, planking is promoted mostly through planking photos uploaded on Facebook and dedicated sites. Planking, also known as lying down game or face downs, often see players compete to find the most unusual and original location in which to plank. 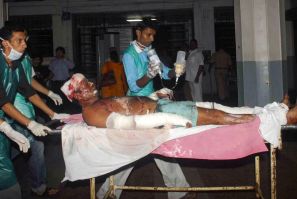 Leaders around the world have united in their condemnation of the bombings in Mumbai which have killed at least 21 people and injured more than 130. 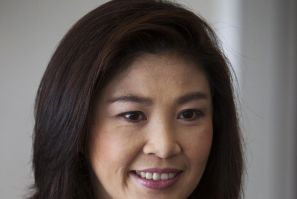 Winds of change - Women set to rule the world?

With the advent of the first female Prime Minister in Thailand, women now seem to be more powerful than ever.

Women will be seen in Australian battlegrounds soon?

A policy overhaul to be decided by Cabinet within weeks would remove all gender barriers from the military next year.