Opponents of the new law fear it will simply encourage kids to embrace gun violence and the murder of helpless animals.

Australian Debate On Asylum-Seekers Highlight Illegal Immigration Crisis Down Under

The Australian government is approaching a compromise on sweeping reforms to immigration policy that would set up controversial offshore detention centers and increase the number of refugees the country accepts annually.

The Australian Senate voted down a bill that would have allowed Australia to deport asylum-seekers to neighboring countries for processing as refugees.

Authorities fear that as many as 75 people have drowned, while some 40 people are currently clinging to the upturned hull of the ship as they wait for rescuers.

The Australian government has released new information about the extensive history of physical and sexual abuse of minors in the military dating back more than five decades.

As Afghanistan troop withdrawals are scheduled for 2014, Australia has renewed its pledge to adhere to NATO plans. But an abrupt U-turn this week indicates the political difficulties of adhering to an international commitment.

Australian PM Calls For Early Withdrawal Of 'Diggers' From Afghanistan

The pullout will see the 1,500-strong Australian contingent leave Afghanistan by the end of 2013, a year earlier than planned, Prime Minister Julia Gillard said Tuesday.

Australia is planning to pull out most of its troops by 2013, a year earlier than planned. Prime Minister Julia Gillard announced Tuesday that the mission in Afghanistan was nearly completed and most of its troops would be back home by 2013, smh.com reported.

Huawei, China's largest equipment manufacturer, has just lost a shot at billions of dollars worth of infrastructure sales to Australia. In light of China's reputation for cyber-espionage, the Australian government has decided to block Huawei from bidding on Australia's roughly AUS$36 billion National Broadband Network project. The decision was reported on March 26.

GM To Invest $1B In Australian Unit, Getting Aussie Govt Subsidy

General Motors Co. will invest more than $1 billion into its Australian subsidy Holden Ltd. for manufacturing and next-generation development with the support of a hotly debated 275 million AUD, $285 million, subsidy from the Australian government.

The new law, which has been the source of fierce battles between industry and government officials for two years, will affect around 30 companies, including international mining giants BHP Billiton, Rio Tinto and Xstrata.

One of the worst affected areas was the New South Wales town of Wagga Wagga, where 8,000 people were ordered to abandon their homes amid warnings flood waters were expected to breach an 11-meter levee, Reuters reported.

Gillard told reporters that she was grateful for the ''overwhelming endorsement'' from her colleagues.

Former Prime Minister Rudd, who was ousted by Gillard in June 2010, said Australians had lost trust in her leadership of the Labor party, which was headed for disaster at the next elections due in late 2013. 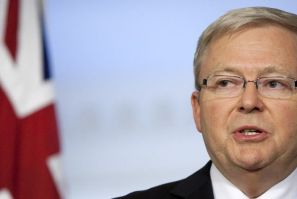 Kevin Rudd Resigns as Aussie FM: 'A Lancing of the Leadership Boil' 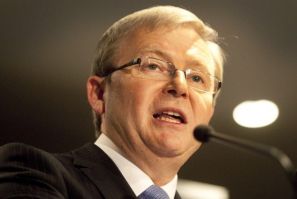 The danger that I see is Europe progressively becoming so introspective and so preoccupied with its internal problems. 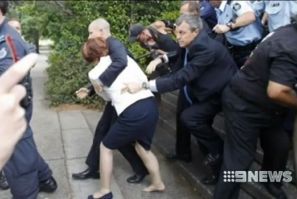 Australian Prime Minister Julia Gillard's media adviser resigned following the incident in which her bodyguard had to drag her to safety through an angry crowd of aboriginal activists in Canberra. 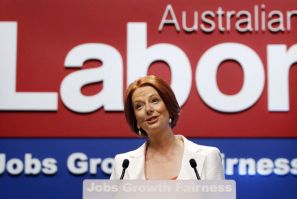 About fifty police officers escorted the two politicians to safety. 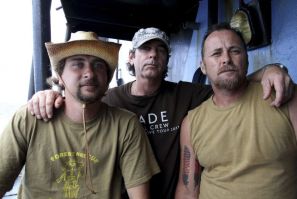 They are apparently on a hunger strike as well. 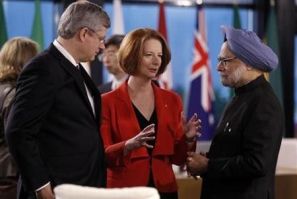 Australia's ruling Labor Party Sunday endorsed plans to open up uranium sales to India, clearing the way for talks on a bilateral nuclear agreement and resolving an issue that has caused diplomatic tensions between the two nations. 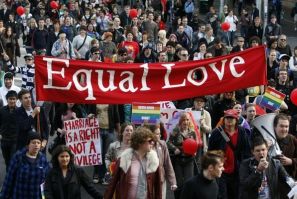 Some states in Australia permit civil unions, while gay marriage is banned in the country as a whole.
Latest news
Australia for Formation of Trilateral Security Pact with U.S., India
Australian govt wins crucial support for mining tax
US, China Hold ‘Constructive’ Talks on Trade, Currency, South China Sea
Obama Australia: Is It Appropriate for Heads of State to Kiss in Public?
Obama says lack of political will to solve Europe
EDITOR'S PICK