An electric Hummer is set to be the next fierce rival of Elon Musk's Tesla pickup.

Discontinued Chevy Volt Is Second Top Selling EV In US

The 'officially dead' Chevrolet Volt was the second top selling electric vehicle in the U.S. in the third quarter of this year.

GM showed off the Chevy E-10 pickup truck concept vehicle at the SEMA show on Tuesday.

US Adds Surprisingly Strong 128,000 Jobs In Oct Amid GM Strike

US Manufacturing Improves In October But Still Slowing: ISM

GM workers react on October 25, 2019 after learning that UAW workers had voted to ratify a bargain with the automaker

United Auto Workers were on strike for 40 days, which hurt GM's profits

Workers will begin returning to work as GM reopens plants.

GM is looking to bring back the Hummer in an all-electric version in late 2021.

GM employees picket outside of the General Motors Renaissance Center in Detroit. An agreement to end the strike includes wage increases, but allows the automaker to close several plants

Members attending the UAW GM Council Meeting walk through a gauntlet of GM employees from the shuttered Lordstown Assembly as they arrive at the General Motors Renaissance Center in Detroit, Michigan, on October 17, 2019

The UAW GM Council meets Thursday to decide whether to accept the agreement to end the monthlong strike.

GM Chief Executive Mary Barra as back at the bargaining table with union leaders amid signs of potential progress in talks to end a strike.

Diana Reed, who has worked for GM for 20 years, said she's begun combing her house for belongings to sell online 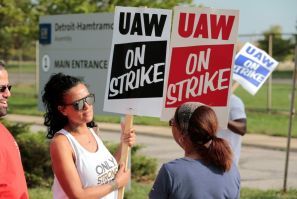 GM Goes Public With Latest Offer As US Strike Grinds On 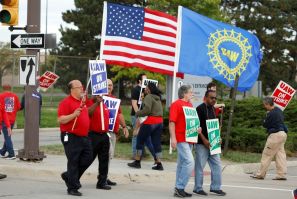 Auto Suppliers Hit As GM Strike In US Grinds On 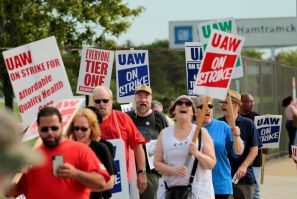 GM has suffered a production loss of 165,000 vehicles amid the UAW strike, according to auto analysts. 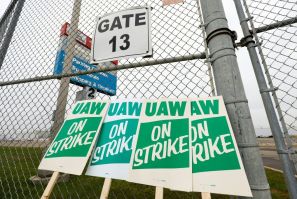 Another Round Of Layoffs Hit GM Workers

GM has laid off another 415 workers at a plant in Mexico as the UAW strike enters its fourth week. 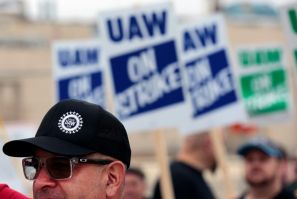 GM workers went out on strike September 16, and union negotiators say talks have taken "a turn for the worse" 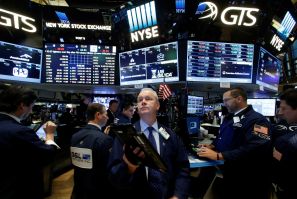