When it comes to manufacturing, industrial robotics is the way of the future.

Robots Dance To BTS' 'Ioniq: I'm On It' On Jimmy Fallon's 'The Tonight Show'

"I love BTS. I've been waiting for this moment," Fallon said as he introduced the robots before their performance.

As the U.S economy goes through the "Great Resignation" of workers following a year of the COVID-19 pandemic, some companies are responding by raising the number of robots in roles previously filled by people.

Walmart’s Robotic Sidekicks Get The Boot

After testing Bossa Nova robots for five years to track inventory, Walmart has ended the partnership.

Robotics Will Eliminate Millions Of Jobs In Coming Years, But Create Nearly As Many

The rapid digitalization of global economies will make many professions obsolete but also lead to newer vocations.

Coronavirus Forces Businesses To Adapt, Robots May Be Considered

Scientists from MIT and Ava Robotics are looking at using robots to disinfect big areas.

NASA is currently looking into the idea of exploring the icy moons of Jupiter and Saturn using steam-powered robots. According to the agency, the unique design of the robots will enable them to explore the moons without affecting its environmental conditions.

This Furry Social Robot Can Boost Mood And Alleviate Pain

Amid the pandemic, where human-to-human contact isn't an option, furry robots can be used for pain management.

'Hardcore Mecha' Is Jumping Platforms Arrives On The PS4 And PC

A side-scrolling action game "Hardcore Mecha" out of China is coming to the Nintendo Switch this October.

'Medibot' To Do Rounds On Malaysian Virus Wards

'Medibot' to do rounds on Malaysian virus wards

The smart robots can also be used in isolation wards, operation rooms and fever clinics for improving the efficiency of coronavirus prevention and control.

Large drones stay in the air because they are powered by large batteries, but tiny drones can't stay airborne for long owing to their smaller batteries.

Side-by-side photos of NASA’s Curiosity clearly show the effect of spending seven years on Mars has on the robotic rover. The images perfectly show how the rover’s appearance has drastically transformed during the course of its mission.

A UFO expert claimed that a photo taken by NASA on Mars showed an alien cocoon next to the Curiosity rover. NASA, on the other hand, has a very different explanation regarding the possible nature of the alleged alien cocoon.

CIMON 2 is heading to the ISS aboard SpaceX's Dragon capsule. Compared to its predecessor, CIMON 2 has been upgraded to provide more than just scientific assistance.

A professor and his team of researchers are looking to develop new robotic technology that can repair and salvage stranded satellites in low-Earth orbit. 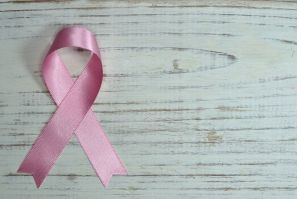 Microsoft is Battling Cancer With AI

Microsoft is currently working with SRL Diagnostics to help the women of India battle cervical cancer. 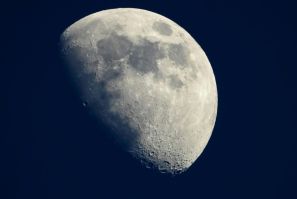 A London-based startup has unveiled its plans to send spider robots to the Moon to explore its hard-to-reach places. According to the company, the robots, which are basically lunar rovers with legs, will be launched to the Moon in about two years. 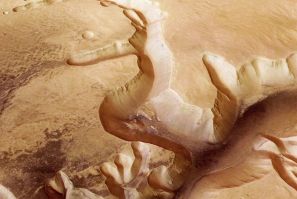 A UFO expert claimed that photos taken by NASA’s Opportunity rover on Mars showed an alien creature that slightly resembles a rabbit. According to the expert, the alleged creature was alive when the photo was taken and that NASA has footage of it as it was moving. 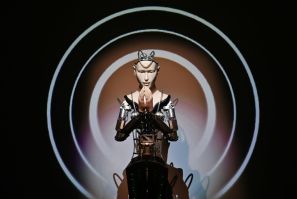 An android, dubbed "Frankenstein's Monster" by the Westerner tourists, has been preaching Buddhist scripture of "Heart-Sutra" at a 400 year old temple in Japan. 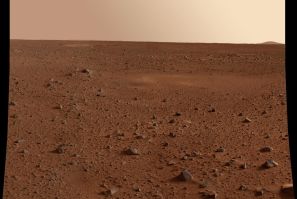 NASA's Curiosity rover supposedly captured this alien dome, according to an alien theorist. 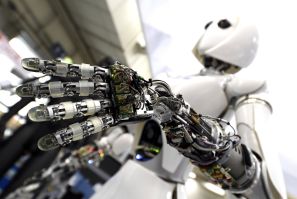 The research will help robots learn how to better grasp and recognize objects. 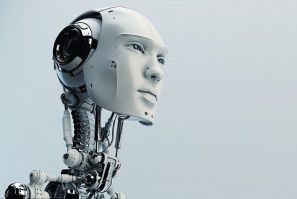 Countries Back Ethics Principles For AI

More than 40 countries voted on international guidelines for the transparent and ethical use of Artificial Intelligence (AI).
Latest news
Facebook Uses Robots To Improve Its Artificial Intelligence Algorithms
Watch: US Army's New Robotic Battle Tank Is Designed To Plough Through Minefields
NASA Sends Robots To ISS To Help Astronauts With Their Chores
How Automation Will Affect The Workforce
Scientists Could Soon Make Terminator-Like Robots
EDITOR'S PICK