Beyoncé brought Blue Ivy onstage as she sang "Irreplaceable" during a concert performance in London.

Photos of the stars on the red carpet ahead of the 2013 Brit Awards.

The 2013 Brit Awards are nearly here! Here are the nominees and live stream information for UK's hottest award show and red carpet.

Alcohol poisoning has been confirmed as the cause of Amy Winehouse's death.

Why It's Dangerous To Be A Solo Pop Star In America

A new study found that solo artists are more likely to die young than band members -- and American artists have double the risk of Europeans.

The coroner that performed Amy Winehouse's autopsy was found to be under qualified, prompting authorities to re-open investigations.

A stage play about the troubled British singer Amy Winehouse has been canceled after her father, Mitch Winehouse, denied the Royal Danish Theatre rights to use her music.

A house that belonged to the late singer Amy Winehouse will be auctioned, with a starting price £1 million ($1.59 million) less than when the house was initially placed on the market.

Blake Fielder-Civil , Amy Winehouse's ex-husband, is reportedly on life support in a medically induced coma after an alleged overdose

Will Amy Winehouse Biopic Ever Happen?

One surefire way to solidify Winehouse's legacy would be through an old-fashioned rock 'n' roll biopic -- Hollywood's time-honored method of immortalizing celebrated music figures with dramatized accounts of their lives and works.

Reginald Reg Traviss, the boyfriend of late singer Amy Winehouse, has been charged with two counts of rape after allegations were made against him in January.

How did she behave toward the end?

Painting Smeared With Amy Winehouse's Blood To Be Auctioned

A self-portrait of late Amy Winehouse, smeared with the singer's blood, has been put on auction. The portrait, Lady Like, was painted by singer Pete Doherty, who was a close friend of Amy, in collaboration with her.

Miley Cyrus is once again in the middle of a controversy. It's not her bra-less outings, too-skinny body or table dancing that is turning heads. New tweets and photos reveal that the starlet might be cutting herself.

Amy Winehouse Estate: How Does it Compare To Other Celebrities'?

Amy Winehouse passed away at the young age of 27 from accidental alcohol poisoning eight months ago and did not leave a will.

The In Memoriam montage is the single most troubling element of the Oscar show every year, Academy director Bruce Davis said. 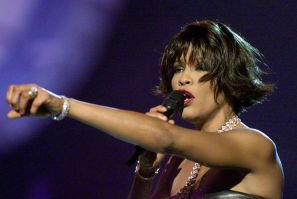 Whitney Houston's signature 1992 hit I Will Always Love You has re-entered Billboard's Hot 100 chart at #7 in the wake of her death, a historic move for a single. 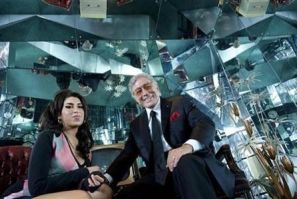 Tony Bennett Is Right: Legalizing Drugs Would Save Lives

First it was Michael Jackson, then it was Amy Winehouse and now the magnificent Whitney Houston. I'd like to have every gentleman and lady in this room commit themselves to get our government to legalize drugs. So they have to get it through a doctor, not just some gangsters that sell it under the table. 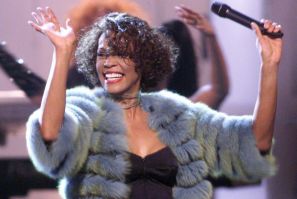 Drugs? Booze? Suicide? Drowning? Speculation on the cause of Whitney Houston's sudden death have run the gamut since the singer was found on Saturday. But don't jump to conclusions.

Whitney Houston: Details of Death Emerge and Autopsy is Performed

The morning after Clive Davis' Grammy party turned into a celebratory tribute, details surrounding the death of Whitney Houston began to emerge. 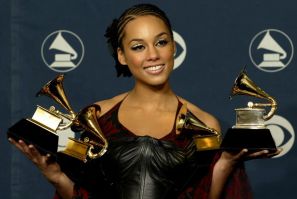 Grammy Best New Artist Winners of the Past Decade: Where Are They Now? [PHOTOS]

From Alicia Keys to Bon Iver, here are the Best New Artists of the past decade. 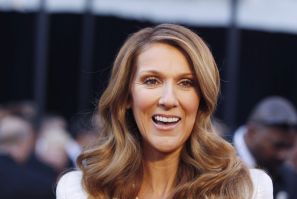 Although details about the cause of Whitney Houston's death have not been revealed, another popular diva from north of the border has spoken out about the death of Houston at the age of 48. Celine Dion, best known for her single from The Titanic soundtrack My Heart Will Go On, participated in a phone interview on Monday's Good Morning America show. 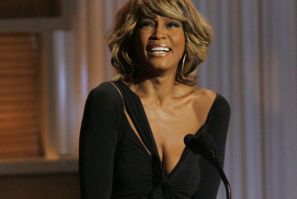 Whitney Houston's death was a blow to the music industry. Houston was renowned as one of the most talented artists in the history of pop music. From I Will Always Love You to How Will I Know, Houston gave the world the gift of music in a way few other could.
Latest news
Grammys 2012: Full List Of Grammy Award Winners, Adele to Taylor Swift
Adele Steals the Show at Grammy Awards 2012; Scoops 6 Grammys
Grammy Awards 2012 Winners [PHOTOS]
Adele wins four early Grammys, Foo Fighters five
Whitney Houston Cause of Death: Autopsy is Performed
EDITOR'S PICK