Amy Winehouse Tragedy: Is it Possible to Die from Alcohol Withdrawal?

Amy Winehouse may have died from alcohol withdrawal.

Thousands of Amy Winehouse fans went to "Rehab" in the United States for a fresh listen to the British songstress who died late last week, according to figures released on Tuesday.

The co-founder of Passages Malibu treatment center thinks that Amy Winehouse's "membership" in the so-called 27 Club may have been by design, not just an eerie coincidence.

There is "plenty" of material, her spokesman Chris Good man said, but no decisions have been made yet on what to do those materials.

At least a dozen 'never heard' songs by Amy Winehouse could be released this year, according to Chris Goodman, a spokesman close to the Winehouse family of the late 'Back To Black' singer and songwriter. The songs are said to be "personal and autobiographical."

A look at some famous ink, as Kat Von D vows to keep her tattoo of ex Jesse James

Amy Winehouse's "Back to Black" back on Billboard's Top 10

Amy Winehouse's music was said to be a big influence on Adele's. And for at least one week, these two British neo-soul sisters get to share the top 10, as Winehouse reentered the Billboard album sales chart at No. 9, while the indomitable Adele moved back up into the top position.

MTV will air a performance given in 2007

Amy Winehouse Dead for 'Several Hours' Before Paramedics Arrived: Had Seen a Doctor the Day Before

Police found no evidence of drugs

An autopsy to determine the cause of death was done on Monday at the St. Pancras Mortuary, but it came up inconclusive. Coroner Sharon Duff said an investigation will be launched on Oct. 26 to find out what killed the Grammy Award winner on July 23.

The autopsy of Amy Winehouse is inconclusive and provided no closure to friends and fans who wanted to know the cause of her death.

Since her untimely death on Saturday, which placed her in the so-called "27 Club," Amy Winehouse's record sales have skyrocketed, just as they did for Michael Jackson following his death in June 2009.

Thousands of Amy Winehouse fans went to "Rehab" in the United States for a fresh listen to the British songstress who died late last week, according to figures released on Tuesday.

Amy Winehouse Death Unexplained; Shrine of Flowers Outside Her Home 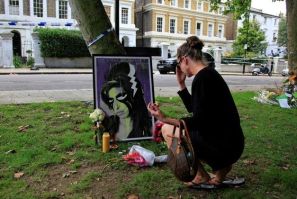 Amy Winehouse Cause of Death: No Drugs Found in the Singer?s Home

No drugs or paraphernalia were found in Amy Winehouse's Camden home in north London, police said.

Singer Amy Winehouse died Saturday, though the cause of death remains unknown. The singer was reportedly dead for up to six hours before her passing was discovered. 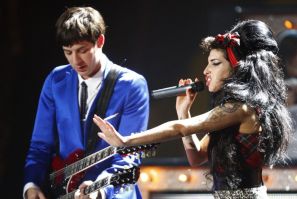 Amy Winehouse's funeral can be expected this week. 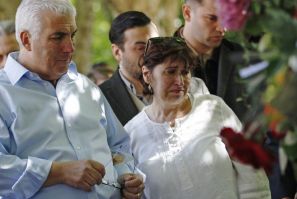 Amy Winehouse's autopsy proved to be inconclusive, leaving the reason for her death still unknown. 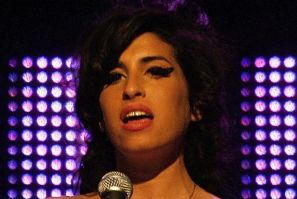 Among those who came out to mourn the British singer's death were producer Mark Ronson and Kelly Osbourne. Osbourne wore her hair like a beehive echoing Amy Winehouse's trademark hairstyle, according to The Associated Press. 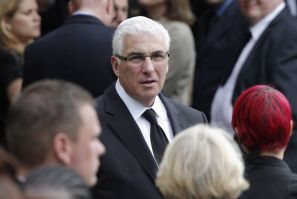 The death of Amy Winehouse has sparked not only international bereavement, but a philanthropic opportunity. Mitch Winehouse, Amy's father, announced plans at her funeral Tuesday to create a foundation in her name aimed for children and drug addicts. 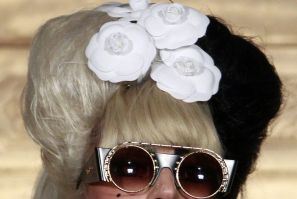 "I loved her and I just remember feeling like I wasn't alone because she was so different and she was so special. It's really devastating and I think it's a lesson to the world: Don't kill the superstar. Take care of her. Take care of her soul," Lady Gaga said.
Latest news
Amy Winehouse Death, £10 Million Fortune Goes to Family
'Goodnight, Amy, Sleep Tight': Winehouse's Private Funeral (Photos)
'Goodnight, Amy, Sleep Tight': Winehouse's Private Funeral (Photos)
Amy Winehouse Funeral: Father Proposes Foundation to Help Addicts
Amy Winehouse Death a Suicide?
EDITOR'S PICK