The General Electric Company, or GE (NYSE: GE), is a multinational American technology and services conglomerate incorporated in the State of New York. In 2009, Forbes ranked GE as the world's largest company. The company has 323,000 employees around the world.

General Electric Upbeat On 2021 After Profitable 2020

General Electric upbeat on 2021 after profitable 2020

The corporation is purchasing and combining with TD Ameritrade, which means an overlapping of positions that are seeing cuts.

Tel Aviv To Be The First City To Test Electric Roads

Tel Aviv-Yafo Municipality will test a new technology that will power electric vehicles via electric roads. Tests will be conducted on specially equipped buses.

Cable giant has a strong broadband business, but its media divisions have weakened

General Electric's CEO H. Lawrence Culp Jr. showed optimism for the company for Q3 and beyond. Here's what he had to say.

The coronavirus’s impact on plane travel “has proven to be a lot worse” than what Raytheon originally expected, its CEO said.

GE owns about a 37% stake in the oilfield services company.

GE shares have dropped 38% this year

The landmark ruling opens the way for German VW owners whose vehicles were equipped with devices that gave false emissions readings during testing to claim compensation.

GE's aviation division plans to cut 25% of its workforce amid the coronavirus pandemic.

US Equities Rise Ahead Of Federal Reserve Decision, Statement

U.S. stocks traded higher on Wednesday ahead of the Fed’s policy statement

Ford will continue to delay production at its North American production plants as it looks to produce ventilators for coronavirus patients. 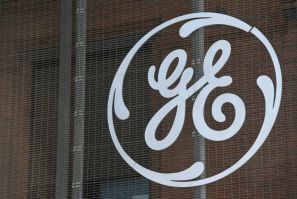 Reports that the Trump administration is considering a ban on the sale of GE engines for use in China's first major commercial airliner Comac C919 has roiled the global aviation industry. 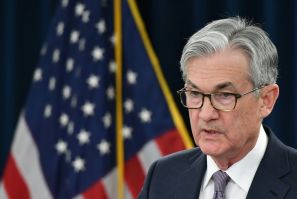 GE To Freeze Pensions Of 20,000 Employees

GE said it will freeze the pension plans of 20,000 salaried employees as well as 700 executives. 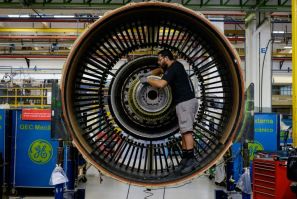 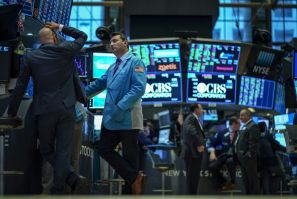 GE got a much needed financial lifeline with the sale of its life sciences business for $21 billion.