An massive 8.9 magnitude earthquake hit off the northeastern coast of Japan on March 11, 2011, triggering a massive tsunami which caused alerts to go up along the pacific basin.

Japan Earthquake 2012: Tokyo At Risk For Major Disaster In Near Future

Just days after the somber one-year anniversary of the March 11 earthquake and tsunami that killed nearly 16,000 people in 2011, Japan was struck by two new earthquakes.

6.9 Magnitude Earthquake off Okinawa; What Holds Clues to Massive Quakes?

An earthquake of 6.9 magnitude was recorded, off the northwest coast of Okinawa, Japan, at noon on Tuesday, according to the U.S. Geological Survey.

Vibrations from the devastating earthquake that hit Japan in March 2011, triggering a massive tsunami, had almost reached the outer space, a new study has revealed.

Panasonic may build homes with energy enhancing devices on its former factory sites post the devastating Japan quake that cut power supplies and wreaked widespread havoc in the nation.

Japan Hit by 7.3 Magnitude Earthquake; Where Do Clues to Massive Quake Lie?

Yet another massive earthquake of a 7.3 magnitude jolted Japan's northeastern coast on Sunday that triggered a brief tsunami warning for the area, which is still recovering from the March 11th earthquake and resulting tsunami that destroyed houses, power and swept away whole towns.

Justin Beiber met with fanst at the U.S. ambassador's residence where he talked with quake victims

Travel in Japan rebounding a month after the quake

Local travel agencies are reporting of tourism to have started gaining momentum in the country, a month after the massive magnitude 9.0 earthquake, which triggered the tsunami and nuclear crisis in Japan.

Two of the world's largest concrete pumps - normally used for concrete in construction projects - departed from the United States on Saturday morning to Japan's Fukushima Daiichi plant to help contain the damaged nuclear reactors there.

Scenes of caution, cleanup and everyday life played out amid a backdrop of catastrophe and new concerns on Friday, a day after a major 7.4 magnitude aftershock struck northeastern Japan following a 9.0 quake in March.

Hawaii to be hit by Japan quake-tsunami debris

A giant island of earthquake-tsunami debris is floating in the sea and will hit the Hawaiian islands in the months to come, researchers have said, according to CNN.

US stocks decline after Japan quake

U.S. stocks declined on Thursday after reports of another earthquake hitting Japan in less than a month, but markets were off their lows after a tsunami warning was lifted.

No additional damage at Fukushima plant from new quake: TEPCO

Japan’s NHK public television has reported that today’s earthquake off the coast of northeast Japan has not caused any additional damage to the Fukushima nuclear power plant, quoting the Tokyo Electric Power Co. (TEPCO).

The Japanese government will look at altering the threshold for radiation exposure as it evaluates whether people can return to the exclusion zones around the damaged Fukushima Daiichi nuclear power plant.

Tokyo Electric Power Co. plans to inject nitrogen into one of the reactors to prevent a hydrogen explosion at the Fukushima Daiichi nuclear power station.

Tokyo Electric Power Co. plans to inject nitrogen into one of the reactors to prevent a hydrogen explosion at the Fukushima Daiichi nuclear power station.

Japanese authorities are reporting high levels of cesium in fish off the coast of Ibaraki, about 80 miles south of the Fukushima Daiichi nuclear power station. 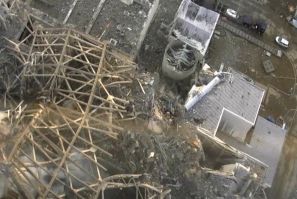 Here is the latest update on the ongoing nuclear crisis as the quake-damaged Fukushima power plant in Japan.

Radioactive material has been found in the groundwater near the Fukushima Daiichi nuclear power plant. 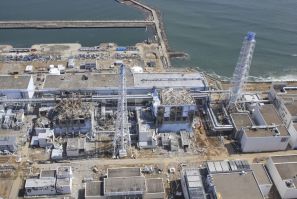 Even as Tokyo Electric Power Company acknowledged that it will decommission four of the six nuclear reactors at the Fukushima Daiichi nuclear plant, there is still the problem of a massive cleanup. 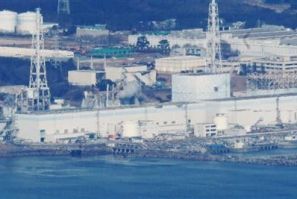 Update from IAEA on ongoing crisis at Fukushima nuclear plant 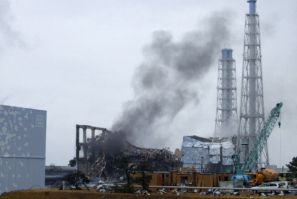 The International Atomic Energy Agency says it has measured levels of radiation in a small village northwest of the Fukushima Daiichi nuclear power plant high enough that it would recommend evacuation. 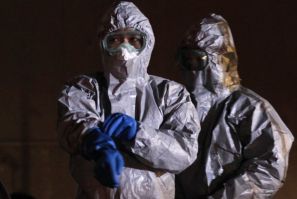 The Japanese government said it has no plans currently to widen the evacuation zone outside the damaged nuclear power plant at Fukushima, despite warnings from the UN nuclear watchdog that high radiation levels have been detected beyond the current no-go zone.
Latest news
Update from IAEA on ongoing crisis at Fukushima nuclear plant
Radiation Spikes In Seawater Near Fukushima Reactor
Tsunami Up Close From Rooftop Video in Kesennuma, Japan (VIDEO)
Update from IAEA on Fukushima Nuclear Power Plant Crisis
Thousands of bodies remain unidentified in Japanese quake zone
EDITOR'S PICK